The 7 Most Annoying Young Celebrities In Hollywood 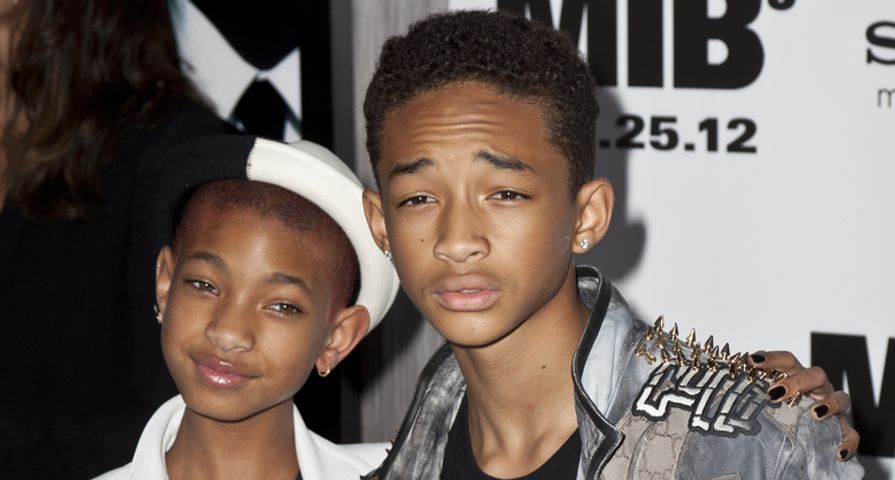 Hollywood seems to favor its young celebrities. They get more jobs; they get more publicity; and they are considered far more attractive than their aging counterparts. While this is good for them, it isn’t really good for anyone else. Giving all these young stars the spotlight only let’s us know just ignorant and inexperienced they really are. Many of them have no wisdom to share – just opinions. These young celebrities are only really after attention and, because of how ignorant many of them are, they end up really embarrassing themselves and annoying everyone else. Here are 7 of Hollywood’s most annoying young celebrities!

Justin Bieber may have kept a relatively low profile this year; however, he is still one of the most annoying celebrities out there. He’s done enough over the last five years to keep him on a list like this indefinitely. He’s totally entitled and totally disrespectful to anyone and everyone. It doesn’t matter whether you’re Bill Clinton, Orlando Bloom, a pap or one of his fans – he will disrespect you because he can.

When he was forced to give an out of court testimony earlier this year at a Miami deposition, Bieber proved to everyone just how big of a brat he really is. When the paparazzo’s lawyers grilled him about his relationship with Selena Gomez, certain discussions he had with his manager Scooter Braun about the paps and how he was the discovered, the pop star threw a bit of a hissy fit. He ended storming out of the meeting with his lawyer. It looks like he’s going to have to go back and finish answering the questions though. Hopefully they can keep his annoying behavior in check this time.

One of the most annoying things about little Kylie Jenner is how much she loves attention. She comes by it honestly – after all, her half sister is Kim Kardashian. Over the last few months, this 17-year-old girl’s lips have changed a lot and we wouldn’t have known just how big the change was if it wasn’t for Instagram. Kylie is constantly updating it with new pictures and, in every new photo, her lips look bigger, like she’s had some injections. She and her sisters claim it’s only lip liner; however, that shouldn’t make them stick out the way that they now do.

Kylie recently took to Twitter to let everyone know just how bored she is with people speculating about her lips. “How long are we gonna talk about this lip thing lmao,” she tweeted. “Let’s get our lives together guys and talk about some important s**t. Just talk about something new at least. I’m bored.” She loves that we are interested. If it weren’t for the whole lip situation, she’d be the forgotten Jenner sister.

Miley Cyrus reached a whole new level of fame last year thanks to her obnoxious performance with Robin Thicke at the 2013 MTV Video Music Awards. Her twerking and inappropriate use of a foam hand got everyone’s attention and now just the sight of her with her tongue sticking out is enough to annoy most people. She really wanted this level of attention and now she has it. Unfortunately for us, we’re totally sick of her and her antics.

The most depressing thing about Miley Cyrus is how dim-witted she actually comes across in interviews. Ronan Farrow interviewed her for W magazine earlier this year and we assume that he was pretty disappointed. She talked with passion about how much she loves to smoke weed and then went into a rant about aliens. Poor Farrow thought that she was talking about the immigration policy. Cyrus is only after pure-unadulterated attention – nothing more – which makes her pretty annoying.

A year ago, everyone loved Jennifer Lawrence. She was funny, honest and just totally refreshing. A lot can change in a year. Now people are pretty much over her. She talks about the same things over and over again in interviews. She loves Doritos; she hates the paparazzi; and she doesn’t really want to be this famous. We’ve heard the same thing so much that it has totally lost its appeal.

One of the most annoying things that she goes on about is her weight and the whole concept of dieting in Hollywood. We get it. She’s not stick thin and she loves to eat cool ranch Doritos. She’d rather not give that up to be skinny and miserable because in life people should be happy. The worst part is when she compares herself to Val Kilmer. JLaw needs a better shtick. The whole “I’m against dieting” thing is getting old. She is not even close to being fat, not even by Hollywood’s standards.

Some people might think Shailene Woodley is wise; however, we completely disagree. She is only 23-years-old and, as such, has a limited amount of life experience. We personally think that she just has a lot of opinions and she’s not shy about of sharing them – even if she has no real understanding what she’s talking about.

So far, Woodley has talked about a number of controversial topics and she’s offered equally controversial opinions. She told one interviewer that she doesn’t consider herself a feminist because “feminist is a word that discriminates” and she’s “not into that.” In an interview with Marie Claire, she admitted that she doesn’t believe in monogamy: “I don’t even know if humans are genetically made to be with one person forever.” Woodley is probably just young and confused. Right now, it’s hip in Hollywood to trash monogamy and she’s just another celebrity who jumped on the bandwagon without even understanding what monogamy really is.

Now that Meghan Trainor is ruling the pop charts, people are suddenly really interested in what she has to say. She says that she’s all about body acceptance, which may or may not be true; however, she and her message both come across as being really manufactured. She may talk about girls needing to love themselves more, but in her lyrics to “All About That Bass,” she says that it is good to have a big booty because that’s what guys like.

Trainor is only 20, so she’s still figuring stuff out; however, many of her opinions make her seem really clueless, especially the ones she has on feminism. Poor girl doesn’t know what the word means. “I don’t consider myself a feminist, but I’m down for my first opportunity to say something to the world to be so meaningful. If you asked me, ‘What do you want to say?’ it would be, ‘Love yourself more,’” she told Billboard. It is comments like these that make her incredibly annoying.

Jaden and Willow Smith are just a couple of homeschooled Scientologists, so we generally know better than to expect anything insightful or intelligent to come from them. The New York Times recently interviewed them (for some odd reason) and much of what came from the interview only gave further proof to why homeschooling and Scientology are probably a really bad mix.

In the interview, these two came off as incredibly brainwashed and totally unaware of just how out of touch they really are. Jaden claimed that that kids “never learn anything in school” and Willow made a comment about when babies are “in the stomach.” The amount of psychobabble that came from these two was incredible and only proved just how much they are in need of a real education. As far as second generation celebrities go, these two are by far some of the worst – they are annoying, ignorant and totally unaware.