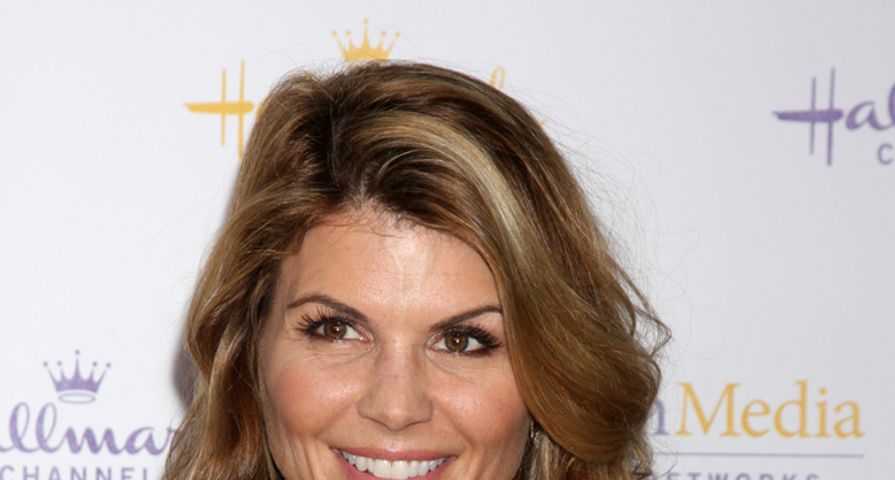 Natascha McElhorne’s character Karen on “Californication” has her work cut out for her. In spite of being ridiculously beautiful with her ethereal looks, she can’t seem to lock down Hank, her on-off love and father of her child. According to the English actress, her character is trying to inspire Hank to change. “Rather than wishing to change him. She’s trying to make him realize his best self – as much for his sake as hers and their daughter’s,” she said.

Eva Longoria may have had two overweight daughters on the hit drama “Desperate Housewives;” but her character Gabrielle Solis was downright sexy. Longoria became an overnight sensation thanks to her portrayal of the beautiful and seductive housewife Gabrielle. Her beauty wasn’t the only thing people were impressed with. For her portrayal of Gabrielle, Eva was nominated for a Golden Globe Award.

Sofia Vergara is easily one of the hottest moms on TV. Her outrageous portrayal of the feisty and fun-loving mother Gloria Delgado-Pritchett on “Modern Family” has made her a household name. Even though she is drop dead gorgeous, she isn’t just another pretty face – she is a talented actress as well! For her role on “Modern Family,” she has been nominated for four Golden Globe Awards, four Primetime Emmy Awards and seven Screen Actors Guild Awards.

On “Friday Night Lights,” Connie Britton brilliantly portrayed the wife of a small town high school football coach who becomes the high school’s guidance counselor. During her time on the show, Britton developed a following for her performance. The New York Times described her as “something of an icon, a 40-something sex symbol and role model.” They couldn’t be more accurate about the sex symbol part – she is exquisitely beautiful with her light auburn hair and stunning green eyes.

Julie Bowen is another hot TV show mom who is more than just a pretty face. Her portrayal of Claire Dunphy on “Modern Family” has earned her nothing but praise. “Bowen’s Claire could have been a blank blonde cipher. Far from it: Bowen’s wide array of silent gazes at the camera, her slow-burns at her clan’s bad behavior, and her ability to freak out without seeming nutso crazy makes her an essential, stand-out part of TV’s best freshman ensemble cast,” Ken Tucker of Entertainment Weekly said. We couldn’t agree more!

Kelly Rowan is best known for her portrayal of the Kirsten Cohen on “The O.C.” Kirsten was practically perfect. She was a great mother, had a great relationship with her husband, Sandy, and had a great career in real estate. Even when she struggled with alcoholism and her dismissive father, it was hard not to root for her. Rowan’s great facial structure, toned physical and beautiful face made her a little too enviable.

January Jones – who plays icy housewife Betty Draper Francis on the hit drama “Mad Men” – is one of the worst mothers on television; however, with her Grace Kelly looks, it is easy to overlook her bad parenting. Jones must have made quite the impression on creator Matthew Weiner when she unsuccessfully auditioned for the role of Peggy Olsen. Even though Betty Draper had no story line at the time, he wrote a couple of scenes for her and had Jones come in and read. He was smitten with her – and the rest is history!

Melinda Clarke captured our hearts on “The O.C.” as the shallow, materialistic and beautiful Julie Cooper. Even though Julie came across as superficial and questionable – she did have an affair with her daughter’s ex boyfriend during season one – Clarke  took a character that could have been one dimensional and successfully turned her into a multi-dimensional woman with more depth than any of “The Real Housewives of Orange County.”

Lori Loughlin has played a hot mom on more than one TV show. She played Becky Katsopolis, who had twin boys with her husband Jesse, on the hit sitcom “Full House” and, on “90210,” she played Anne and Dixon Wilson’s gorgeous mom, Debbie. Considering the time gap between “Full House” and “90210,” Loughlin hasn’t aged a day and looks just as fresh faced as she did thirteen years earlier. Needless to say, she’s one of the hottest TV moms of our time.

Portia de Rossi’s character on “Arrested Development,” Lindsay Bluth Fünke, is one of the worst mothers on television, but she is also one of the most beautiful. Throughout the four seasons of the show, Lindsay proves time and time again that she is greedy, selfish and materialistic; however, her blond hair, flawless complexion and toned physique make her a sight for sore eyes. It is hard to dislike a character when she looks like Lindsay!

Mary-Louise Parker has this haunting sort of beauty. When she starred on the Showtime television series “Weeds” as Nancy Botwin, a soccer mom turned drug dealer, she turned a lot of heads. Her character often paraded around in short shorts, showing off her long, lean legs. With her milky complexion, deep brown eyes and dark hair, she looked like she could have passed as a character in an Edgar Allen Poe story. Long story short – Mary-Louise Parker is one hell of a hot TV mom!