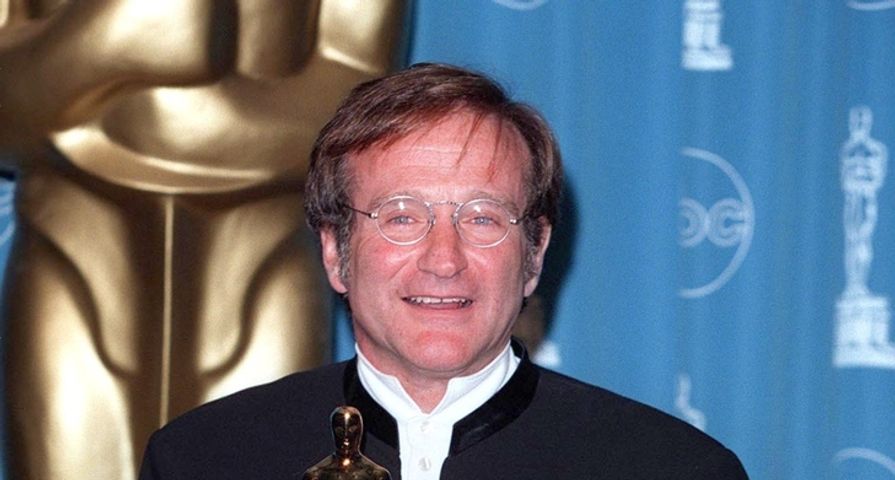 Robin Williams had a successful career in stand up comedy, television and film before making the decision to take his own life on August 11, 2014. Even though he is mostly known for his comedic performances, he was also skilled as a dramatic actor. He was nominated for four Academy Awards in total; however, the only Oscar he ended up winning was for the dramatic role he had in “Good Will Hunting” as a therapist. Sadly, we won’t be see anything else from this wonderfully gifted actor. In honor of his prolific career in movies, we’ve taken a look at his 9 best performances. Check them out:

Robin Williams’ performance as an irreverent American military radio DJ who is assigned to the US Armed Services Station during the Vietnam War in “Good Morning, Vietnam” was one of his most memorable. His character is funny, sensitive, dramatic and improvisational – many of the speeches were actually improvised by Williams. His performance is so inspired that it nabbed him a Golden Globe Award and his first Academy Award nomination for Best Actor in a Leading Role.

Robin Williams proved that he is much more than a comedian with his performance as an unorthodox English teacher in “Dead Poets Society.” The Washington Post reviewer praised Williams for giving “a nicely restrained acting performance” while Vincent Canby of The New York Times praised him for giving “an exceptionally fine performance.” Williams earned nominations for an Academy Award, a Golden Globe and a BAFTA Award for this performance.

Robin Williams delivered a moving performance in “Awakenings.” He played Dr. Malcolm Sayer, a fictionalized version of British neurologists Oliver Sacks, who also discovers the beneficial effects of L-Dopa and begins administering it to patients. The Rolling Stone gave Williams a glowing review of his performance. “Williams gets under the skin of this shy, committed doctor, registering every nuance of victory and heartbreak; this is his most mature screen work to date.”

Robin Williams received another Academy Award nomination for his portrayal of Parry, a troubled homeless man, in “The Fisher King.” The film itself was also a critical success, but Williams’ comedic performance definitely stands out. The New York Times gave him a favorable review. “Mr. Williams, when not off on any of his various tangents, brings a disarming warmth and gentleness to the fiendishly comic Parry.”

Robin Williams lent his voice to Disney’s animated film “Aladdin.” He had the role of the Genie. The film’s directors wrote the part for Williams, who wasn’t especially interested in being involved. To persuade him, the directors created a reel with Williams’ voice doing stand up to the animation of the Genie. He was so impressed that that he signed on. Williams put his improvisation skills to good use during filming, as most of most of his dialogue in the film was improvised.

Robin Williams showed off his comedic acting abilities in “Mrs. Doubtfire.” He took on the role of a man who dressed as a dowager in an effort to see more of his children and spy on his estranged wife. Even though the film received mixed reviews, it won the Academy Award for Best Makeup and it was so successful financially that it is the second highest grossing film of 1993, behind only “Jurassic Park.”

Robin Williams proved once again that he can handle the lead role in a big blockbuster film when he played Peter Pan/Banning, a corporate lawyer who must get in touch with his inner child to get his children back from Captain Hook, played by Dustin Hoffman. Although the film was considered a commercial success, the critics were less than impressed with it. Even the director Steven Spielberg said that he didn’t like the film.

Robin Williams’ performance as a gay cabaret owner in “The Birdcage” was lauded by critics. According to The New York Times, “The Birdcage might seem an odd occasion to find Mr. Williams playing things straight, but this is one of his most cohesive and least antic performances. It’s also a mischievously funny one: he does a fine job of integrating gag lines with semi-serious acting, all the while modeling a delirious, silky wardrobe with the emphasis on nightmare prints.”

Robin Williams’ performance in “Good Will Hunting” as Dr. Sean Maguire, the therapist/mentor who teaches Matt Damon’s character to reach higher, is considered one of his best. The film received universal acclaim; however, Williams’ performance, which was partly improvised, stood out the most. He was awarded his first and only Academy Award for Best Supporting Actor for his portrayal of Maguire.