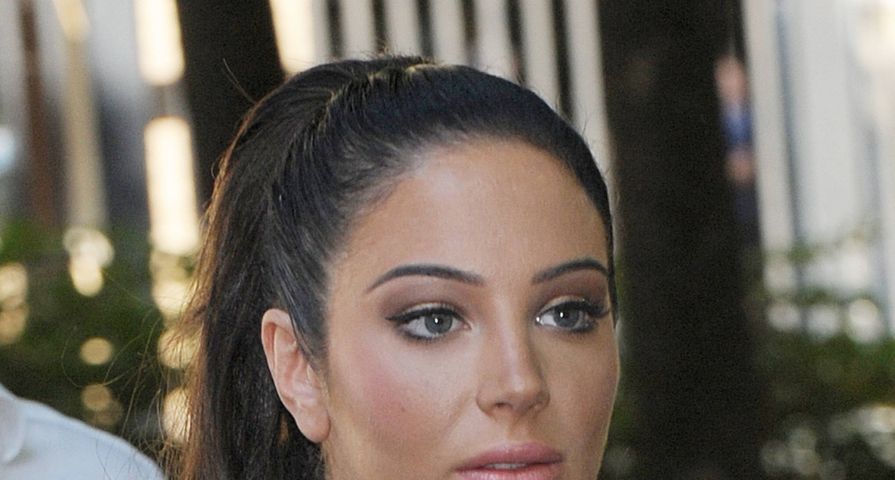 British pop star TULISA CONTOSTAVLOS brokered a $1,360 (£800) cocaine deal for an undercover reporter after becoming convinced he was a movie producer who was lining her up for a major Hollywood role opposite LEONARDO DICAPRIO, a court has heard.

The former N-Dubz singer is on trial for allegedly arranging for a drug-dealing pal to sell half an ounce of the illegal drug to a man she believed was a leading film studio boss. However, he was really notorious U.K. undercover journalist Mazher Mahmood, and Contostavlos was subsequently charged by cops after the story appeared in The Sun on Sunday newspaper.

At the opening of her trial at London’s Southwark Crown Court on Wednesday (16Jul14), the jury was told Contostavlos was once a member of a street gang which sold crack cocaine. She met with Mahmood – who was using the cover name ‘Samir Khan’ – at swanky hotels in Las Vegas and London last year (13) after he told her agent he could land her a role in a “big production” alongside Titanic star DiCaprio.

Prosecutor Timothy Cray told the court, “It is clear the defendant was very keen to break into films and she and her manager swallowed the story completely. She was told that she would be more suitable for the film than Keira Knightley or Kate Winslet.”

The jury heard that the pop star, who was also a judge and mentor on the U.K.’s The X Factor for two seasons, later agreed to sell Mahmood cocaine and used the term “white sweets” as code for the drug in text messages.

She allegedly arranged for her pal, rapper Mike Coombs, to supply the drug to the reporter in a room at London’s Dorchester hotel in May, 2013. The prosecutor added, “We say that the defendant was instrumental in arranging the supply of cocaine carried out in the Dorchester… Although the defendant had not negotiated the price or the amount, she had done all she could to make a supply of cocaine happen and the charge reflects her involvement in the supply of the drug.”

Contostavlos, of Friern Barnet, north London, denies being concerned in the supply of cocaine. The trial continues.

Also Check Out: 9 Celebrities Who Admit To Struggling With Drugs And Alcohol