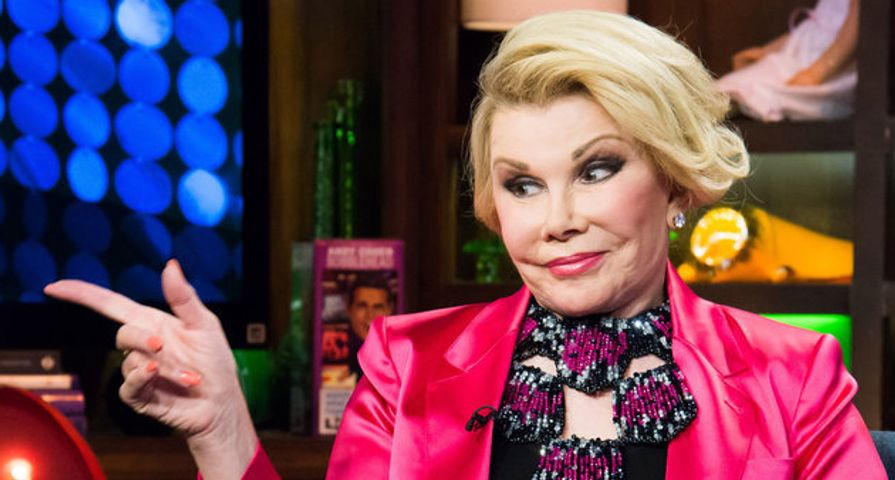 (NEW YORK) — A source is telling the New York Daily News that Joan Rivers’ doctor allegedly interrupted an endoscopy being performed on the comic to do an unplanned biopsy that cut off her air supply. The biopsy should only be performed in a hospital, the source explains.

According to the source, Rivers’ doctor was on hand — but not performing — the scheduled procedure at Yorkville Endoscopy on August 28th in New York City, when the comedienne’s physician noticed something on her vocal cord and asked for instruments to take a biopsy himself. “He asked and they let him,” the source said, adding, “A huge no-no.”

The source tells the paper that when Rivers’ doctor manipulated her vocal cords, they seized — called a laryngospasm — which cut off her air supply.

Rivers was undergoing what Deborah Norville described to ABC News as “a diagnostic procedure…[to] see why her voice had gotten raspy.”

Rivers reportedly went into cardiac arrest. She died last Thursday at the age of 81.

Meanwhile, when The Celebrity Apprentice returns to NBC, the show will feature a couple of guest appearances by the late legend, Donald Trump revealed on Twitter. He wrote, “We just finished shooting a new season of Celebrity Apprentice and happily for all, Joan plays my advisor in two episodes. She was great!”

NBC has yet to announce a premiere date for the new season of Trump’s competition.

Rivers won the 2009 season of The Celebrity Apprentice, which also featured her daughter, Melissa Rivers. She later served as an advisor on the show in 2012 and 2013.
Follow @ABCNewsRadio