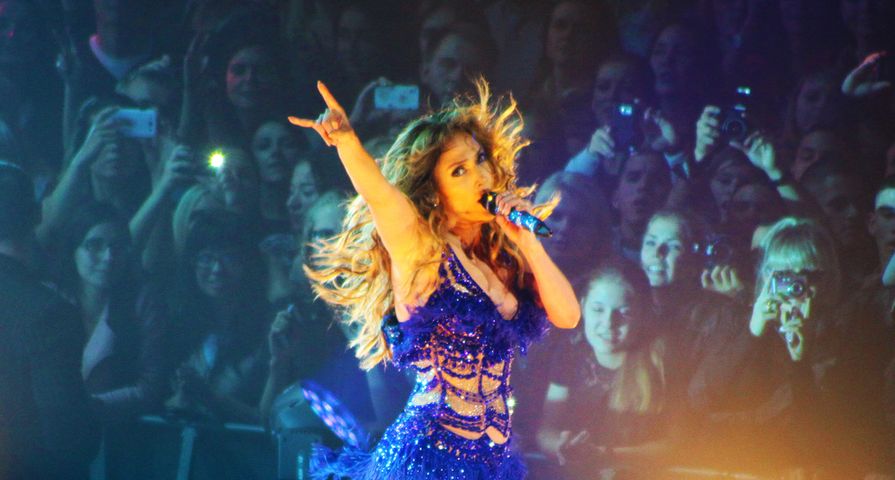 Pitbull, Jennifer Lopez and Brazil’s Claudia Leche performed at this year’s World Cup in Brazil — and not everyone was a fan.

Although over 88 million viewers watched the performance on YouTube, critics weren’t happy with Pitbull’s outfit, the platform that Pitbull and J. Lo came in, the use of lip-syncing and even the singers themselves.

Fans made fun of Pitbull’s rolled up, ankle-length flood pants, which he paired with a yellow Brazil jersey polo. You can’t deny that J. Lo looked hot, though, in a green bodysuit, bejeweled tights and sky-high silver Louboutins. Claudia wore a sparkly blue long-sleeved bodysuit with blue and black shoes.

The performance hit a bit of a snag when a technical malfunction caused the platform that Pitbull and J. Lo arrived on to stop before reaching the stage. Pitbull had to climb out of the hole and hold out his hand to help J. Lo step out of it (in stilletos). Check out the video to see how they improvised!

Pitbull and J. Lo also seemed to be lip-syncing instead of singing live, which angered some listeners. Some fans even shouted for Shakira, who performed at the World Cup last year!

What did you think of the World Cup performance?