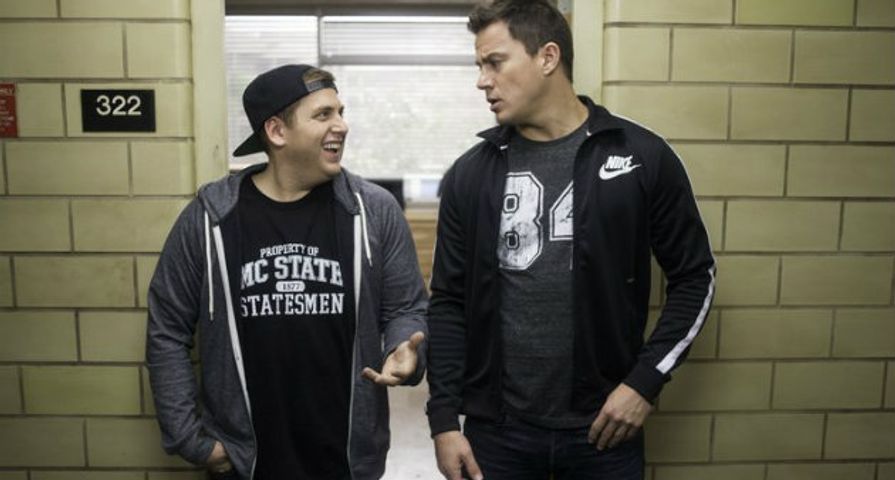 (NEW YORK) — When it was first announced that there would be a 21 Jump Street film, it was hard to ignore the skeptical groan of naysayers crying out that once again, Hollywood had run out of ideas. But the movie was surprisingly good, and did surprisingly well at the box office.

That, however, did not stop those same naysayers and their groans when it was announced there would be a sequel.  “It somehow worked the first time, but now it’s just a money grab” was the whisper in many Hollywood circles. Well, those people will be eating crow once again, because Jonah Hill and company have turned out a clever, funny follow-up that will surely rock the box office for a second time.

While conventional wisdom tells us  that sequels suck, there are enough good dramas and action films out there to dispel that notion (Godfather II, The Dark Knight, Terminator 2, etc.). However in the comedy world, it’s tougher to point to winners. For every Naked Gun 2 ½ or Christmas Vacation, there are 10 Hangover II’s and Grown Ups 2. The great thing about 22 Jump Street is that it knows this, and revels in it.

Seemingly half the jokes in the film are about how bad sequels can be, and then smartly playing on those various stereotypes. Sometimes the jokes are subtle; other times, they hit you in the face, but they almost always land. The movie is the very definition of “meta,” though it’s hard to know who to credit for that. Five people — including Jonah Hill — have writing credits on the film, and on top of that, I’m told there was a lot of improv that made it into the final cut.

As referenced several times in the movie, the premise is simple: go with what works. If 21 Jump Street had Jonah Hill and Channing Tatum’s characters infiltrating a high school to find drug dealers, 22 Jump Street has Schmidt (Hill) and Jenko (Tatum) going undercover in college to — wait for it — find drug dealers. On campus, we meet the hilarious Jillian Bell, who plays the roommate of Schmidt’s crush Maya (Amber Stevens).  Bell, who fans may know from the Comedy Central show Workaholics, or HBO’s Eastbound & Down, has a fight scene with Jonah Hill that’s easily one of the funniest moments of the film. Also stealing every scene they’re in are twin comics Keith and Kenny Lucas, who play twins living across the dorm hall from Schmidt and Jenko.

But not every performance stands out. Peter Stormare has been pretty memorable in everything from Fargo to The Big Lebowski, but here, he’s just kind of a generic bad guy. Also generic are Wyatt Russell as the quarterback frat-guy, and Stevens as Jonah Hill’s love interest. It’s not that they’re bad: they’re just not given a whole lot to do. Their characters aren’t the funny ones, and this film tends to shine when the funny ones (Hill, Bell, the Lucas Twins) are on screen.

22 Jump Street also shines when it goes big. The fight scene between Hill and Bell? BIG, and it delivers big laughs. Ice Cube returns as Captain Dickson, and a scene where he goes big at a breakfast bar stands out.  Another scene has Channing Tatum going over the top in Dickson’s office – also big, and it’s also really funny. These guys really excel at being able to push a premise past the easy chuckle and milk it into belly laugh territory, and the amount of times they do it successfully is impressive.

But the film also suffers a tiny bit from split personality disorder; sometimes it feels like it wants to be a cool action film in order to…I don’t know…impress the kids? That’s the wrong kind of big. We have enough car chases and gun battles in the summer. 22 Jump Street is at its best when it’s bringing the funny, not the action.

At the heart of the film is the relationship between Jonah Hill and Channing Tatum’s characters, and the two of them together continue to be a great mismatched comedy team. Sometimes they fall into easy clichés — mostly the dumb jock for Tatum — but more often than not, there’s a natural chemistry that just works. These two could be making movies together for years to come. And speaking of that, make sure to stick around through the end credits for one of the funniest bits in the film.

I’m not going to lie, I was partly in the naysayer camp, despite being pleasantly surprised by 21 Jump Street. I went into the sequel with low expectations, and came out with high praise for a comedy that looks dumb on the outside, but is actually very smart.

Three-and-half out of five stars.

Also Check Out: 9 Worst Movie Sequels Of The Past Decade!