Kris And Bruce Jenner Hold Hands On Return From Thailand! 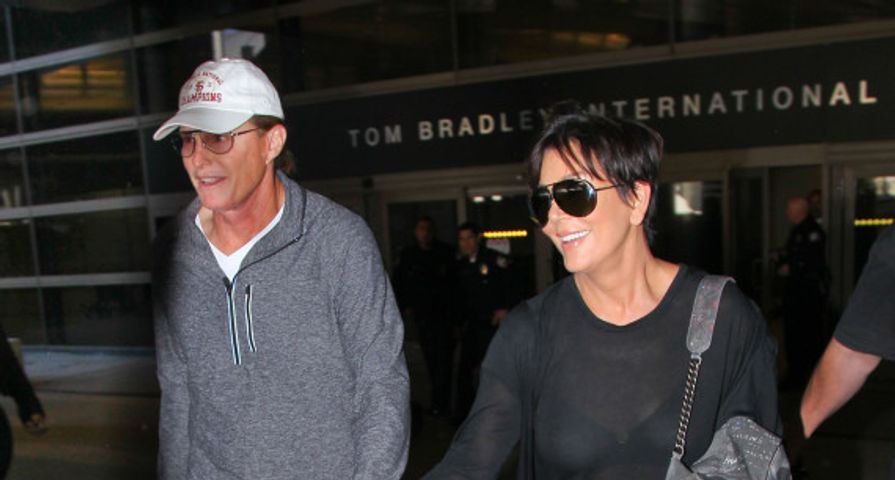 Looks like Thailand was good for Kris and Bruce Jenner.

The couple, who announced they were splitting after 22 years of marriage back in October, were photographed holding hands and smiling while leaving Los Angeles International Airport on Wednesday, April 2, after arriving home from a tropical vacation with their family. Kris was dressed in all black, while Bruce went for a gray look with his ponytail under a cap.

It’s no surprise the two were all smiles. They certainly had quite the vacation.

The reality TV clan stayed at the luxurious Iniala Beach House, overlooking the Andaman Sea, according to E! News. Guests staying at the residence get a personal staff including a driver, butler, chef, housekeeper and spa therapist, along with three to six hours of spa treatments each day. RadarOnline.com reports the resort costs $150,000 per week.