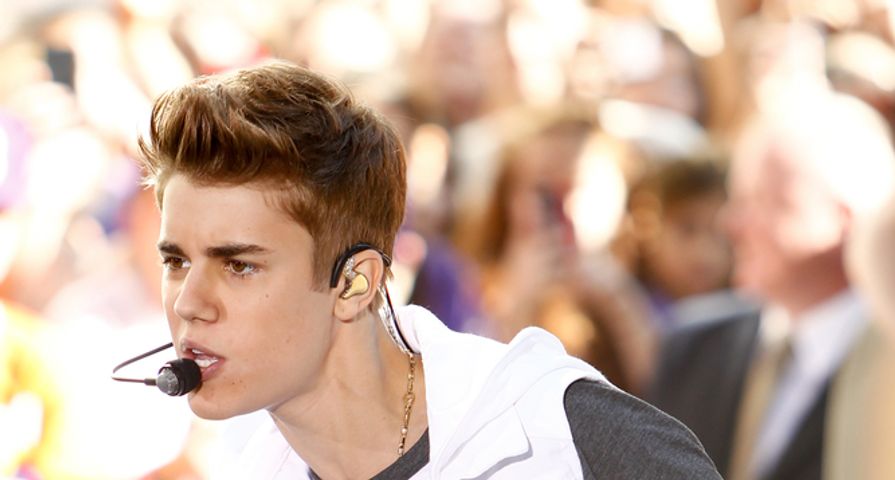 JUSTIN BIEBER was caught on camera cursing at a fan who asked him to pose for a picture at a horse riding centre on the same day he was accused of snatching a woman’s phone.

The teenage pop star is facing a police investigation over claims he grabbed a cell phone from a female fan at a miniature golf course in California on Monday (12May14) after accusing her of trying to snap a photo of him.

Footage from earlier in the day has now emerged showing Bieber embroiled in a dispute with another woman at a riding stables in Burbank, California. The Baby hitmaker appears to point at the woman, yelling “that b**ch there”, before his security guards crowd around her.

The fan involved in the spat, Melinda Giel-Murray, tells TMZ.com she just wanted to have a picture taken with the singer, who was acting “very strange and nervous”.

After the horse riding session, Bieber is said to have gone to Sherman Oaks Castle Park in California, where he allegedly had a run-in with another female fan who accused him of snatching her phone and subsequently reported the incident to the police.