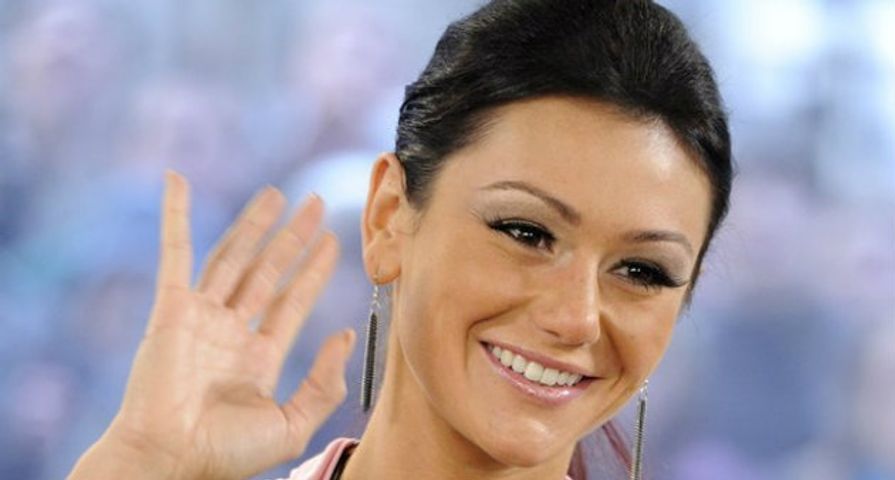 A rep for the 28-year-old former Jersey Shore star tells E! Online, “Jenni and Roger are so excited to welcome the newest guidette Meilani Alexandra Mathews to the world weighing seven pounds and 13 ounces.”

The rep goes on to say, “Meilani and her parents are doing great and are happy and healthy. Meilani is already looking to trade her baby bottle for barbells.”

Mathews took to Twitter on Sunday to announce the birth, writing, “She is here! Meilani Alexandra Mathews 7lbs 13 ounces. Words can’t describe what looking into your child’s eyes can do to you. Im Humbled.”

JWoww’s friend and former Jersey Shore co-star Nicole “Snooki” Polizzi tells E! News, “I’m so excited for my best friend and so proud of her!”

Snooki, who’s pregnant with her second child, adds, “She’s going to be an amazing mother & I can’t wait to be her daughters god mommy!

Paul “Pauly D” DelVecchio, another Jersey Shore cast member, adds, “I’m super excited and happy for Jenni and Roger. I think they will make amazing parents and I can’t wait to meet the baby!!”