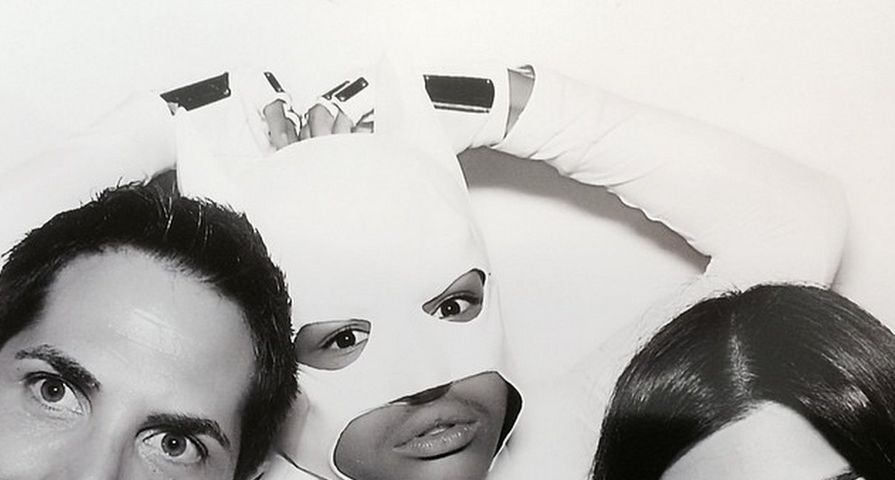 Yes, Kim Kardashian and Kanye West’s wedding was an over-the-top, star-studded circus, but Jaden Smith was strangest sighting at the affair.

Seriously, the kid wore a white Batman costume — at least to the reception, anyway. If you think we are joking, look no further “Girls Gone Wild” founder Joe Francis’ Instagram photo, in which he and Kourtney Kardashian were photobombed by “white Batman.”

Francis and Kourtney weren’t the only people he photobombed, either. Family friend and hairstylist, Clyde Haygood, also posted an a photo of the 15-year-old swooping in on his snapshot with Kris Jenner, which he captioned, “And then…. This cRaZYyyy #albino #bat flew in… ”

We’re thinking maybe Smith’s rumored girlfriend Kylie Jenner has a thing for superheroes, because a source told E! News the two teenagers were actually seen “making out” following the wedding ceremony at Forte di Belvedere on May 24. And let’s just say, it’s not the first time we’ve seen Smith in a superhero costume while he’s been hanging out with Jenner.

This article originally appeared in The Huffington Post http://www.huffingtonpost.com/2014/05/26/jaded-smith-batman-costume-kimye-wedding_n_5392822.html