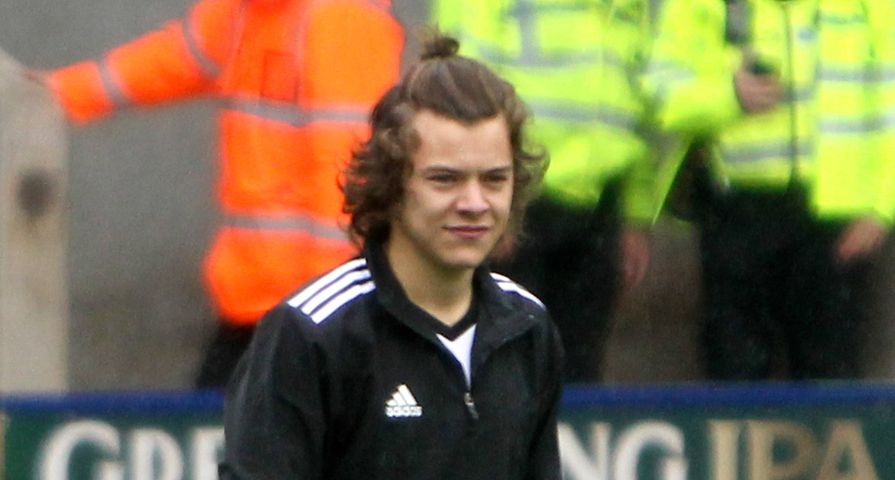 ONE DIRECTION star HARRY STYLES embarrassed British newsman PIERS MORGAN by pulling down his shorts during a charity soccer game.

The What Makes You Beautiful hitmaker was joined by his bandmates Liam Payne, Louis Tomlinson and Niall Horan, who acted as team manager, at the celebrity soccer tournament in Leicester, England on Monday (26May14).

A short video has since emerged showing Styles running up behind Morgan and pulling his shorts down in front of the stadium crowd. Morgan swiftly hauls them back up and the singer runs off cheering.

The former talk show host took the prank in good spirits, writing on Twitter.com, “So (Harry Styles) pulled my shorts down mid-game. I believe this got the biggest scream of the day.” He later posted the clip, adding, “(I) can’t work out if this is a career high or low?”

Despite the mishap, rival team manager Morgan ended the game on a high as his soccer side emerged victorious following a penalty shootout against Horan’s players.

The match, which was organised by Horan, raised money for autism charities Irish Autism Action and U.K. Hearts And Minds Challenge.