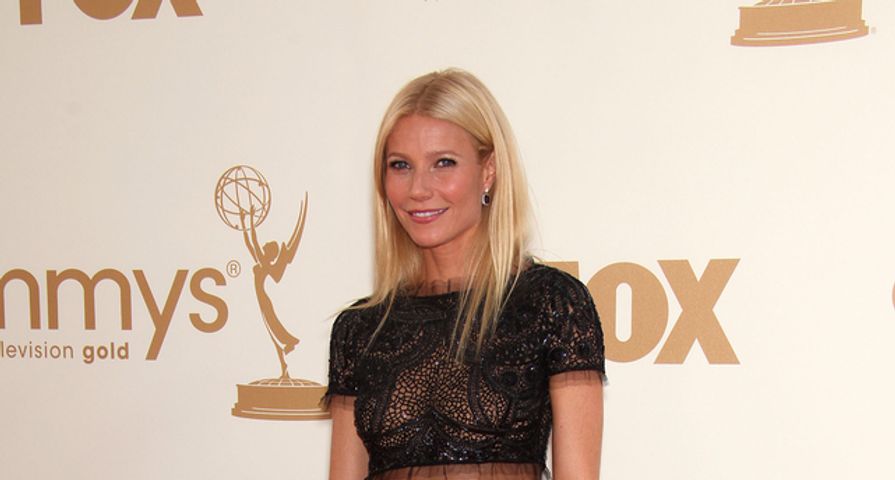 Gwyneth Paltrow took to her blog, Goop, to defend recent comments she made about working mothers. In a March interview with E! news, the actress stirred up controversy after she said that being a mom in Hollywood was more challenging than being a mom with a 9-5 office job.

Paltrow clarified her comments on May 8 in a blog post titled “End The Mommy Wars.” The 41-year-old mother of two wrote:

“A few weeks ago during an interview, I was asked why I have only worked on one film a year since having children. My answer was this: Film work takes one away from home and requires 12-14 hours a day, making it difficult to be the one to make the kids their lunch, drive them to school, and put them to bed. So I have found it easier on my family life to make a film the exception, and my 9-5 job the rule.

“This somehow was taken to mean I had said a 9-5 job is easier, and a lot of heat was thrown my way, especially by other working mothers who somehow used my out-of-context quote as an opportunity to express feelings (perhaps projected) on the subject,” she continued.

Paltrow then called for an end to the “Mommy wars” and the putting down of women by women:

As the mommy wars rage on, I am constantly perplexed and amazed by how little slack we cut each other as women. We see disapproval in the eyes of other mothers when we say how long we breastfed (Too long? Not long enough?), or whether we have decided to go back to work versus stay home. Is it not hard enough to attempt to raise children thoughtfully, while contributing something, or bringing home some (or more) of the bacon? Why do we feel so entitled to opine, often so negatively, on the choices of other women? Perhaps because there is so much pressure to do it all, and do it all well all at the same time (impossible).

Before signing off, Paltrow wished all single mothers a happy Mother’s day.

This article originally appeared in The Huffington Post http://www.huffingtonpost.com/2014/05/09/gywneth-paltrow-working-moms_n_5294600.html