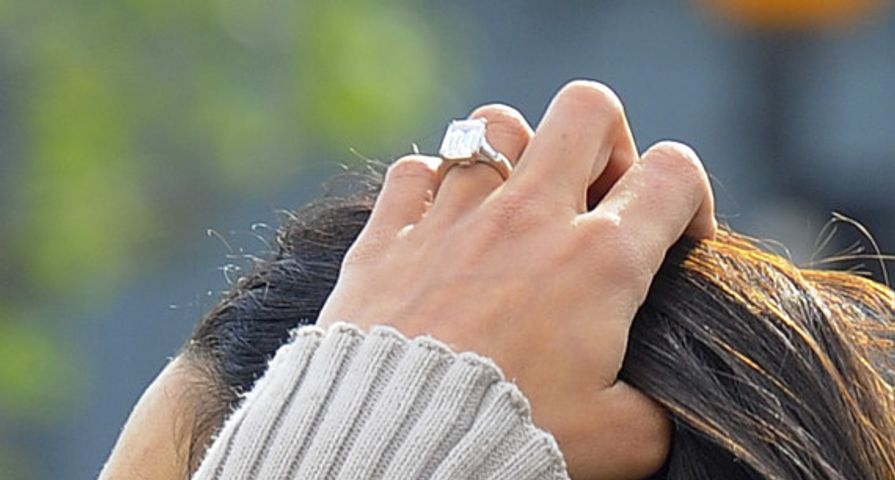 When George Clooney puts a ring on it, he puts some ring on it.

Photographers captured shots of Amal Alamuddin’s huge engagement ring as she left London Heathrow Airport on Tuesday, May 13. Dressed down in ripped jeans and an oversized sweater, the human rights lawyer’s sparkler added some serious glamor to the ensemble.

News of Clooney and Alamuddin’s engagement broke in April. The two had been dating for six months.

“It’s true, and we’re thrilled. We think Amal is a wonderful girl, and it’s wonderful news,” Nicholas Clooney told the New York Daily News of his son’s engagement. “We think it will be a great marriage.”

This article originally appeared in The Huffington Post http://www.huffingtonpost.com/2014/05/13/-amal-alamuddin-engagement-ring_n_5318700.html