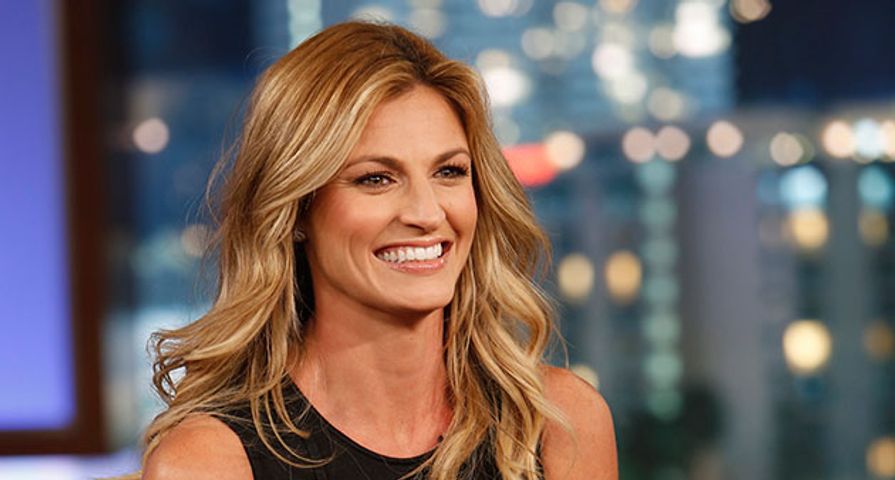 (MINNEAPOLIS) — The news broke Monday that Erin Andrews would be taking over the top spot on the NFL sidelines for Fox, replacing Pam Oliver who is entering her 20th and final season with the network.

Andrews told ABC News on Tuesday that the opportunity is definitely “a dream come true.”

The Dancing With the Stars co-host and veteran sports reporter added that “it’s what I think I’ve wanted, it’s pretty much what every sports fan that loves the NFL would love to do at some point. To work with those guys and to be with that crew, it is a dream come true. It’s exactly what I’ve wanted.”

Andrews, who joined Fox in 2012, will work with the top NFL team on the network, which includes the iconic Joe Buck and Troy Aikman.

“I know I have huge, huge shoes to fill,” she added. “There’s nobody I’ve watched more over these past 15, 20 years than Pam Oliver and what she did and the precedent she set. How she worked tirelessly day in and day out and really set the standard for women and sideline reporters and so much more than that. I can’t thank her enough for being a wonderful role model. This is not going to be easy for me.”

She added, “What I set out on day 1 was to be someone like Pam, I hope I can just hold up that end of the bargain.”

Andrews, 36, spoke to ABC while in Minneapolis for the MLB All-Star Game and as part of the Yoplait Greek challenge. For someone as busy as Andrews, she said getting the right foods in her body is important at all times.

“It’s the easiest for me on the go, when I’m running to workout or running to a DWTS rehearsals, I usually grab a plastic spoon and my yogurt,” she said of Yoplait. “It’s very good and very good for you…its perfect for me, easy for me.”

Andrews said that her family couldn’t be prouder of what she’s accomplished, especially this milestone.

“They are proud, they really are. It’s been a whirlwind ride for all of us. last year…I handed out the world series trophy to Boston Red Sox, a team my dad grew up loving,” she said. “A playoff game in minus 30 degree in Lambeau Field, I was at the Super Bowl, it’s just been a dream come true. Just a month ago, I watched my boyfriend play for the Stanley Cup, it’s kind of been an absolute whirlwind.”

And Andrews knows that her parents Paula and Steve really helped her get to these heights.

Finally, Andrews wanted to be clear to DWTS fans that she still plans to co-host the show.

“I am going to have time for Dancing with the Stars. That was all part of our negotiations with them. In February when they came to us, I kind of hinted when I took the job, I was going to be on the Michael Strahan program, now more so than ever,” she said. “He works crazy hours on Sunday, I’ll be doing the same thing. I’m literally going to be going from the football field to the ballroom just like ‘Stra,’ he goes from the studio in New York to his show with Kelly Ripa.”