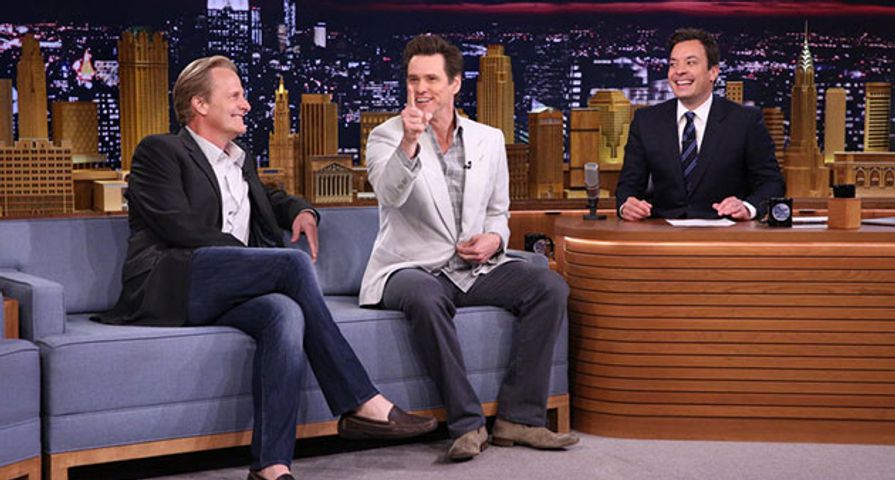 (NEW YORK) — After 20 years of rumors, skepticism and hope, Lloyd Christmas and Harry Dunne are returning to the silver screen.

The trailer for Dumb and Dumber To aired on Tuesday’s episode of The Tonight Show Starring Jimmy Fallon, the public’s first extended look at the long-awaited sequel to the 1994 original.

Jim Carrey and Jeff Daniels reprise their respective moronic roles as Lloyd Christmas and Harry Dunne.  The sequel to the 1994 original picks up 20 years after the dimwitted characters set out on their first adventure. The plot centers on the dim-witted pair’s search for Harry’s illegitimate daughter in hopes of obtaining a kidney transplant for Harry.

The trailer opens with Lloyd sporting a Castaway beard, still mourning his missed opportunity with Mary from the original movie. The trailer also features bits of nostalgia: They have the same apartment and aptly-named animals.

Dumb and Dumber To is scheduled for release on Nov. 14.

Check Out The Trailer Below:

Also Check Out: The 9 Worst Movie Sequels Of The Past Decade!