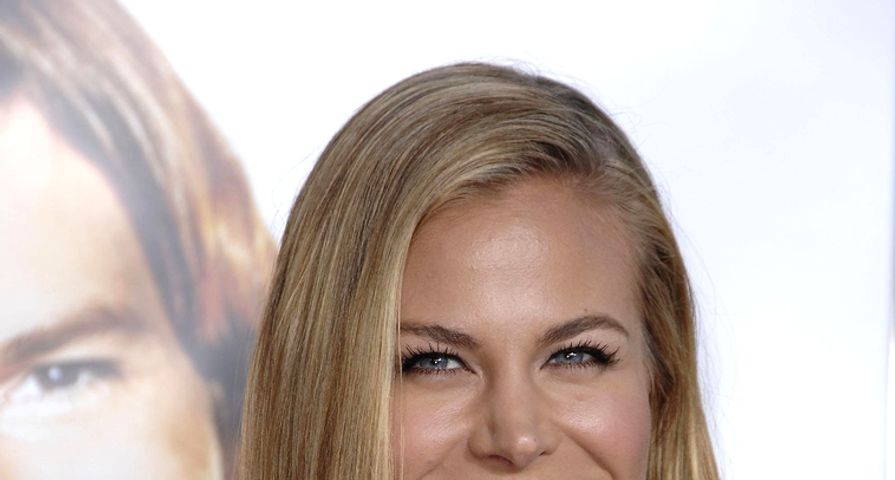 Actress BROOKE BURNS was involved in a nasty car accident in Los Angeles on Thursday (08May14).

The former Melrose Place star was driving her BMW near Universal Studios when the vehicle collided with a Toyota Matrix. Police and fire units arrived at the scene, but no one was taken to hospital.

Photos show a shocked Burns being consoled by a passer-by while sitting on the curb. The hood of the Burns’ car was badly mangled, and the vehicle had to be towed away from the scene, according to TMZ.com.