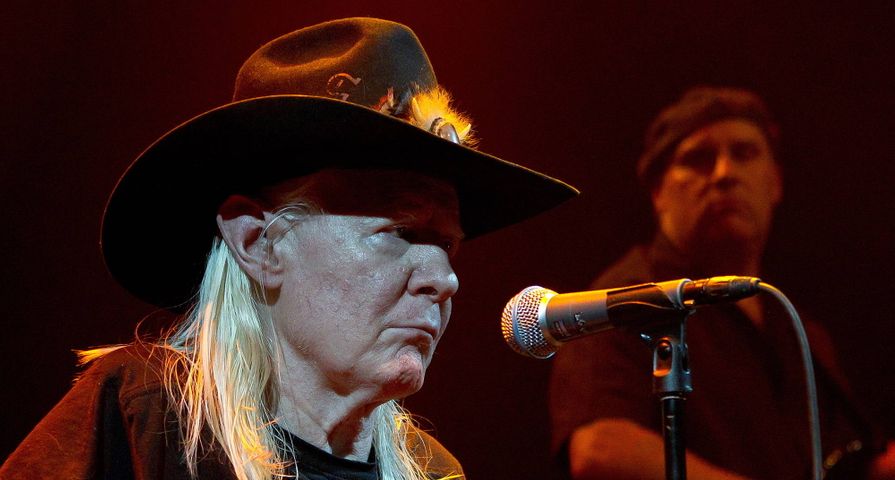 Legendary blues rocker JOHNNY WINTER has died, aged 70. The veteran musician passed away in Zurich, Switzerland, according to Blabbermouth.net, but no more details about his death were available as WENN went to press.

Motley Crue rocker Nikki Sixx was among the first to pay tribute to the star, writing in a post on Twitter.com, “So bummed to hear about Johnny Winters (sic) passing.

I spend (sic) many many years soaking up his music late into the night. #Original #TheBlues.” Winter began his music career as a teenager, landing a record deal at the age of 15 with his band Johnny & the Jammers, and he later released his first solo album, The Progressive Blues Experiment, in 1968.

He became a big success with his second record, Johnny Winter, in 1969 and was among the performers at the iconic Woodstock music festival that year. He continued to enjoy success in the 1970s, and turned to production, heading into the studio with Muddy Waters.

Three of the albums they worked on together won Grammy Awards. Winters also received a number of Grammy nominations for his own records, but failed to win.

He is believed to have performed with Jimi Hendrix in a number of jam sessions which became unofficial bootleg recordings after they were stolen from the guitar legend’s home after his death.

In later years, Winter was inducted into the Blues Foundation Hall of Fame. Winter’s death comes just weeks before he was due to release a new album, Step Back, which features stars including Eric Clapton, ZZ Top rocker Billy Gibbons and Aerosmith’s Joe Perry. The record is slated to hit shelves in September (14).