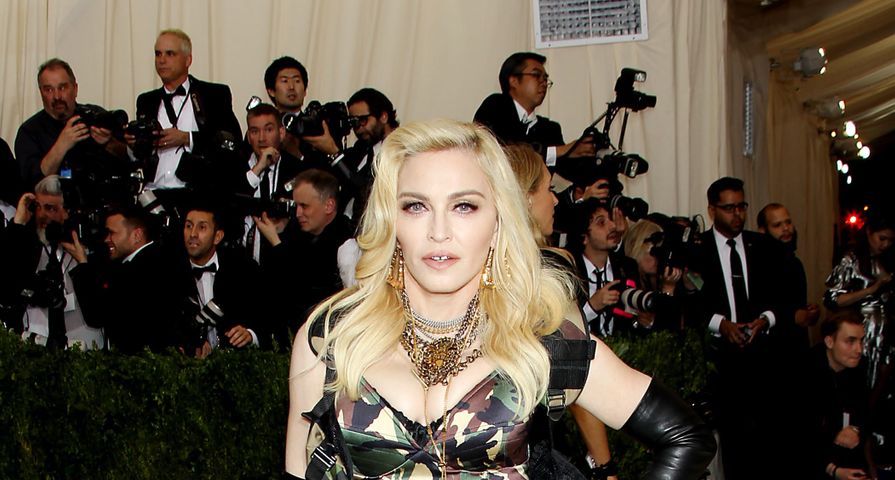 Most Outrageous Met Gala Looks Of All Time

As one of the biggest nights in fashion, the annual Met Gala at the Metropolitan Museum of Art in New York City draws in some of Hollywood’s hottest stars to walk the red carpet in some of the most daring and inspiring gowns that are designed for whatever the theme of the night might be. Last night’s Met Gala theme was chosen to honor one of fashions most influential designers, Rei Kawakubo/Comme Des Garcons: Art Of The In Between Costume Institute Gala. Much of the fashion is either hit or miss, and usually it depends on whether they missed the mark of the theme, but sometimes they just look downright awful! Here’s a look at 8 of the worst dressed stars at the 2017 Met Gala!

The Homeland actress landed on pretty much every best dressed list after last year’s Met Gala when she wore that amazing luminescent Zac Posen gown, but what a difference a year can make! Last night we were more than disappointed with her outfit. Sorry, but her deconstructed white blouse looks nearly identical to the one Jerry Seinfeld wore in the episode “The Puffy One.” Then she paired it with black crop trousers from the Monse Fall 2017 runway and black strappy stilettos with a large buckle. For some reason the first thing that comes to mind while looking at this outfit is Johnny Depp from Pirates of the Caribbean, so with that being said, we order this outfit to walk the plank!

Correct us if we’re wrong, but Coachella is over and last night was the Met Gala, right? We only ask because we’re not quite sure why Mary-Kate and Ashley Olsen showed up wearing outfits that can only be described as “boho chic.” As two of the biggest fashionistas in the industry, we’re left scratching our heads as to why these two, of all people, missed the mark when it came to honoring one of the fashion industry’s most influential designers. We can say for an absolute fact that no one else was wearing a mix of lace, fur and embroidery which leads us to believe these two ignored the theme of last night’s Met Gala and picked something that catered more to their own style.

This reality star lives a life of glitz and glamour, which is probably why she was drawn to this sheer glittering gown by Atelier Versace. We admit, Kylie Jenner didn’t look awful, there were definitely some bigger sores on the red carpet last night, but she basically wore the same thing she always wears. There was nothing unique or different about her style last night, and the Met Gala is the one evening where fashionistas are supposed up their game and take risks. While the dress was pretty and definitely looked like it had a hefty price tag (that’s why she picked it right?), last night’s look was same old, same old from this social media queen.

Kendall Jenner is no stranger to fashion as one of the world’s biggest supermodels, so we can understand why she wanted to take a break from wearing clothes and decided to wear this lingerie to the Met Gala instead. The reality star turned model wore a La Perla dress that somehow didn’t include an ounce of actual fabric. Instead of honoring fashion designer Rei Kawakubo, Jenner decided to honor her hot bod in this dress that showcased all her assets to the world. We will applaud that bright red lip, but that’s about it.

The Girls actress isn’t exactly known for strutting around in girly ballgowns. But last night she proved that she isn’t afraid to wear a Cinderella-esque dress when she walked the carpet in a red and black checkered Elizabeth Kennedy gown. Unfortunately, the pattern wasn’t exactly flattering, it somehow reminds us of a flannel shirt. Only Lena Dunham would pick a gown we’ve seen on a lumberjack. We actually don’t mind the dress even though it is a little too much material. It’s the print that is really throwing the whole thing off!

The “Anaconda” singer stepped out in what looked like a black leotard with a long red and black cape attached to it, but in reality it’s actually an H&M gown. We understand that attendees were supposed to honor fashion designer Rei Kawakubo, but we’re pretty sure simply strapping her face to a bodysuit isn’t exactly what they meant!

Katy Perry wore a bold red Maison Margiela dress designed by John Galliano that might have been fine if it weren’t for that confusing head piece that we’re sure picked up a few satellite signals. While she lands on a lot of best dressed lists for her amazing effort towards the theme of the evening, we are here to remind people that there is such thing as taking it too far! You probably wouldn’t have even known it was the “Bon Appetit” singer unless we pointed it out because she’s hidden underneath a sheer red veil. To be fair, as co-host of the evening she had to take a risk, we’re just sorry she did!

Where do we start with Madonna’s military formal wear? She wasn’t the only star who completely missed the mark by ignoring the theme of the evening, but unlike other stars who went for a more safe, pretty look, G.I Joe, we mean Madonna, declared war on it with this awful ensemble! We almost wish the camouflage worked so we didn’t have to look at it!