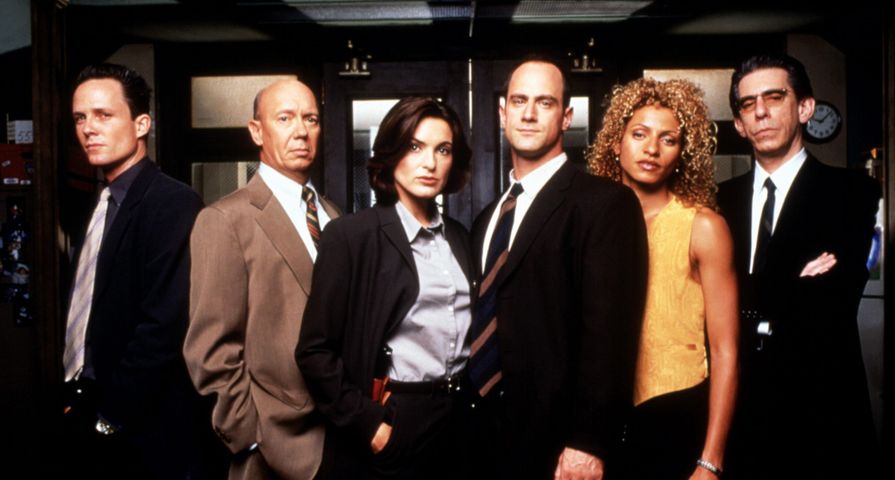 Law & Order: Special Victims Unit has become one of the longest-standing television shows of all time. Created and produced by Dick Wolf, it started as a spin-off of the original series, Law & Order, back in 1999, but today the series stands all on its own. It has been on the air for many seasons and become the longest-running scripted non-animated primetime series in history! Starring Mariska Hargitay, Law & Order: SVU follows New York City detectives who work in the special victims unit as they investigate and prosecute sexually based crimes. Unsurprisingly, by now the critically acclaimed legal drama has a strong fan following. In honor of its success, here’s a look at 9 interesting behind-the-scenes secrets:

9. How Chris Meloni Was Hired

In an interview with A.V. Club, former Law & Order: SVU star Chris Meloni talked about how he landed the job of Det. Elliot Stabler. “I had the audition, and I thought I did very well in the room…Then a couple of weeks went by, and nothing,” said Meloni. After tracking him down on the phone, Dick Wolf said he’d call him back. “Sure enough, he calls me back a couple of days later or something and then…nothing! So I go, ‘Enough of this! I’m going on vacation!’ So my wife and I fly to Hawaii…and I swear to you, the tires on the jet were still hot from the landing, and I got a call saying, ‘Get the next flight back, you’re screen-testing tomorrow in New York.’ So I fly back to New York, I screen test, Mariska [Hargitay] and I get it, they let us know literally a half an hour afterward,” said Meloni.

Rapper Ice-T has played Detective Fin Tutuola on Law & Order: SVU for the past 17 years! He’s known as the straight-talking detective who regularly drops the now-famous line “that’s messed up” on the show. Sadly, Ice-T had to quit the catch-phrase because viewers started using it as a cue for drinking games! “You know what — I haven’t said ‘that’s messed up’ in about eight years. After that drinking game got made, the writers got a hold of that and they stopped … So you’re not gonna get that drunk unless you watch old episodes,” said Ice-T. But he did offer up an alternative. “There’s a better one — drink whenever someone says ‘call a bus.'” According to Ice-T, it’s cop lingo for an ambulance.

7. The Show was Originally Supposed to be Called “Sex Crimes”

When the show was originally pitched it was called Sex Crimes to reflect the nature of the crimes that would appear on the show. Of course, the title was eventually changed to Law & Order: SVU to reflect the name of the New York City police department that handles these crimes. Many people thought the network changed the title at the last minute because it was too provocative for advertisers and viewers, but show creator Dick Wolf claims that wasn’t the case. He lobbied to have “Law & Order” in the title because he felt it would help with the success of the show whereas producer Ted Kotcheff argued against it because he felt that if SVU failed, it would hurt the original series as well.

6. The Man Behind the Narration

Steven Zirnkilton was originally hired for a small part on Law & Order, but ended up landing the voiceover gig that made him famous. Zirnkilton met Dick Wolf when he was working as a real estate agent in Maine. Wolf had purchased a home there and Zirnkilton managed to pass Wolf his VO demo. “I got a call from Mr. Wolf’s secretary saying that Mr. Wolf had a show called ‘Law & Order,’ and he’d like you to play a detective in the show,” said Zirnkilton. He was cast as a detective in the pilot of the show, but the show was never picked up. “Nearly a year went by…Mr. Wolf’s secretary called me again and said, ‘Please meet Mr. Wolf at the recording studio. He has something he’d like you to read.’ And that was the opening. I had no idea if the show would have any legs, but happily it hung around for a while.”

When Mariska Hargitay accepted the role of Detective Olivia Benson on Law & Order: SVU it changed her life. Not only did it thrust her into the spotlight and built up her career, it gave her what she calls a life mission. Like many viewers, Hargitay is often shaken up by the storylines on the show and the alarming statistics that come with it. When the show started, she began receiving letters from viewers who related to the show and wanted to share their own experience with sexual assault. Many of them told her the show had changed their lives. Hargitay wanted to help more, so she underwent training and is now a rape-crisis counselor. She also founded the Joyful Heart Foundation to help survivors of sexual assault, domestic violence, and child abuse.

He’s now one of the longest standing actors on the show, but back in 2000 when he was asked to replace Det. Monique Jeffries, he was very reluctant to commit. Not only that, but his role was actually only supposed to be a four-episode cameo! “I wasn’t trying to do this show because at the time I was running a record label and they said, ‘it’s only four episodes,’ and I was like, ‘OK cool’ ….But at the end of the four episodes, they were like, ‘we would like to keep you on,'” he said. “In the entertainment business there’s very few things that have anything remotely that mimics security. But I gotta pay the bills. Being on a TV show you get 23 episodes, that’s 23 pay cheques over a year — it’s a great gig if you can get one.”

When Mariska Hargitay and Chris Meloni first met at a casting call, the chemistry between them was immediate! “We were actually cracking jokes when we walked into the screen test. There were, like, 15 or 16 people in the room, and I walked in telling her a funny story, and we get up there and say, ‘Hey, everybody! Hold on, let me just finish this up.’ And I finished my story with Mariska with them waiting. [Laughs.] We made them wait while I finished the story. It was a very immediate connection between us, very light and easy,” said Chris Meloni in an interview with AV Club.

Tony-winning writer and executive producer, Warren Leight, worked on Law & Order: SVU from season 13 to season 17 when the show underwent a lot of changes, mainly due to Christopher Meloni’s exit. Reflecting back on his time on the show, Leight said one of his biggest lessons was “Don’t go after the NFL or the Catholic Church if you want an ‘Atta boy’ from the network,” he said. “Those are perhaps two of the most powerful groups out there. […] I wish in both cases those organizations were as quick on the draw against domestic violence or against predators in their midst as they are about bad publicity,” said Leight.

Chris Meloni was offered a job on Law & Order: SVU while he was still working on Oz. Meloni left Oz for a season but found he missed it, so he returned. He struggled to choose which job to give up for good so he appeared on both shows simultaneously until Oz went off the air in 2003. What makes this even more interesting is that his two characters were polar opposites. On Oz, he played murderous sociopath Chris Keller while on SVU he was the virtuous family man and detective, Elliot Stabler. According to Meloni, it wasn’t easy, but it was worth it. “It wasn’t easy. For about two of the three years, I would wake up at 4:30, get in the van at 6, drive to Oz, kill people and sodomize them until about noon, jump in the car, go to SVU, and go arrest people who murder and sodomize people ’til about 2 a.m.,” he said.