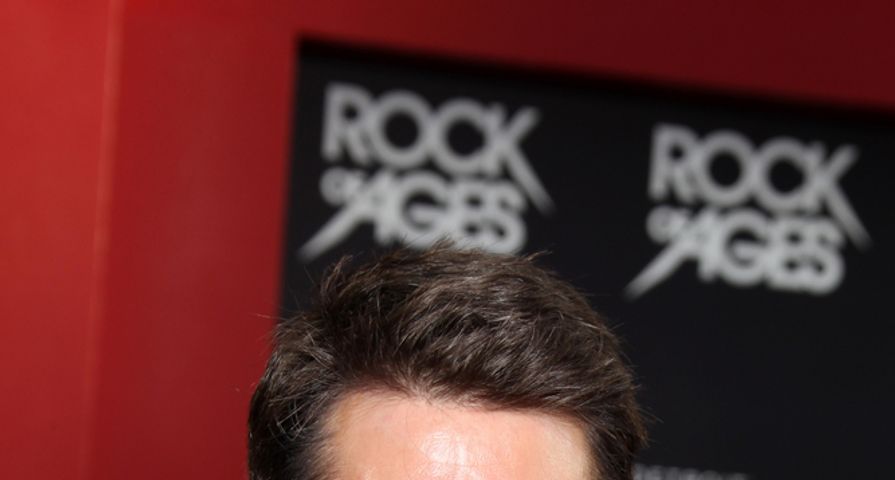 In a place as superficial as Hollywood, it is hard to believe that something like religion would thrive. Most celebrities don’t talk about their religious or spiritual beliefs. It is just one of those subjects that creates contention, so they don’t see a point in going down that road. On the other end of the spectrum, we have a few celebrities who literally have a problem not talking about the religious beliefs. These celebs want you to believe exactly what they believe and they won’t stop talking about it until you do. Here are 7 of Hollywood’s biggest religious fanatics!

Candace Cameron is one of the most devout Christians out there. She takes the bible very seriously, especially as it pertains to her marriage to NHL player Val Bure. In her book “Balancing It All: My Story of Juggling Priorities and Purpose,” she wrote about taking a more submissive role in her marriage to keep her husband happy. “I am not a passive person, but I chose to fall into a more submissive role in our relationship because I wanted to do everything in my power to make my marriage and family work,” she wrote.

The comment didn’t sit well with the general public, so she explained to HuffPost Live that she meant “submissive” in the biblical sense. “The definition I’m using with the word ‘submissive’ is the biblical definition of that. So, it is meekness, it is not weakness. It is strength under control, it is bridled strength…I love that my man is a leader. I want him to lead and those major decisions to fall on him… it doesn’t mean I don’t voice my opinion, that I don’t have an opinion – I absolutely do,” she said.

Madonna has been a devout follower of Kabbalah, a mystical offshoot of Judaism, since she had her daughter Lourdes. She’s donated millions of dollars to New York and London schools teaching the subject and has even introduced some of her celebrity friends – Demi Moore and Britney Spears – to the faith as well. She takes her belief in Kabbalah really seriously: She had her ex husband Guy Ritchie attend services with her; she dilutes her children’s orange juice with blessed Kabbalah water; and she often wears white clothing because it is said to attract positive energy.

Rumor has it that the pop queen might be ditching Kabbalah for Islam. She has been investigating that faith and reading the Koran. “I am building schools for girls in Islamic countries and studying the Koran. I think it is important to study all the holy books. As my friend Yaman always tells me, a good Muslim is a good Jew, and a good Jew is a good Christian, and so forth. I couldn’t agree more,” she said back in 2013.

During his run with “Two and a Half Men,” Angus T. Jones became a Seventh-day Adventist. His conversion didn’t fit well with all the themes in the show, so he became one of the show’s strongest critics. He went so far as to warn other people to boycott it, calling it “filth.” “I’m on Two and a Half Men, and I don’t want to be on it. Please stop watching it, and filling your head with filth,” he said in a YouTube clip. “If I am doing any harm, I don’t want to be here. I don’t want to be contributing to the enemy’s plan…You cannot be a true God-fearing person and be on a television show like that. I know I can’t. I’m not OK with what I’m learning, what the bible says and being on that television show.”

In 2014, Jones finally left “Two and a Half Men.” For now, he’s put acting on the back burner; however, he might be interested in starring in something Christian themed.

Mel Gibson was raised as a traditionalist catholic, which means that he adheres to the Roman Catholic faith as it was understood before the Second Vatican Council modernized it. In an interview with USA Today back in 2001, he said that the Catholic Church shouldn’t change with the times. “There was a lot of talk, particularly in the ‘60s, of ‘Wow, we’ve got to change with the times.’ But the Creator instituted something very specific, and we can’t just go change it,” he said.

He also believes that people of other faiths won’t make it to heaven, including his wife at the time Robyn who never converted to Catholicism. “There is no salvation for those outside the Church. I believe it,” he told The New Yorker back in 2003. “Put it this way. My wife is a saint. She’s a much better person than I am. Honestly. She’s, like, Episcopalian, Church of England. She prays, she believes in God, she knows Jesus, she believes in that stuff. And it’s just not fair if she doesn’t make it, she’s better than I am. But that is a pronouncement from the chair. I go with it.”

Tom Cruise has been one of Scientology’s most outspoken advocates. Nothing stops him from pushing his belief system on other people. Back in 2005, he waged a war on psychiatry, openly fighting with anyone who didn’t share his beliefs. Brooke Shields was one of his targets. She had taken an antidepressant to help her overcome her postpartum depression and Cruise didn’t approve. According to him, those kinds of drugs are dangerous. Later that year, he lashed out at Matt Lauer over the same thing.

Kirk Cameron is one Christian that you don’t want to cross. Ever since he was born again, he has been quite outspoken about his beliefs. He is completely against homosexuality and has gone so far as to say that it is “unnatural” and “detrimental” and “ultimately destructive to so many of the foundations of civilization.” Needless to say, he is also against gay marriage. During an interview with Piers Morgan, the former teen heartthrob discussed his beliefs. “Marriage was defined by God a long time ago. Marriage is almost as old as dirt, and it was defined in the garden between Adam and Eve – one man, one woman for life till death do you part. So I would never attempt to try to redefine marriage. And I don’t think anyone else should either. So do I support the idea of gay marriage? No, I don’t.”

Danny Masterson has proven himself to be more fanatical than Tom Cruise about his belief in the Church of Scientology. In a recent expletive-filled interview with Paper magazine, he told all of the Scientology haters to “go f**k” themselves. He also went on a rant about the evils of psychiatry.

“You will not find a Scientologist who does not f**king hate psychiatrists. Because their solution for mental and spiritual problems is drugs. So let’s talk about putting a Band-Aid on something that’s just going to get worse and worse and worse. But it’s like, if you study that man is an animal and nothing more than that, and you basically have this f**kin’ manual that has, what, 5,000 disorders in it, that you just bill your insurance company – ‘Oh, you have PMS disorder, you have caffeine-addict disorder, you have mathematics disorder; here, take Prozac’ – what the f**k is that? Scientology handles those things, those mental problems that people have. It gets rid of them. It gets rid of them by that person doing it for themselves. That’s the solution to depression, not f**kin’ Prozac and whatever other pill that makes the kid then walk into a goddamn school and kill other kids,” he said.