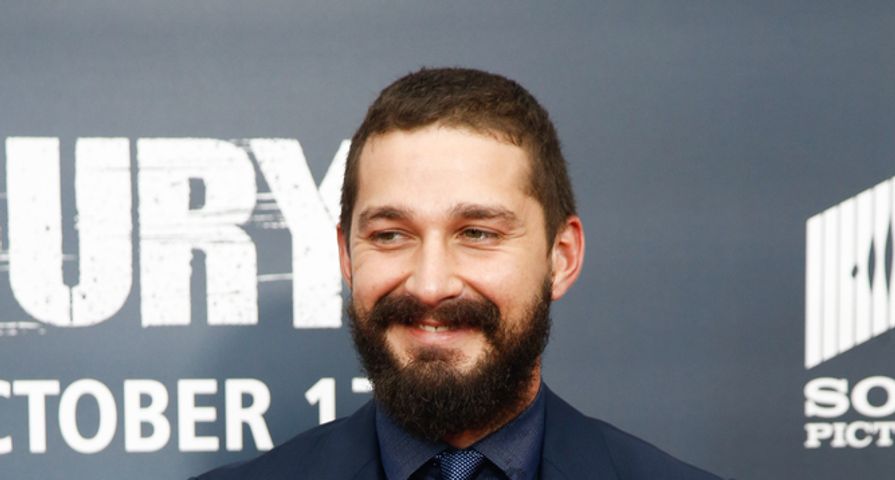 There are some men in Hollywood who really love their mothers, which isn’t always good news for the women who date them. Sometimes these guys put their moms on pedestals, which puts their girlfriends at a disadvantage. Also, some of these moms can be pretty territorial about their sons, which is also bad news. All we know for sure is that it is pretty hard to compete for a man’s affection if his mom is in the race. We decided to track down some of these celebrity mama’s boys. Some of these men are married; however, most of them aren’t. The big question now is whether or not the vast majority of them will ever settle down. Here are 7 of Hollywood’s biggest mama’s boys!

Chris Evans is unnaturally close with his mom. When he lost his virginity, the first thing he did was race home to tell her. “The first time I had sex, I raced home and was like, ‘Mom, I just had sex! Where’s the clit? Still don’t know where it is, man,” he told Details magazine. This is probably the kind of conversation he should have had with his father. Discussing the female anatomy with your mom is a bit weird.

His mother is his biggest supporter. According to him, she will actually cruise the Internet and pick fights with people who say nasty things about her son. “Yeah, she’s one of those moms,” he said. “She gets a little up in arms. The Internet is a big place where a lot of people can voice their opinions, and my mother chooses to pick fights with random people from all over the world who don’t have the nicest things to say about me.”

Usher’s father walked out of his family when he was young, so his mother is the one who raised him. As such, they have a really close relationship. Since he first rose to fame, his mom has primarily managed his career and was at his side as he traveled the world; however, that changed when he married Tameka Foster. His mother did not get along with her, which strained the mother-son relationship. She even skipped their wedding ceremony, choosing to go to the spa instead.

When his marriage with Foster crashed and burned, the “Nice & Slow” singer’s mom came back into his life. He even re-hired her as his manager; however, he fired her again when he began dating Grace Miguel. They are still close though. In an interview with Oprah, his mom said that she lives five just five minutes away and is over at his house on a daily basis.

When it comes to girlfriends, Leonardo DiCaprio seems pretty fickle. He is constantly trading in one blonde, 20-something model for another. One would think that given his track record with women, he wouldn’t have a good relationship with his mother; however, that is not the case. Leo is a total mama’s boy.

For the 2014 award season, he brought his mom along as his date. He also said some of the nicest things that we ever heard him say about another person. He credits his mom for his success. “I wouldn’t be doing any of this if it weren’t for her, both my parents,” he said backstage after winning the Golden Globe Award for his performance in “Wolf of Wall Street. “She supported this little kid who said, ‘I want to be an actor,’ at 12 years old, which is ridiculous, and she drove me to all these auditions. She’s the only reason I’m able to do what I do.”

Ryan Gosling is super close with his mom. When he was nominated for a Best Actor Oscar back in 2007 for his role in “Half Nelson,” he took his mom with him the to the ceremony. In an interview with Nightline, he explained why he brought her. “My mom deserves it,” he said. “Because I was a little jerk…. But she didn’t care. She just kept doing the right thing by me, every single time…(And) she deserves to go to a fancy party and have a bunch of fancy people tell her she did a good job.”

According to Justin Timberlake, he has always had a really close relationship with his mom. “We have a very special relationship,” he said. “She’s been my best friend since I figured out what I wanted to be. With girls, you keep searching for someone that’s as good as your mum, and that’s a losing battle.” We’re pretty sure that no women that he has dated have really measured up to his mom. Poor Jessica Biel.

For his mom’s birthday this year, he showed her more love than he’s ever shown one of his leading ladies. He posted a picture of the two of them on a beach from back when he was a tot with a super sweet message. “Happy Bday to my first partner in crime and the FIRST QUEEN OF THE HOUSE,” he wrote. “We have been through so much together and I love you more than words can begin to describe. Everything I am and continue to strive to be is because of you. I love you, Momma! #UandMeVsAnybody.”

Bradley Cooper is quite the mama’s boy. When his father died back in 2011, his mother came to live with him Los Angeles. In an interview with Details magazine, he talked about their living arrangement. “It’s not without complications. It’s not like I live in a compound and she’s in the guesthouse. No. She’s in the next room. But here’s the thing: She’s a cool chick. We can hang, and she can roll with the punches. If that wasn’t the case, there’s no way,” he said.

We totally get that this isn’t awkward for Cooper; however, we do wonder how his girlfriends feel about this. This year, at the Academy Awards, he brought two dates – his mom and his girlfriend, Suki Waterhouse. His mom basically sat between the two lovers, which brings an Oedipal vibe to the situation. Also, word on the street is that Cooper’s mom is the one who encouraged him to end things with Zoe Saldana. Watch out Waterhouse!

Shia LaBeouf might be more than just a mama’s boy. In an interview with Playboy magazine back in 2009, he took loving his mom to a whole new level. “Probably the sexiest woman I know is my mother. She’s an ethereal angel. Nobody looks like that woman. If I could meet my mother and marry her, I would. I would be with my mother now, if she weren’t my mother, as sick as that sounds,” he said.

It turns out that LaBeouf had a pretty unconventional upbringing, which may help explain the unnatural feelings that he has for his mother. “All of them would just be naked around the house. That was strange for me, and it was really bizarre when my friends were there. You’ve got your little buds over, and Mom’s, like, playing naked connect the dots or whatever. She’s in the middle of goddess-group time, where it’s literally a bunch of naked women tracing auras around one another’s bodies with incense and then sitting together and humming for prolonged periods of time,” he said.