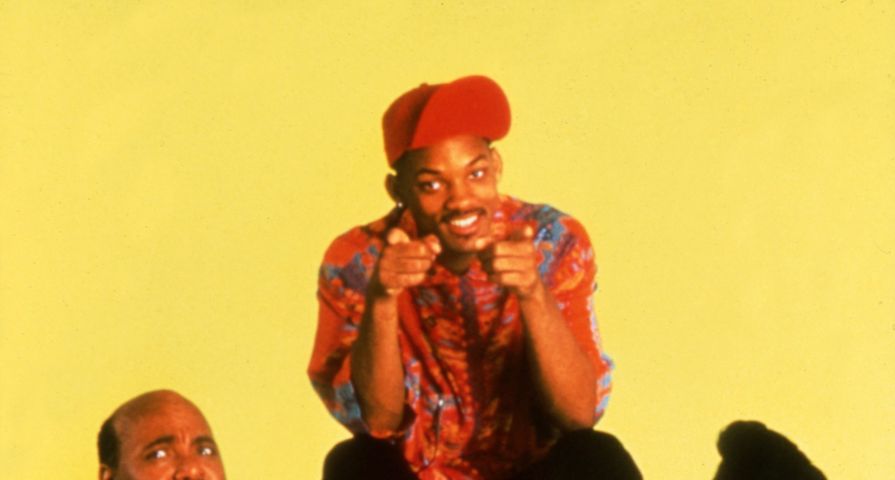 You’ve probably seen the headlines, and are aching to know if it’s true: is The Fresh Prince of Bel-Air really coming back to television? If only it were as simple as saying yes… there are a few things that still need to be considered before lights go green. Still, it is very true, a new version of The Fresh Prince is very much in the works, and producers are mulling ideas, hearing pitches and looking at treatments and story outlines now. Here are six things you need to know about Will and the gang.

When media reports suggest that something is “coming back” to TV, it’s premature, 99 percent of the time. The TV green lighting process can take forever. From pitch to pilot, sometimes it takes years to make things happen. Just because all parties are willing, there is so much more to consider. This begins and ends with the money. Yes, taking a show like The Fresh Prince of Bel-Air and bringing it back in some capacity… that’s going to score some phat cash from advertisers if you know what I’m saying Uncle Phil… You know? You know!? (R.I.P Uncle Phil/James Avery.) Taking the most recent Netflix revival of Full House, this is something that had been talked about seriously for five to seven years. It can take awhile to get everything to fall into place. Here’s to hoping that all ideas streaming from the heads of writers are pure gold.

Will a Fresh Prince of Bel-Air series sequel be a reboot, or a revival? Well… if they’re hoping for some wild success, it probably needs to be a revival. If it’s a reboot, people will tune in for curiosity, but it won’t sit well. It’s hard to imagine someone other than Will Smith being The Fresh Prince, because Will Smith is The Fresh Prince. That’s who he was to the world of celebrity long before people knew his name was Will Smith. So… taking that into consideration, our brain space is leading us toward the idea of a revival of the old cast and characters, in the same way they’re doing Full House, and creating Fuller House. Will Smith needs something like a revival of this show, even for three to four seasons, to re-engage with the audience that used to love him so much.

4. Will Smith Would Executive Produce

Will Smith is reportedly slated to executive produce this series. Additionally, here’s an interesting little tidbit about he and Jada that you might wanna know: Jada would also function as a producer on the show. Could Will and Jada play a married couple…? Perhaps? Squashing rumors of divorce? Or playing a married couple even if they did get divorced? All speculation, but speculation that cannot be denied as possibility. However, Will’s involvement in such a heavy handed role — meaning a ton of responsibility, and shouldering a lot of weight — suggests his involvement is more than lending a few story ideas, but likely starring in the series. Then again, he might just take the money, and run, but at this point, what’s money to Will Smith? He’s getting into his legacy stage — as mentioned, he needs to re-engage. (He should have done the Independence Day sequel.)

Where could they go with a revival? There are so many options when you consider the last time we saw The Fresh Prince of Bel-Air. If they reboot it, and he comes from Philly…? No thanks. However, if it’s a true revival, and the family moves back to California to bury Uncle Phil, and they rediscover the old house is on the market? That sounds like a most excellent idea. Things that must exist? Alfonso Ribeiro as Carlton. Will told Carlton in the last episode “Whenever, wherever… I got your back, C.” If that doesn’t sound like the catalyst of a new story line, what does? It would be awesome to see Hilary, Ashley, Nicky — who will surely be Nicholas now — and Vivian all back together again. And Geoffrey? But of course. We can imagine that Will graduated with top honors from ULA, then went on to be a record producer.

2. Who Would Play Vivian?

Here’s a question of logistics: who will play Aunt Viv? The original Aunt Vivian was played by actress Janet Hubert, who was “let go” from the cast after drama developed during her real life pregnancy, and for years, she stated that she would never do anything with Will Smith ever again, because he was responsible for her firing. Dapne Maxwell Reid was brought in to replace her, and after a quick quip in the first episode of that season, it was never really mentioned again. Then came the drama when rumors started to circulate through Tinseltown. Janet had been asked about a revival years ago, and said “Not until Will Smith apologizes…” then went on to say that she doesn’t foresee that happening, because he doesn’t know the word. Strong words. So, if they revive it, it’ll likely have to be Dapne Maxwell Reid.

1. It Is Only In the Treatment/Pitch Stage

There is no need to freak out, if you’re completely opposed to this show happening. As it stands, it is only in pitch stages. Basically, that means everything is mere speculation. Everyone is playing “What if…” Even if the idea is deemed a good one, they can be shelved for discussion down the line. There’s an intention behind pushing something to the press: it’s a nice way to gauge interest from fans, as well as foes. Obviously, there is more excitement for the series, than there are people who’d have an aversion to it. Most who don’t want to see it happen feel that it would only tarnish the legacy of the original if it’s a reboot. It does speak volumes about the sequel-crazed, reboot and revival world we’re living in. Maybe we’re not nuts about the now, and wanna go back to the 1990s.