Forbes: The Highest-Paid TV Actresses Of 2014 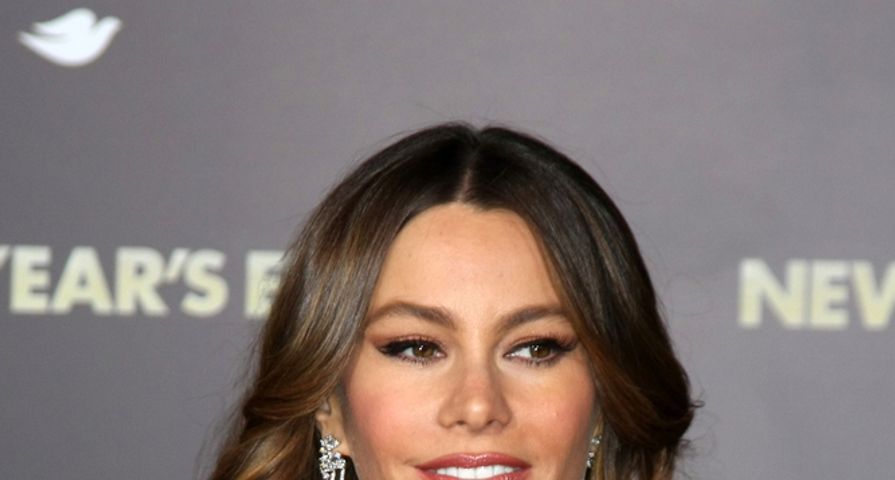 Forbes list of television’s highest paid actresses for 2014 is out and you can find it right here. There are a number of familiar faces on the list, as well as a few new ones. These actresses have earned a total of $140 million between June 2013 and June 2014, with the woman in the top spot earning over $20 million more than the woman who placed second. There is a lot of money to be made in Hollywood and these actresses are all over it. Check our slideshow for Forbes list of the Highest Paid TV Actresses of 2014 below!

Lena Dunham is the creator and star of the hit HBO show “Girls.” Since breaking out a couple of years ago, she has kept herself busy by signing a $3.5 million book deal with Random House and by starring in the indie film “Happy Christmas” with Anna Kendrick. Dunham is currently working on a documentary about the creator of “Eloise at the Plaza” and on an HBO series about Bergdorf Goodman’s renowned personal shopper, Betty Halbreich.

Claire Danes is a newcomer on Forbes list of the Highest Paid TV Actresses. Even though she began her career on television, during the ‘90s, she spent most of her time on the big screen. These days, the former movie star makes a good portion of her salary from her starring role on “Homeland,” where she also serves as a director and producer. Danes still stars in the occasional movie; however, its her endorsement deal with Audi that really pads her bank account.

Courteney Cox has been able to hold a steady income of $6 million for the last two years in a row, which has landed her in eighth place, tied with Zooey Deschanel. The former star of “Friends” makes most of her money from her dual role as star and producer on the show “Cougar Town.” The veteran actress brings home additional profits thanks to the lucrative syndication deal she holds with “Friends” and her position as Pantene’s global brand ambassador.

This is Zooey Deschanel’s third year in a row on Forbes list for the Highest Paid TV Actresses. The movie-turned-television star reportedly makes $275,000 per episode for her role on “The New Girl;” however, she pads her bank account with the multi-million dollar contract that she has with Pantene. In addition, Deschanel brings home some extra cash from touring with her indie band She & Him and  from starring in the occasional movie.

Kerry Washington has been doing very well for herself. She makes a reported $300,000 per episode on the hit show “Scandal” and, in addition, she has received nominations for Emmy Awards, Screen Actors Guild Awards and Golden Globe Awards for her flawless performance on the show. Washington has been able to double her earnings from last year thanks to her lucrative endorsement deals with Movado and Neutrogena.

Mindy Kaling brings home the big bucks thanks to her role as star, writer and producer on the hit show “The Mindy Project.” She also further pads her bank account with the income she receives from an exclusive syndication deal she has with Hulu Plus for her sitcom and the residuals she still receives from “The Office.” Kaling also has an endorsement deal with Xfinity and she has a new movie out due out in 2015, which she co-wrote.

Amy Poehler earned almost $4.5 million for her role as Leslie Knope during the sixth season of “Parks & Recreation.” She also earned an additional $2 million for her Old Navy endorsement deal and the role she had in the indie flick “They Came Together.” It looks like Poehler won’t be going anywhere anytime soon. “Parks & Recreation” is coming back for a seventh season and she has signed a three-year deal with NBC and Universal TV.

Alyson Hannigan was rumored to be raking in about $340,000 per episode during the ninth season of “How I Met My Mother.” With syndication values, the former star of “Buffy the Vampire Slayer” has an income of about $9.5 million. While she has taken some time off television and work in general since “How I Met My Mother” ended, it looks like she will coming back soon. Hannigan is signed on to star in the sitcom “More Time With Family.”

Cobie Smulders did really well for herself thanks to her role on “How I Met Your Mother.” She was said to be earning $340,000 per episode on the show and was making additional profits from her roles in movies like “Captain America: Winter Soldier” and other smaller-scale films. Smulders looks like she has it made. She reportedly made another $1.5 million from syndication revenues from “How I Met Your Mother.”

Ellen Pompeo has been making Forbes list for the Highest Paid TV actresses for years. She plays the titular character, Meredith Grey, on “Grey’s Anatomy, which has brought her in millions and continues to do so. Pompeo – along with Patrick Dempsey – is signed on for another two seasons of the show. Last we heard, she was earning a reported $350,000 per episode; however, it looks like this was renegotiated with their contracts.

Julianna Margulies is one of the new additions to Forbes list of the Highest Paid Television Actresses. While she rose to fame on the medical drama “ER,” she currently stars in the legal drama “The Good Wife,” where she plays an attorney by the name of Alicia Florrick. Margulies not only stars on the critically acclaimed series, she is also a producer. In addition, she also profits from a syndication deal she has with the show and from a lucrative contract that she has with L’Oreal.

Kaley Cuoco – star of the “Big Bang Theory” – was making a reported $350,000 per episode before the cast signed negotiated for $1 million per half episode for the 72 remaining episodes that are expected to run from season eight through to 10; however, this doesn’t include the money she makes with syndication deals. The television star supplements her income with an endorsement deal with Priceline and she has a movie due out in 2015 co-starring Kevin Hart.

Mariska Hargitay is the second highest earning television actress for the second year in a row. This is probably due to the salary increase she received for her role as Detective Olivia Benson on “Law & Order: Special Victims Unit.” The show has been renewed for a sixteenth season thanks to a surge in viewership during season fifteen. Hargitay is rumored to be earning about $450,000 per episode on “Law & Order” and she makes even more money because the show has been syndicated.

Sofia Vergara is the top earning television actress for the third year in a row. The Latin American actress has proven to be quite business savvy. She has secured a number of lucrative endorsement deals with big companies including Diet Pepsi, CoverGirl, Head & Shoulders and AT&T. Vergara has also locked down a 12-year contract with K-Mart, her own fragrance, movie roles and she is rumored to bring in $325,000 per episode for “Modern Family.”