Duck Dynasty: Behind The Scenes Controversies 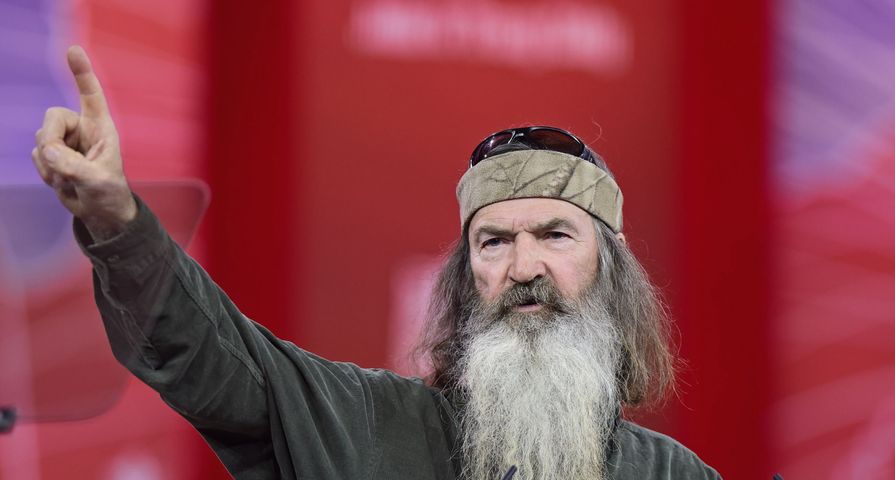 The reality show Duck Dynasty has been a ratings gold mine for A&E. In the first nine months of 2013, it earned $80 million and merchandise for the show earned another $400 million in revenue – not bad! While the Robertson family promotes wholesome Christian values, they have found themselves embroiled in a number of different scandals and they also have some pretty scandalous family secrets. Here are the top 7!

Before he found God, Phil was battling alcoholism and wasn’t being a faithful husband. When Miss Kay tried to convince him to stop drinking, he threw her and their kids of their home, so they had to move into an apartment. Eventually, Phil found God and then begged her to take him back. Even though she was at her wit’s end, she forgave him and took him back and they’re still together to this day.

As a young man in his 20s, Phil leased a dive bar. When the owners tried to raise the rent, Phil lost it and got into a violent fight with them. He reportedly beat them so savagely that they had to be rushed to the hospital, so Phil went on the lam and lived in the woods for four months. According to the National Enquirer, Kay sweet talked the owners into not filing criminal, but they still took out a restraining order against Phil.

In an interview with E! News, Phil’s son Jep revealed that an older student abused him when he was in grade school. “She’d come sit beside me, like a motherly figure almost. I remember her being sweet and taking care of me. I liked to sit in the back so she’d come sit with me,” he said. Then things started to get inappropriate. She would put his hands under her shirt and make him pull his pants down. This went on for a couple of years.

4. Struggles with Drugs and Mental Illness

Both Phil and Si struggled with alcohol abuse while Phil’s son Jep tried every drug imaginable, from a joint soaked in formaldehyde to LSD laced weed. His family ended up staging an intervention and he gave up drugs for Christianity. Phil’s eldest son Alan also struggled with alcohol and drug abuse when he was a teenager. Mental illness also runs in the family. Phil and Si’s mom had been diagnosed with manic depression and spent time in various mental health care facilities. Si’s son Scott also has dealt with mental health issues and once attempted take his own life and so did Reed.

Back in 2009, Phil was captured on film saying a bunch of sexist stuff, like advising men to only date and marry 15 and 16 year old girls. “I’m going to give you some river rat counseling. Make sure that she can cook a meal. You need to eat some meals that she cooks, check that out. Make sure she carries her Bible. That’ll save you a lot of trouble down the road,” he said. “And if she picks your ducks, now that’s a woman. They got to where they getting hard to find, mainly because these boys are waiting till they get to be about 20 years old before they marry them. Look, you wait till they get to be 20 years old the only picking that’s going to take place is your pocket. You got to marry these girls when they are about 15 or 16. They’ll pick your ducks. You need to check with mom and dad about that, of course.”

In an interview with GQ in 2013, Phil made some offensive remarks about homosexuality, likening it to bestiality. “Start with homosexual behavior and just morph out from there. Bestiality, sleeping around with this woman and that woman and that woman and those men,” he said. “Don’t be deceived. Neither the adulterers, the idolaters, the male prostitutes, the homosexual offenders, the greedy, the drunkards, the slanderers, the swindlers – they won’t inherit the kingdom of God. Don’t deceive yourself. It’s not right.. It seems like, to me, a vagina – as a man – would be more desirable than a man’s anus. That’s just me. I’m just thinking: There’s more there! She’s got more to offer. I mean, come on, dudes! You know what I’m saying? But hey, sin: It’s not logical, my man. It’s just not logical.”

In the same interview with GQ, Phil made some controversial comments about the black community during the pre-civil rights era. “I never, with my eyes, saw the mistreatment of any black person. Not once. Where we lived was all farmers. The blacks worked for the farmers. I hoed cotton with them. I’m with the blacks, because we’re white trash. We’re going across the field…. They’re singing and happy. I never heard one of them, one black person, say, ‘I tell you what: These doggone white people’ – not a word!… Pre-entitlement, pre-welfare, you say: Were they happy? They were godly; they were happy; no one was singing the blues,” he said. As a result of this and his comment about homosexuality, A&E put Duck Dynasty on hiatus.