Home » Entertainment » Celebrities » Celebs Who Have Allegedly Done Horrible Things: Does It Matter?

Celebs Who Have Allegedly Done Horrible Things: Does It Matter? 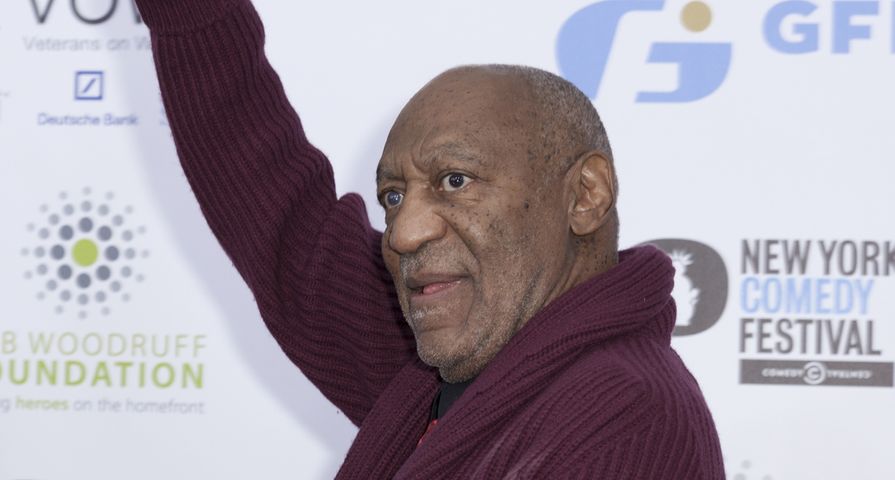 Many of us put celebrities on pedestals. We assume that just because they are these big stars that they must be superior to us in any and all ways. Unfortunately, this isn’t always the case. Celebrities are prone to error, just like the rest of us. The only real difference we have found is that, when they mess up, it is all over the news. Some celebrities have screwed up in pretty epic ways. As a result, some of their careers have been halted and we want to know if you think this is fair. When celebrities do bad things, should they be punished?

Back in the ‘70s, Roman Polanski had a reputation for liking young girls. In 1977, he was charged with unlawful sex with a minor after he reportedly raped a 13-year-old girl, Samantha Geimer. He had managed to get her parent’s approval to take her out by telling them that he was going to be taking her picture for French Vogue, which was a bold-faced lie. He spent the evening feeding her liquor and Quaaludes and then raped her.

Polanski pleaded guilty to the charge of unlawful sex with a minor; however, to avoid any jail time, he fled the country before sentencing. He has been in France ever since because they protect their citizens against extradition. In spite of everything, Polanski has continued to have a really successful career as a director. Does it really matter that he raped a minor or does something like this have nothing to do with his career?

Ever since Chris Brown was charged for assaulting his then girlfriend Rihanna, people’s opinions on him have been divided. For all of the haters, there is plenty of evidence to indicate that he is isn’t really sorry for what he did. On “Good Morning America,” when he was asked about the Rihanna situation, he went into a rage. He smashed a window, ripped his shirt off and then stormed off set topless. It is behavior like this that makes it really hard for many people to forgive him.

In spite of everything, however, Brown still has loyal fans who love him no matter what and people in the industry who are still rooting for him. In 2012, he won the Grammy for Best R&B Album. Unfortunately, he took it as an opportunity to give the bird to his haters. “HATE ALL U WANT BECUZ I GOT A GRAMMY Now! That’s the ultimate F**K OFF!” he tweeted. Does it matter that Brown is really unrepentant or does he deserve a second change in spite of this?

Mel Gibson’s reputation and career are nowhere close to where they used to be. It seems as though people were more willing to forgive him after the drunken anti-Semitic tirade he went on in 2006. He offered several seemingly sincere apologies for his behavior and even went to rehab to get some help. At that point, he wasn’t necessarily the pariah that he’s now become.

In 2010, however, when he was caught on tape screaming profanities at his ex, Oskana Grigorieva, people began to feel very differently. On the tape, he can be heard admitting that he hit her, telling her that she “deserved it” and we can also hear him tell her that he hopes she gets raped. After this, Gibson’s career pretty much ended. He tried to make a comeback with “The Beaver,” but it was a flop at the box office. Do you think he is deserving of a second chance? Or is it fair that he is on Hollywood’s blacklist?

Woody Allen has a couple of skeletons in his closet. In 1992, he left his girlfriend Mia Farrow after he was caught having an affair with her adopted daughter, Soon-Yi Previn, who was in her late teens. A nasty custody battle ensued between Allen and Farrow and he was hit with more allegations, including one claiming that he had been molesting the daughter he had adopted with Farrow, Dylan.

The screenwriter-director has continually denied the allegations; however, according to court documents, Allen had been in therapy for alleged inappropriate behavior with Dylan around this time and all of the couple’s babysitters were instructed not to leave him alone with her because of this. Allen accuses Farrow of planting the molestation story in their daughter’s head to help her get back at him for his relationship with Soon-Yi; however, Dylan maintains that Allen did molest her. Should something like this affect his career? Or this just none of our business?

There are many people out there who probably think that Mama June is one of the worst mothers out there. It was recently reported that she was involved with a convicted child molester by the name of Mark McDaniel, who had just completed a 10-year prison sentence for molesting a young girl. According to June’s daughter Anna, she was the child that McDaniel molested. He had been dating Mama June and had sexually abused Anna while her mother was at work.

Rumor has it that Mama June and McDaniel are currently dating again, which is why TLC chose to cancel “Here Comes Honey Boo Boo.” Mama June continues to deny this. Even worse, she seems pretty skeptical about her daughter Anna’s claims that McDaniel abused her. What do you think of this situation? Should the show have been canceled? Do you believe that Mama June isn’t currently involved with this convicted child molester? All in all, should this really affect her career in showbiz?

Stephen Collins – who is currently in the middle of a really acrimonious divorced with his estranged wife Faye Grant – was reportedly caught on tape during a therapy session admitting that he has molested several underage girls. Collins has not been charged with any crimes nor has he addressed any of the allegations; however, the NYPD and LAPD have both opened investigations on him.

Collins was supposed to have a part in “Ted 2,” but was fired after the recording was published online. He was also forced to drop out of the Screen Actors Guild that same day and re-runs of “7th Heaven” have been pulled indefinitely. Collins’ lawyers have not responded to the allegations; however, they have accused Grant of trying to use the audiotape to extort money from the actor. Do you think that what is happening to him is fair or does he deserve what he is current receiving?

Allegations that Bill Cosby drugged and raped women have been swirling for over a decade. In 2006, he settled with one of his accusers out of court. Even though he has continually denied any wrongdoing over the years, in the last few weeks, more and more women have come forward claiming that the actor drugged and raped them as well. Some of these allegations date as far back as the 1960s and one of these women is famous model, Janice Dickinson.

Cosby is currently gearing up to head back to television this fall. He is supposed to be starring in an NBC sitcom as a wholesome family man, which is hardly a surprise given his other roles. As far as we know, the show is still going to happen; however, Cosby recently canceled appearances on “Late Show with David Letterman and “The Queen Latifah Show” because of the current controversy. Do you think that these rape allegations should derail the actor’s career or should we just leave that to the courts?