Home » Entertainment » Celebrities » Celebrity Kids Who Are Nothing Like Their Parents 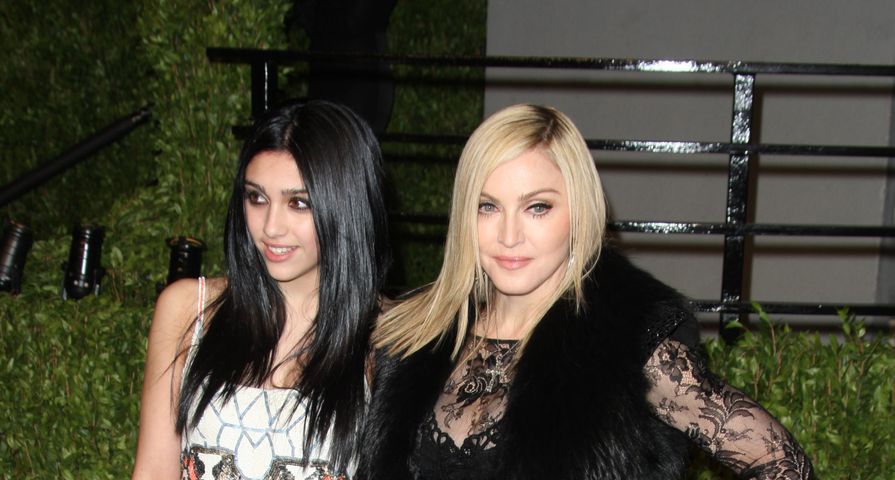 It might be odd to think of Kendall Jenner as shy because the supermodel and reality star has over 13 million Twitter followers and over 39 million followers on Instagram. It seems like the Kardashian clan is all about family togetherness — but when Kendall modeled at London Fashion Week earlier this year, Kendall had to tell her mother to leave her alone when Kris tried to be a part of everything. Part of the issue was that Kris and Kendall were handling the news of Caitlyn Jenner’s transition differently: “Things are changing and I think we’re both going through these emotions and working through them as best we can,” Kendall said in a confessional interview on Keeping Up with the Kardashians. “Being able to work all the time and travel takes my mind off it for the time being – and I don’t think she realizes I can do it on my own now.” And when it comes to Kris’ mothering attitude, Kendall admitted to her face, “It’s so weird to me. I’m dead serious. That’s so annoying.”

Courtney Love and her daughter Frances Bean Cobain made headlines earlier this year when Courtney didn’t attend Frances’ wedding to Isaiah Silva. According to Us Weekly, Frances didn’t even tell her mom about the secret nuptials, which were only attended by “a close circle of friends.” Awkward! Courtney wrote on social media, “If you think I’m sorry for being a no-show at any important events this week, think again. I was with @jamesnorley.” A source told Rolling Stone that there isn’t a big scandal between mother and daughter, though. “Courtney really likes Isaiah and is very happy for Frances,” the insider dished. “Courtney is sad she wasn’t at the wedding [but] this has not caused a rift between mum and daughter. Courtney was sad, but she’s cool and Isaiah is a great son-in-law.” So how does it get to the point where you don’t invite your mom to your wedding? While Courtney has always been a loud rocker chick who caused a scene, Frances is content to live a quieter life. She has modeled, done performance art, worked as an intern for Rolling Stone magazine and has been a guest vocalist, but has been known to say no to acting opportunities.

Although Angelina Jolie followed in her father Jon Voight’s footsteps in terms of acting, the two have very different personalities. While Jon cheated on Angelina’s mother, Angelina would only see Brad Pitt after he split from then-wife Jennifer Aniston. Jon and Angie were actually estranged for years because of his straying, and because he said publicly in 2002 that Angie had “serious mental problems.” But after Angelina’s mother passed away, she decided to let her father back into her life. “I thought about my children never meeting their grandfather,” she said in 2011. “I thought about my brother only having one parent and only one family member alive and I thought about my father being alone and discussed that the best thing we could do would be to meet and talk, but that we would only be able to do this if we never spoke about the past again.” But that doesn’t mean they’re close; she didn’t tell her dad that she and Brad were finally getting married, nor did she give him a heads up about the op-ed she wrote in The New York Times about her preventative double mastectomy.

Liv Tyler didn’t find out that Aerosmith frontman Steven Tyler was her dad until she was 10 years old. “He was just out of rehab, so part of going through those steps is making amends by reaching out to my mom after years of being a drug addict and not ever being there,” she told Wonderland magazine. “I don’t think he was in any position to be a father,” she’s said in the past about their first interactions. Unlike Steven, Liv didn’t seek out a crazy lifestyle as a young adult. Right out of high school, she got busy working in film such as Stealing Beauty and skipped the drugs some of her peers were doing. She married Royston Langdon when she was just 25 (they are now divorced) and had a son, Milo, just a year later. “In my twenties, I definitely had a sense of wanting to create stability for myself,” she said in an interview with The Telegraph.

Although Lily-Rose Depp is becoming a celebrity like her father, Johnny Depp, they don’t exactly see eye to eye on things. When the film Mortdecai was released, Johnny said in a red carpet interview that Lily-Rose didn’t help him with his character the way she did when he starred in Willy Wonka and the Chocolate Factory. “She was probably too embarrassed to help me with another character,” he said with a smile. “She thinks her dad’s weird.” Now, it’s not terribly unusual for a teenage girl to be embarrassed of her father (Lily-Rose is only 16), but another interview makes us think that Lily-Rose and Johnny may be headed in separate directions. In an interview with Germany’s Gala Magazine, Johnny admitted that he was “worried” about his daughter’s budding modeling career. “To be honest, I’m quite worried,” he said. “What’s happening with Lily-Rose right now isn’t what I expected. Definitely not at this age. But these are her passions and she’s having fun.” Even at her young age, Lily-Rose has already walked the runway and done an eyewear campaign for Chanel. She also appeared on the October issue of Vogue Paris.

Ireland Baldwin, the 20-year-old daughter of actors Alec Baldwin and Kim Basinger, has begun to make a name for herself in the modeling world  — but she wants everyone to know that she’s not like her parents. In a candid tumblr post, she wrote, “I AM NOT MY PARENTS. My mom is one of the most beautiful woman in the world. She is 5’9, I am 6’2. She is petite and fragile, and I am fit and….more to love tehe. I have a booty, she has a thigh gap. As she emerged from her teen years, she developed an angular face and striking cheekbones. I am still a teen making my way out of my awkward phase.” Ireland also weighed in on her dad, who infamously called her a “rude thoughtless little pig” on a voicemail when she was just a kid. “My Dad has made some mistakes in the past. He has spoken out of place, he has let his temper get the best of him, and he has reacted towards things in ways he shouldn’t have. I get hateful replies and threats regarding mistakes of my Dad’s past. This isn’t fair. I had nothing to do with anything that happened back then, so I don’t fully understand why I am being targeted,” she wrote. But unlike her dad, she isn’t avoiding social media because she says things that get her in trouble. “I have entered the social media world and the entertainment business to make a name for myself,” she wrote.

Madonna’s oldest daughter Lourdes has followed in her mom’s footsteps and enrolled at the University of Michigan — but while Madonna dropped out to pursue a music career in New York City, Lourdes is trying to be a more normal teenager. When she graduated from high school, she wrote a blog post about graduation and prom. (How normal, right?!) Now that she’s in college, she avoids her mom like any other embarrassed teen. “I’m not allowed at games,” Madonna admitted to the Today show’s Carson Daly. “You think my daughter wants me at a game?” But Madonna is having trouble letting go. “I’m very ‘mom,'” she said of how she acts when she visits the college campus. “I’m very, you know, worried: ‘Are you okay? Are you getting enough sleep? Are you eating right?’ You know, I set up a humidifier in her room with eucalyptus oil. I was worried about the fact that she didn’t have enough towels, Q-tips.”