Home » Entertainment » TV » Cast Of Southern Charm: How Much Are They Worth? 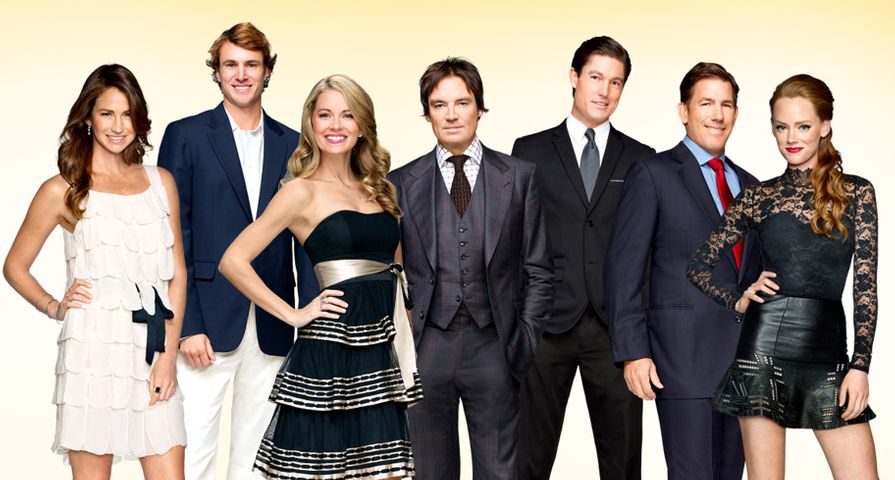 Bravo has a penchant for showcasing the rich and famous, and for the show Southern Charm, they have managed to infiltrate the notoriously private world of the elite of Charleston, South Carolina. Much like the Real Housewives, the basis of the cast is their money, and while sometimes as regular people it gets hard to watch people squabble about just how much they have, and bringing their own bartenders to events, the lives of the really rich is still intriguing and pulls in audiences episode after episode. Many wonder how these people landed their elite status, and being elite and rich, just how much money are they making? We know they have money, but if you ever wondered just how much, check out how much the cast of Southern Charm is worth.

Estimated Net Worth: $300 Thousand. Jenna King was without a doubt the edgiest of the Southern Charm cast, who was consipiculously absent from Season 2, and that may be because she isn’t as wealthy as the show would have you believe. King’s estimated net worth as posted by Celebrity Net Worth has her with a bank account holding $300 thousand. As an aspiring fashion designer and brief reality star this makes sense. Then of course, there are all kinds of rumors that Bravo rented the house that was supposedly hers for that season, and she never had the kind of money she would have you believe on the show.

Estimated Net Worth: $200 Thousand. Craig Conover is another one where it isn’t quite clear where his money is coming from, and it seems he really doesn’t have that much with an estimated net worth of $200 thousand. He was a law student and a first year associate, but partied a lot. It seems some of his money could come from some modeling he has been doing since the show first aired. Between the show, law firm and modeling, it seems reasonable he has $200 thousand, just surprising it isn’t more.

Estimated Net Worth: $500 Thousand. Cameran Eubanks is perhaps the most liked of the seemingly insufferably wealthy cast, and as well as being a reality star, she is also a real estate agent with a net worth of $500 thousand. Reality TV fans might have recognized her before she became a star of Southern Charm, however, as Cameran was one of the cast members on Real World: San Diego in 2004 where she was described as a “Southern Belle.” She comes from a wealthy family and recently married her husband, Jason Wimberly, who is a doctor, so even if her real estate career isn’t booming, it doesn’t mean she is separated from the affluent life.

Estimated Net Worth: $200 Thousand. The one thing that is most important about the cast’s estimated net worth versus the lifestyle they portray on TV is that it is their family that is wealthy, not them personally necessarily. Like some of the others, Shep Rose comes from old Southern money, and his net worth most likely is not taking into account the trust funds that are most definitely in his name. He also has opened his own restaurant Palace Hotel, which will only add to his bank account along with his reality TV star status.

Estimated Net Worth: $600 Thousand. Kathryn Dennis is a model, socialite and reality star, but when taking into account her net worth, it always comes back to to the fact she is from a long line of high-profile government officials including John C. Calhoun. Along with her family’s money, she is now forever linked to State Treasurer Thomas Ravenel, after the two with their 29-year age gap had a child together last year.

Estimated Net Worth: $2 Million. Thomas Ravenel definitely has a fair bit of cash to sit on as a politician, real estate mogul and reality star. As a State Treasurer, his time in his office was riddled with scandal including an indictment on federal cocaine distrubition charges. However, he still pulled in a hefty paycheque, and is also the founder of the Ravenel Development Corporation. He too has family money as his father was a congressman, so it is no surprise he has a net worth of $2 million.

Estimated Net Worth: $2 Million. Whitney Sudler-Smith is another fortunate recipient of family money as his mother, Patricia Altschul, is extremely high-society and drinks $2000 wine like its water. Whitney is also a filmmaker, and as well as being a star of Southern Charm, he is also an Executive Producer on the show. He has worked on several independent films and documentaries, but his $2 million net worth is thanks in large part to his mother.

Estimated Net Worth: $3 Million. Last, but certainly not least is Southern Charm’s newest member, Landon Clements who got brought in for Season 2. Following the exit of Season 2, she apparently brought a lot of money with her. Clements is an interior designer, and while it may not be the most prestigious job, when you are working for Charleston’s elite, then odds are you are getting paid quite a lot, explaining her very impressive $3 million net worth. It is also assumed that she got a pretty good settlement from her divorce with her British ex-husband. 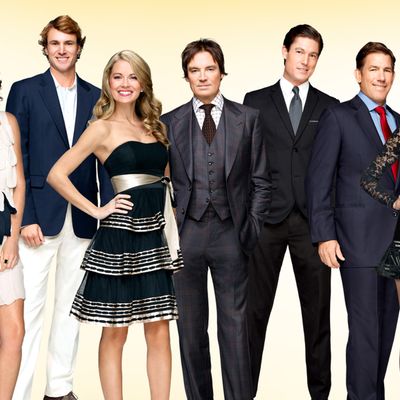