Cast Of Now And Then: How Much Are They Worth Now? 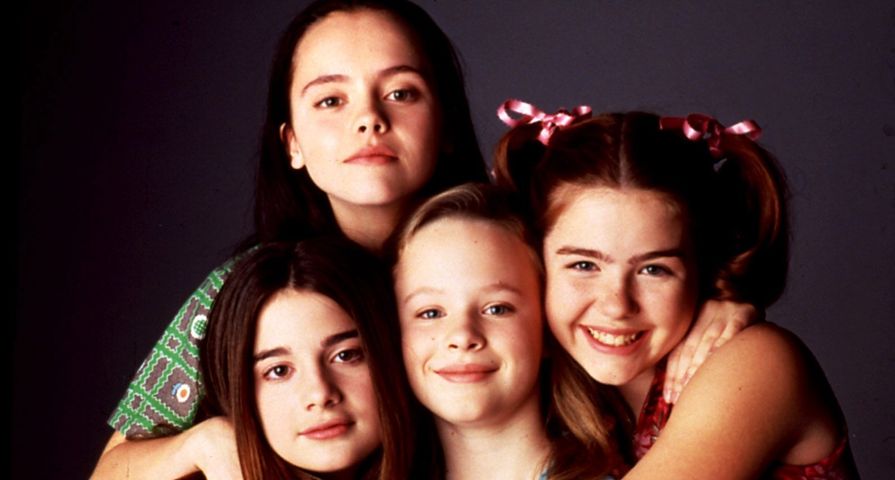 Back in 1995, Now and Then was the quintessential coming-of-age film with a star-studded main cast and an equally impressive supporting cast. Like a lot of fan-favorite films, Now and Then was criticized by film critics, but it did well commercially and served as a staple late-childhood film for many in the ’90s. Unfortunately, the cast lost star Ashleigh Aston Moore in 2007 at the age of 26, and the successes of the rest have been wide and varied. Check out how much the cast of Now and Then is worth now!

Estimated Net Worth: $10 Million. Bonnie Hunt was in the supporting cast of Now and Then as Mrs. Dewitt and was a great addition to a career that was on a roll following her success in Rain Man, Beethoven, Beethoven’s 2nd, and Jumanji. She has had continued success as an actress with roles in The Green Mile, Jerry Maguire and Cheaper by the Dozen, but also as the host of the day time talk show The Bonnie Hunt Show. She has also expanded her roles to behind the camera also acting as a producer and writer for some projects and has earned herself an estimated net worth of $10 million.

Estimated Net Worth: $70 Million. Hank Azaria was another major star who was part of the supporting cast with his role as Bud Kent. While he began with small roles in several television shows, he eventually landed bigger roles in things such as Herman’s Head, The Birdcage, Godzilla, Mad About You, Friends, Huff and many more. What has got Azaria most of his impressive $70 million, however, is the several voices he has provided for The Simpsons from 1989-2016. Azaria made a reported $300 thousand per episode, and added to his income from other work adds up to quite the substantial net worth.

Estimated Net Worth: $10 Million. Actress Janeane Garofalo was just getting her career on a roll when she landed the role of Wiladene in Now and Then. She has gone on to become a recognizable face in Hollywood with roles in several shows and films including The Cable Guy, The Larry Sanders Show, Romy and Michele’s High School Reunion, Dogma, Felicity and Mystery Men, just to name a few. She has also offered her voice to some major animated projects such as Ratatouille, and with 145 acting credits to her name, she has a respectable net worth of $10 million.

Estimated Net Worth: $21 Million. Cloris Leachman is an icon in Hollywood with a whopping 279 acting credits to her name. She is best known for playing Phyllis Lindstrom on the Mary Tyler Moore Show in the ’70s and has appeared in several other notable works in a career that has spanned six decades. She appeared as Grandma Albertson in Now and Then and was seen in Girl Meets World and Scouts Guide to the Zombie Apocalypse. All her hard and continuous work has paid off with a net worth of $21 million.

Estimated Net Worth: $2 Million. Devon Sawa was one of the young heartthrobs of the ’90s and early 2000s, appearing in Little Giants, Casper and Now and Then as Scott Wormer. He went on to star in The Boys Club, Wild America, SLC Punk!, Idle Hands, Slackers and Final Destination. While his acting career has slowed down, he made a return in 2010, starring in the show Nikita as Sam Matthews until 2013. Overall he has earned an estimated net worth of $2 million.

Estimated Net Worth: $150 Million. Demi Moore was one of the biggest actresses of the ’80s and ’90s, appearing in No Small Affair, St. Elmo’s Fire, About Last Night…, Ghost, A Few Good Men, Indecent Proposal and The Scarlet Letter, just to name a few, before starring in Now and Then as the adult Samantha. She has had quite the prolific career in the industry which including voicing Esmeralda in The Hunchback of Notre Dame and appearing in G.I. Jane, and Mr. Brooks. With her acting roles, her roles as a producer, as well as high-profile divorces from Bruce Willis and Ashton Kutcher, Moore has a whopping net worth of $150 million.

Estimated Net Worth: $500 Thousand. Although Gabby Hoffman began acting at the tender age of 4, her career has not turned into a money-tree. Hoffman starred in Now and Then as the young Samantha. Her first film role was in the blockbuster Field of Dreams, and she went on to appear in Uncle Buck, Volcano, 200 Cigarettes and has appeared in the hit shows Girls and Transparent. Hoffman still only has an estimated net worth of $500 thousand.

Estimated Net Worth: $30 Million. Melanie Griffith has become a well-known face in the industry which has included a notable acting career, including her role in Now and Then as the adult Teeny. She is known for her roles in films such as Working Girl and Lolita as well as her numerous appearances in different television shows. Griffith is also well known for being the mother of actress Dakota Johnson and for her high-profile marriages to Don Johnson and Antonio Banderas. She has a very respectable net worth of $30 million.

Estimated Net Worth: $8 Million. Thora Birch has been acting since a very young age and landed her first role in the short-lived ’80s series Day by Bay. She quickly became a highly sought-after young actress and appeared in Parenthood, Paradise, All I Want for Christmas, Patriot Games, Hocus Pocus and Clear and Present Danger before even getting to her role as the young Teeny in Now and Then. She has since appeared in many more films including American Beauty, Ghost World, and The Hole. She now has a net worth of $8 million.

Estimated Net Worth: $120 Million. Rosie O’Donnell is a well-known face and name in the entertainment world as a comedienne, actress, author and TV personality, all of which has added up to $120 million for the star. She acted a lot more back in the ’80s and ’90s including roles in Gimme a Break!, Stand by Your Man, A League of Their Own, Sleepless in Seattle, The Flintstones and Now and Then as the adult Roberta. O’Donnell has appeared in many other shows over the years but is now best known for her time spent as a host on The View.

Estimated Net Worth: $18 Million. Christina Ricci also began acting at a young age and automatically became a star after starring as Wednesday Adams in The Addams Family and The Addams Family Values. These roles were followed by major parts in more notable movies including Casper and Now and Then as the young Roberta. While her acting has slowed down, Ricci is also best known for roles in Sleepy Hollow, Monster, Ally McBeal and Pan Am. Her major roles really paid off as she now has an estimated net worth of $18 million.