Home » Entertainment » Celebrities » Cast of Bring It On: Where Are They Now?

Cast of Bring It On: Where Are They Now? 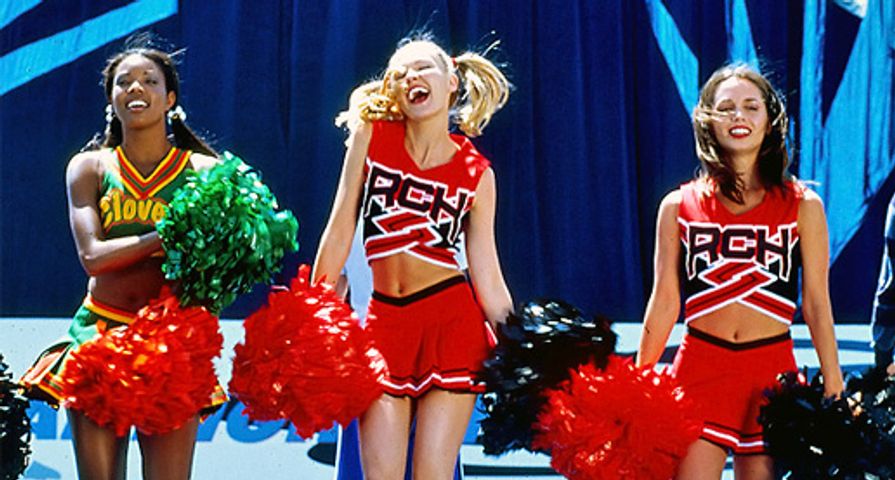 Bring It On was released fifteen years ago, on August 25, 2000, and we’ve never been the same. Made for only $10 million, the cheerleader comedy directed by Peyton Reed and written by Jessica Bendinger went on to make $90 million at the worldwide box office. It even resulted in four different TV movies! We’ve kept up with some of the film’s stars, but here is what all the main cast members are up to now:

Clare Kramer played Courtney, one of the more typical blonde cheerleaders who always flirted with Jan (Nathan West). She also appeared in several episodes of Buffy the Vampire Slayer as Glory before trying her hand at producing, writing and directing. She also founded the website GeekNation.com, which is the home of one of the web series she’s produced, Film Pigs. When asked about her experience playing b—-es in Buffy and Bring it On, she told Pop Culture Addict, “I never view my characters in a negative way. I always approach them by trying to find the truth in their ethics. When playing someone different than me like that, there is always a part of me, if not for social conditioning, that would say a few extra things or share a few emotions that I have repressed just to be a good standing member of society. But when you take on those types of characters you get to let all that stuff out, and it’s kind of a nice relief.”

Playing new girl Missy Pantone, Eliza was already famous in 2000 for her roles on Buffy the Vampire Slayer and Angel. Afterward, she continued working on genre TV shows, including Dollhouse. Now 34, Eliza has also done voice work on animated series such as HULK/Agents of S.M.A.S.H. Earlier this month, she made headlines when she took to Instagram to complain that she was kicked out of the hotel room she’d been living in for two months when One Direction took over the entire floor. She wrote on Twitter that there was no bad blood between her and the band, but perhaps that’s because she got attacked by crazy Directioners online? Oh, and as for her love life: she was dating retired NBA player Rick Fox, but they’ve since broken up because of the struggles of a long-distance relationship.

Who can forget Missy’s music nerd brother, Cliff Pantone, played by Jesse Bradford? After filming Bring it On, Jesse finished his degree in film at Columbia University and continued to act, starring in TV shows such as The West Wing, Outlaw and Guys With Kids. He recently told MTV, “I like to imagine a world where Tor and Cliff worked out, you know? That’s kind of fun, right? But I also like to imagine a world where nothing worked out for any of these people, and it’s just kind of dark, dark, dark, dark comedy, though, you know? So that’s two [options].”

After playing Big Red in Bring it On, Lindsay Sloane continued acting — she was in both of the Horrible Bosses films, and she can currently be seen on the CBS comedy The Odd Couple. She also played Nancy Reagan in an episode of Comedy Central’s Drunk History, which isn’t exactly something we were expecting, and has done parts on The League, Kroll Show, Psych, Children’s Hospital and Playing House. Girl is busy! She also has a daughter with her husband, talent agent Dar Rollins.

Richard played Torrance’s supportive older boyfriend, Aaron, who was in college in the film. He acted in some other things after Bring it On, such as 1999’s Detroit Rock City and 2002’s Teenage Caveman, but unfortunately he passed away in Los Angeles in 2009 at the age of 34. The cause of his death has not been reported.

We can’t forget about male cheerleader Jan, played by Nathan West, who joined the squad so that he could cop a feel. Nathan looks a lot more like a grownup now, and he’s continued working in Hollywood: he’s played parts on Grey’s Anatomy and Bones, among other projects. In 2002, he got married to Chyler Leigh (Lexie Grey in Grey’s) and now they have three children together.

We can’t believe that Gabrielle Union is 42 (she was already 27 when she starred in Bring it On), but she recently said on Twitter that she stays looking young by drinking a gallon of water a day. She also recently paid tribute to Bring it On in an Instagram post, captioning a photo of herself in her Clovers uniform: “Can’t believe it’s been 15 years… #TeamClovers #ISaidBrrrrrrrr #RIPNatina ♡♡♡.” Since playing Isis in Bring it On, Gabrielle has starred in several TV shows and movies, from Bad Boys II and Ugly Betty to Think Like a Man Too and Top Five. She also currently plays Mary Jane Paul on BET’s Being Mary Jane and is married to NBA star Dwayne Wade.

“When I was 16 and did Bring It On. I was that girl,” Kirsten, now 33, said in an interview this year. “It was like me being in high school as myself. It wasn’t a stretch at all. I was a cheerleader, my best friend was a cheerleader. I wasn’t in competitions, but I watched them on TV.” Kirsten has done some other comedies, like the dark female friendship comedy Bachelorette, but she’s continued to impress audiences as a rather serious actress, too. Soon she’ll appear in the second season of FX’s Fargo as a “wannabe celebrity hairdresser.” She’s also working on a project she plants to direct. “We’re in the rewrite phase [of the script], and we have an actress,” she said in Gotham magazine. “It’s almost all together, but I can’t fully talk about it yet.” She is also dating hottie Garrett Hedlund!