Home » Entertainment » Celebrities » Cast Of 2 Broke Girls: How Much Are They Worth?

Cast Of 2 Broke Girls: How Much Are They Worth? 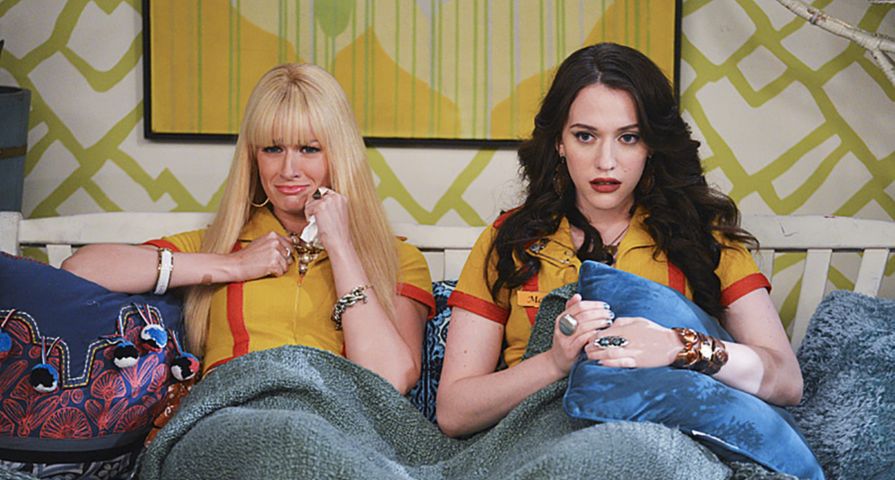 2 Broke Girls was a major hit on CBS during the six seasons that it was on the air. The sitcom focused on the lives of unlikely friends and roommates, Max Black and Caroline Channing, to hilarious results. Although critics were back and forth in their responses on the series, criticizing the humor based on racial stereotypes and sex, fans loved every minute. Aside from a few familiar faces, the show brought in quite a few relatively unknown actors, who all reaped the benefits of the show’s success. Check out how much the cast of 2 Broke Girls is worth now!

Estimated Net Worth: $800 Thousand Before his role on 2 Broke Girls, Ryan Hansen was best known for his role as Dick Casablancas on the hit series Veronica Mars. He also appeared in different films and shows including Superhero Movie, Gossip Girl, Party Down, Key and Peele, G.I. Joe: Retaliation, Bad Judge and Grandfathered. Through it all, his most steady role was as Andy on 2 Broke Girls. His sporadic yet consistent work has led to an estimated net worth of $800 thousand.

Estimated Net Worth: Unknown. Patrick Cox has had many roles over the years, but his lack of starring gigs means his net worth remains unknown. In 2 Broke Girls he is known for portraying John through 14 episodes, but he is also known for small roles in Big Time Rush, The Dark Knight Rises, Don’t Trust the B in Apartment 23, Veronica Mars and many others.

Estimated Net Worth: $8 Million. Jennifer Coolidge is a well known actress and comedian who has done very well for herself in Hollywood. She began her career in television back in 1993 after appearing in one episode of Seinfeld. She went on to add to her career with roles in both film and television including parts in A Night at the Roxbury and Trial and Error but she got her big break in 1999 after starring as Stifler’s Mom in American Pie. This role was followed by bigger parts in films like Legally Blonde, American Wedding and A Cinderella Story. Along with numerous other roles she has now starred on 2 Broke Girls as Sophia Kachinsky for 106 episodes and has also provided several voices for the TV series Gravity Falls, all adding up to a very respectable net worth of $8 million.

Estimated Net Worth: $800 Thousand. Matthew Moy only began his acting career in 2008 with roles on TV series such as Mind of Menica, How I Met Your Mother, and Criminal Minds while also providing voices for video games. He landed a recurring role for six episodes of Scrubs and continued adding to his resume with roles in Big Time Rush, iCarly, The Middle, No Strings Attached and more voice acting roles. He is now best known as Han Lee, the manager of the diner where Max and Caroline work on 2 Broke Girls. He’s worth a reported $800,000, which is sure to only increase.

Estimated Net Worth: $500 Thousand. Jonathan Kite may only have 26 acting credits to his name, but he is constantly working towards more. His first appearance on TV was actually on Jimmy Kimmel Live! in 2003 as “Hacky Sack Hippe.” He was then a background character in Pirates of the Caribbean: Dead Man’s Chest and appeared on The Suite Life on Deck, Raising Hope, Wizards of Waverly Place and more before landing the role of Oleg on 2 Broke Girls. His lack of major roles, however, lands him with only a net worth of $500 thousand.

Estimated Net Worth: $500 Thousand. Garrett Morris began his career in Broadway musicals after training at Juillard before he made his television debut on General Hospital in 1963. He has since been in many films and series, most notably Saturday Night Live from 1975-1980, The Jeffersons, Married with Children, and more. Most recently he was seen in 2015’s Ant-Man and starred as Earl for all six seasons of 2 Broke Girls so far. After so many years and so much work it is surprising he is not worth more than $500 thousand.

Estimated Net Worth: $6 Million. It is beyond surprising that with only 16 acting credits to her name, Beth Behrs is already worth an estimated $6 million, which is so much more than most of her co-stars and it is all thanks to 2 Broke Girls. Before landing the lead role of Caroline Channing on the show she only had small roles in things such as American Pie Presents the Book of Love, Castle, NCIS: Los Angeles, and Chasing Eagle Rock. She’s doing well for herself with her reported net worth of $6 million.

Estimated Net Worth: $8 Million. While a lot of stars usually start on television and move into films, Kat Dennings’ career has gone the other way, and it has really paid off. Although her first few roles were on TV, she quickly transitioned to movies with roles in Raise Your Voice, Down in the Valley, The 40-Year-Old Virgin, and Charlie Bartlett. She slowly gained more leading roles including in The House Bunny, Nick and Norah’s Infinite Playlist, The Answer Man and of course Thor and Thor 2: The Dark World. She is doing just fine for money with an estimated net worth of $8 million.