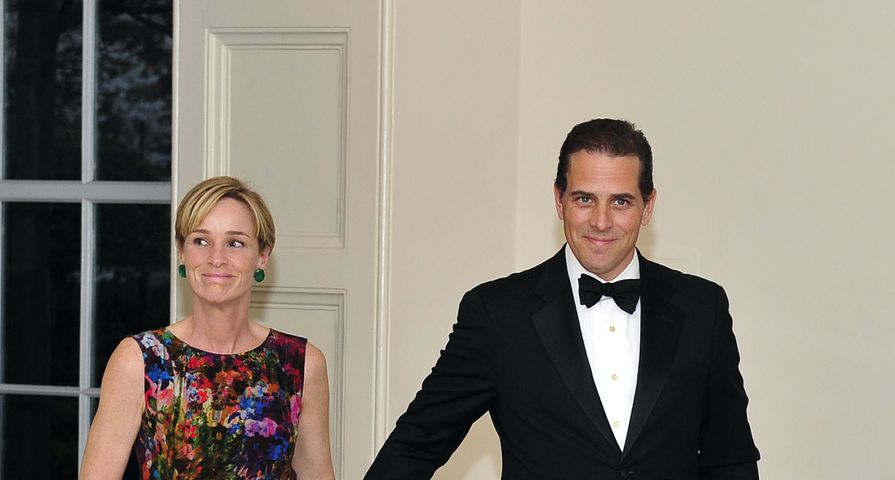 What can we say? No one will ever name their daughter Ashley Madison again. The Ashley Madison scandal has stirred the Internet scandal storm of storms. There are reports developing by the hour. Some individuals have admitted to affairs, others are swiftly denying any wrongdoing, or suggesting their identity was stolen in order to create accounts and some individuals and couples have remained silent. As the days pass, the list will inevitably grow, but for now, here are eight celebs who are stuck in the middle of the Ashley Madison mess.

In the most legitimate denial of all celebrity parties whose name is now associated with the AshleyMadison hack, Celia Walden — wife of Piers Morgan — is at the top of the list. Sure, there are many who would suggest AshleyMadison being a good idea for her, because she’s married to Piers Morgan, but Celia quickly ‘fessed up to having an account, and stated that her reason was research. Celia is a writer, and she was scheduled to interview Noel Biderman, founder of AshleyMadison.com, and the proclaimed “King of Infidelity.” Yeah. Nobody feels sorry for Noel. Unlike others who are trying to hold up the hand of denial, Celia did interview Noel, and that took place some five years ago, in early October of 2010. Fortunately, the Internet can also serve as Celia’s alibi, as the interview is easy to find.

Oh, Snooki… say it ain’t so. Jionni LaValle is a stretch in the realm of celebrity, but he’s a celebrity by marriage, because he married an iconic reality TV star: Nicole “Snooki” Polizzi. Snooki scored her fame from Jersey Shore, and no one is surprised to hear that her husband is likely linked to an Ashley Madison account. This news broke on Monday, August 24, 2015, and when Snooki took to the microphone for her Tuesday (August 25th) podcast, Naturally Nicole, she didn’t mention Jionni. She did, however, talk about Josh and Anna Duggar, and dropped a few hammers on Anna for sticking with Josh after he admitted to having an account on AshleyMadison.com. Snooki hit several nails on the head regarding the issues of suppression in that family. Is that a hint for Jionni? It doesn’t look like it. Afterwards, she took to Instagram to defend her hubby. Looks like someone’s in denial!

The name Hunter Biden has been in the press for all the wrong reasons as of late. Hunter is a son of Vice President Joe Biden, and he is the same son who was discharged from the United States Naval Reserves after testing positive for cocaine use in 2013. Now, Hunter has popped up in the mix of the Ashley Madison scandal, and he denies any wrongdoing. This may be the most intriguing denial (to this point) regarding the Ashley Madison hack, because Hunter is claiming that someone stole and used his identity to create a false account in an effort to smear his name. Yes, there is a credit card registered to Biden associated with the account, but here’s another little morsel about failed American security: it’s not that hard to get a credit card in someone else’s name if you have access to the right information.

Josh Taekman is the husband of Kristen Taekman, so again, he’s a celebrity by marriage. Yes, this is another marriage to a reality television star, as Kristen Taekman is one of the Real Housewives of New York. To the point, Josh had an active account on AshleyMadison.com, and it has reportedly been another black eye on his marriage. At first, he denied it, then he admitted it. As reported by Us Weekly this morning, he offered the following: “I signed up for the site foolishly and ignorantly with a group of friends and I deeply apologize for any embarrassment or pain I have brought to my wife and family. We both look forward to moving past this and getting on with our lives.” Signed up with friends? That certainly doesn’t explain the 62 paid transactions he made. According to the Daily Mail, he spent thousands of dollars on Ashley Madison.

Here is a name you probably don’t recognize, but he carries significant weight in the political realm. Jason Dore is the Executive Director of the GOP in Louisiana. And it’s because of this reason, that Jason claims his Ashley Madison account was developed for research. We’re presuming he’s making some kind of suggestion that he needed to research any potential individuals who might run for the party in the state, or at the federal level…? Or they might need to smear the opposition? Jason offered the following to media outlets: “As the state’s leading opposition research firm, our law office routinely searches public records, online databases and websites of all types to provide clients with comprehensive reports. Our utilization of this site was for standard opposition research. Unfortunately, it ended up being a waste of money and time.” Say, what? Come again? We don’t understand, Jason.

Poor Sam Rader. This guy. He’s a tough shell to crack. Sam and his wife, Nia, are pretty well-known Vloggers, and what you would consider “evangelicals.” Ultimately, they provide a YouTube channel for folks who share their like-mindedness to hash out arguments and odd discussions about faith in the comments section. Jesus himself could drop a morsel into this mix, and these people might argue with him. Sam’s most recent direct-address entry was entitled, “Forgiven,” in which (to his credit) he is completely transparent about his Ashley Madison account, and let his millions of viewers know that this was something that he addressed a couple years ago with his family, friends and church and that he simply wanted to clear the air with his YouTube followers.

Jeff Ashton is a huge figure in the state of Florida. He is an attorney that represents the state in some pretty high profile cases, including the recent ratings giant, The State of Florida vs. Casey Anthony. When you work in a position of power like this, being outed by Ashley Madison is not a good thing, but honestly, who is surprised that Jeff — or several people — in high political or legal positions have been found in this mix. Obviously, there are hundreds, or thousands of these individuals in the mix. Jeff Ashton played it perfectly in suggesting the public allow his 35 years of service to speak for itself. Unfortunately, Jeff is the opposition of many who have an ax to grind. The Orlando Police Department has already called for an external investigation into Ashton, as he has drawn many of the charges against members of he department.

Landing on a solid platform labeled “Obvious,” here’s another knock on Josh Duggar. To this guy’s remaining credit — which is hovering around one point on the scale of humanity — he has called himself out, and stated that he is a total hypocrite for shouting one thing, and living a completely different lifestyle. He’s not alone in it, that’s for sure. Was anyone shocked to learn that Josh Duggar had an Ashley Madison account, and that he used it to cheat on his wife, Anna? Nah. Anna wasn’t even surprised. Clearly, Josh Duggar has a repressed sex addiction, and for some reason, he never got any help for it, even when it was discovered that he was engaging in inappropriate activity with his sisters/other girls.