All The Big Stars Returning To TV For Fall 2018 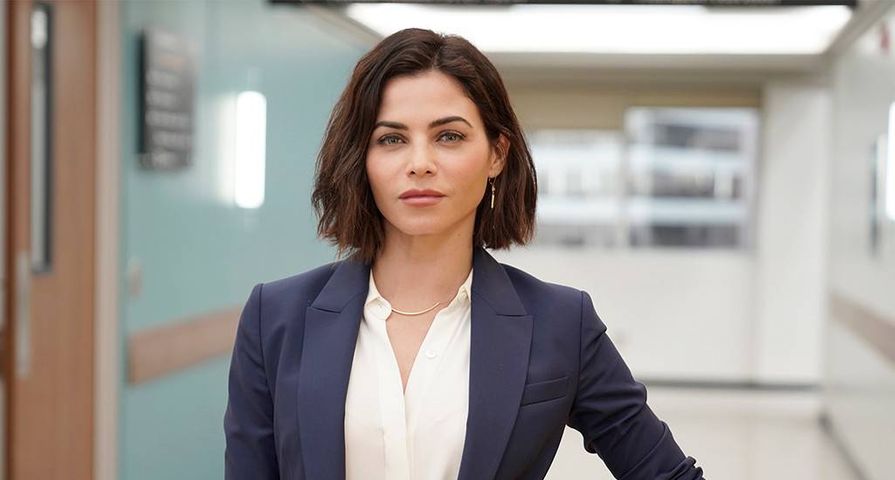 With many popular series returning and some highly anticipated brand new ones starting, the Fall 2018 television season is promising to be really good. What makes it even better however is all the famous faces making their appearances in some of TV’s biggest shows. Many big stars from both film and television are making their return to a TV series for the fall which only makes audiences want to watch them more. Find out which celebrities are joining popular series and which are starring in brand new shows coming to TV:

From 2000 to 2006, Jane Kaczmarek was one of the most popular TV moms of all time in her role as Lois Cleaver on Malcolm in the Middle, and now she is joining one of the most popular families currently on TV! It has been confirmed that Kaczmarek will be a guest star on season three of This Is Us which premiered on Tuesday, September 25. So far, not many details about her character are being released and it is simply known that she will play “a liberal university professor and scientist who is described as intelligent, warm, and down-to-earth.” After Malcolm in the Middle came to an end in 2006, Kaczmarek went on to appear in series such as Help Me Help You, Raising The Bar, The Middle, and most recently appeared in seven episodes of Playing House, but her guest starring role on This Is Us marks her return to a major prime time series.

Nathan Fillion has been a fan-favorite actor for quite some time, and while he certainly hasn’t had any trouble finding work, the 2018 fall TV season marks the star’s first return to starring in a series since 2016 when Castle came to an end. This fall, Fillion is starring as John Nolan in The Rookie, a crime drama on ABC which premieres on October 16. Nolan is a 40-year-old man who becomes the oldest rookie at the LAPD and it becomes hard for his colleagues to look past his age. Since Castle‘s series finale, Fillion has appeared in Con Man, Brooklyn Nine-Nine, Santa Clarita Diet, A Series of Unfortunate Events and Modern Family, but fans are ecstatic to see him once again leading a show.

For quite some time, Jessica Szohr was best known for her recurring role as Vanessa Abrams on the hit teen drama Gossip Girl which aired from 2007 to 2012, and while she continued acting, she was seen in lesser known series. Now, following her recurring role on Shameless for 11 episodes from 2017 to 2018, the actress is joining the sci-fi comedy-drama The Orville in its second season. Szohr will portray Talia, a new crew member onboard The Orville and will be reuniting with her former Gossip Girl co-star Leighton Meester who will be guest starring for one episode. The Orville returns on December 30, 2018 with a special two-hour premiere.

Michael Angarano’s acting career has had a lot of ups and downs since his very first appearance on Saturday Night Live back in 1995. He went on to appear in films like Almost Famous, Lords of Dogtown and Sky High, but his best known television role came on Will & Grace as Elliott, the son of Sean Hayes’ Jack McFarland. In 2018, Angarano is returning to TV in a big way on the hit NBC drama This Is Us where he has been cast in the mysterious role as Nicky Pearson, the brother of Jack who dies while the Pearson brothers are serving in the Vietnam War. With so much secrecy around the storyline it is not yet known in which episode Angarano will make his first appearance on the series.

Actress Juliette Lewis has had her fair share of roles both on television and TV, but this fall she is returning to sitcoms in not one, but two series! Along with iconic roles in films such as August: Osage County, Natural Born Killers, Cape Fear and more, Lewis has appeared in a few series over the years. From The Firm to Wayward Pines and more recently Secrets and Lies, she is no stranger to television, but she recently confirmed she is taking on sitcoms with a role in the Roseanne spinoff The Conners. Lewis will be playing Blue, the girlfriend of Johnny Galecki’s character David Healy, which of course marks a reunion for the two stars who played siblings more than 30 years ago in National Lampoon’s Christmas Vacation. She will also be appearing in the U.S. adaptation of the British comedy series Camping. Camping premieres on October 14, and The Conners premieres on October 16.

Following his memorable run on the hit teen series One Tree Hill as Lucas Scott, Chad Michael Murray took his time taking on another major television role. After roles in series such as Chosen, Texas Rising, Scream Queens, and Agent Carter, Murray starred in the CMT series Sun Records but it was cancelled after only one season. The actor is now in a recurring role in season three of Fox’s musical drama series Star where he took on the role of Xander Mcpherson, a real estate investor who becomes romantically involved with Brandy’s Cassie Brown. Season three of Star premiered on September 26, 2018.

For the first time in three years, actress Jennifer Love Hewitt is making her way to a major television series! After the departure of Connie Britton on Fox’s procedural drama 9-1-1 in season one, Hewitt has stepped up as the newest 911 operator. Hewitt plays Buck’s sister Maddie who moved to town to get away from her abusive ex. Prior to the role, Hewitt stepped into the role of Kate Callahan on Criminal Minds before exiting the series in 2015, and did not have a single role since joining 9-1-1 for the fall of 2018.

After making waves starring in the Netflix original romantic comedy film Set It Up, Taye Diggs is ready for his return to TV! Diggs stars as Coach Billy Baker on The CW’s highly anticipated teen sports drama All American which looks like a mix between One Tree Hill and Friday Night Lights. Diggs last appeared on TV in Empire as Angelo Dubois and said he took on the role in All American because he always wanted to play a football coach but also because of the show’s politics and serious subject matter it deals with. All American premieres on October 10, 2018.

More than 10 years since the series that launched her career came to its end, Jennifer Garner is making her way back to TV. Having previously starred on Alias from 2001 to 2006, Garner went on to major movie roles while only making small TV appearances over the years, but now she is starring in the U.S. adaptation of the British comedy Camping. Garner stars in the series as Kathryn Siddell-Bauers, the “obsessively organized and aggressively controlling wife” of David Tennant’s Walt Siddell-Bauers. The couple gather with an odd mix of friends and family for a weekend camping trip for Walt’s birthday that inevitably goes awry. Camping premieres on October 14, 2018.

From 2011-2016, Ross Lynch was best known as a Disney Channel star on the show Austin & Ally as Austin Moon, but he is now ready to make his way to more mainstream television with one of the fall’s most anticipated new series. Lynch will be starring in Netflix’s The Chilling Adventures of Sabrina as Harvey Kinkle and the new Sabrina series is promising to be much darker than the ABC comedy that fans remember. The Chilling Adventures of Sabrina premieres on October 26, 2018.

Seann William Scott had fallen so far off the radar in Hollywood that fans were starting to see outlet posts about why the actor wasn’t being cast anymore, but it seems he was just waiting for the right role! Following the dramatic firing of Clayne Crawford on Fox’s hit TV adaptation of Lethal Weapon, Scott has taken on the role of Murtaugh’s new partner Wesley Cole for season three. Prior to the role, the actor’s last time on TV was back in 2013 when he made a cameo in the It’s Always Sunny in Philadelphia season nine episode “Mac Day.”

As one of Hollywood’s highest-paid leading ladies in films, fans were ecstatic to learn that Roberts was taking her talents to the small screen for the first time since her brief appearance in the Law & Order episode “Empire” back in 1999! Roberts is starring in Amazon’s psychological thriller web series Homecoming as Heidi Bergman, a caseworker at a secret government facility. To make her return to TV even more exciting, she is starring in the series alongside Dermot Mulroney for the first time since the pair co-starred in the beloved 1997 romantic comedy My Best Friend’s Wedding. Homecoming premieres on November 2, 2018.

After his memorable run on The O.C. back in the early 2000s as Luke Ward, Chris Carmack made his TV return as Will Lexington in the popular musical drama Nashville. Now, he is making his second comeback on Grey’s Anatomy in the series’ 15th season. Carmack is starring as “Ortho God” Atticus Lincoln in a recurring role on the iconic medical drama.

Back in 2006, Jenna Dewan got the big break she needed when she starred in 2006’s Step Up. 12 years later she is on to even bigger things as she is focusing on her professional career following her split from husband Channing Tatum. After roles in The Playboy Club in 2011, American Horror Story in 2012, Witches of East End from 2013-2014, and Supergirl in 2015-2016, Dewan became one of the celebrity judges on World of Dance, but for the fall 2018 television season, she is returning to scripted series! The actress has a recurring role on the second season of the hit Fox medical drama The Resident as Julian Lynn.