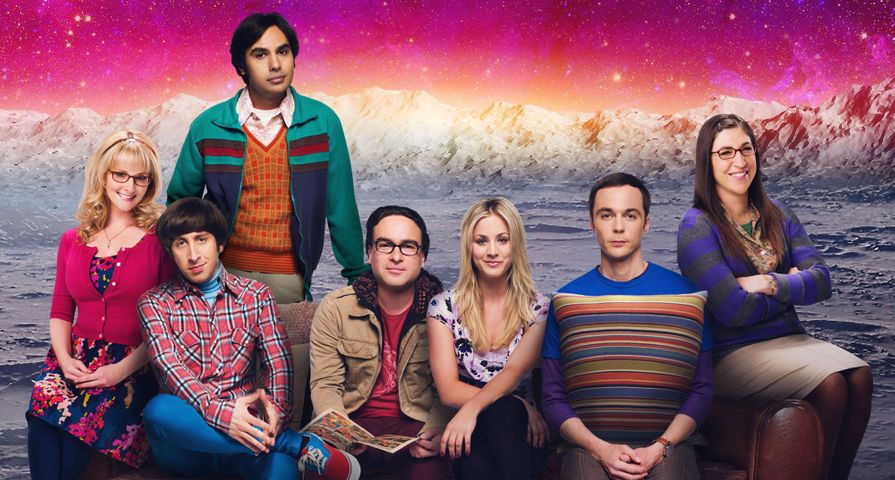 Every fall TV audiences are ecstatic about the return of their favorite shows and the introduction of highly anticipated new shows, but every new television season also marks the end for some series. As the fall 2018-2019 season kicks off, it is time to say goodbye to some very popular shows! Here are 13 popular series that are ending with this season:

After years of critical acclaim and awards, Veep is ending with its seventh season. In the fall of 2017, star Julia Louis-Dreyfus and showrunner David Mandel acknowledged that the show had reached its natural stopping point, and did not want to continue just to create episodes for the sake of it. “We don’t want to repeat ourselves our wear out our welcome. The story has a finality to it that feels end-of-series,” Mandel said. Although season seven had to be briefly delayed by Louis-Dreyfus’ breast cancer diagnosis, the actress has completed her treatment and came back more ready than ever to work on the series. Veep will return for its final season in the spring of 2019.

Freeform’s Shadowhunters is coming to an untimely end with its third season, and all fans will agree the series did not get the fair shake it deserved. Following the series’ second season fans were excited for what was to come but in June 2018, one month after the first half of season three aired, the network unexpectedly pulled the plug but promised to add two episodes to the second half of season three to ensure it would get a proper conclusion. With so many series getting saved thanks to fans efforts, there has been a huge #SaveShadowhunters campaign lobbied in hopes another network continues the show, but for right now Shadowhunters is set to end with a two-hour season finale in the spring of 2019.

Ever since The Last Ship began airing on TNT in June, 2014, it has been plagued with issues. While critics praised the series, it had trouble building a large fan base, and has overcome some unforeseeable issues, including having to postpone the season three premiere due to the 2016 Orlando nightclub shooting. Additionally production had to be postponed in the spring of 2017 after star Eric Dane needed some time away to deal with his mental health. While those who watched the show loved it, it was a struggle to get it through its five seasons, and now the series is ending with its fifth season. The final episode of The Last Ship is set to air on November 11, 2018.

The news that House of Cards was ending was a huge blow to fans, even if they did see it coming. Since the series began airing on Netflix in 2013 it was one of the most popular shows on the streaming giant, but in 2017 everything fell apart after serious sexual misconduct allegations were made against the show’s star, Kevin Spacey. On October 30, 2017, Netflix announced that the show’s sixth season would be the last and only days later confirmed that Spacey had been fired from the series and would not be present for the final season. Season six is set to premiere on November 2, 2018 and will last for eight episodes before coming to an end. There is some hope for fans however, as the series is already in talks to be getting its very own spinoff.

After a strong start, Showtime’s The Affair will be coming to an end with its fifth season. Although it seems the show’s end was expected, many did not see it coming that star Ruth Wilson would not take part. Her sudden exit from the critically acclaimed series has sparked a lot of debate and Wilson has spoken out stating that it isn’t what she wanted. Regardless, the show will go on for its fifth and final season without Wilson beginning in the spring of 2019.

8. A Series of Unfortunate Events

After a short three seasons, Netflix’s A Series of Unfortunate Events is already coming to an end. While it may seem too soon for the series to call it quits, star and producer Neil Patrick Harris explained that the plan was always to only do three seasons. “This is a big, big show. It’s a beast. Every book is two episodes, and every episode is an hour long. So we’re making a two-hour movie every book, and there’s 13 books. So 26 feature films is essentially what we’re making here. From the beginning, we wanted to honor the encyclopedic and brilliant work of [Lemony Snicket author] Daniel Handler – we had no real intention of it doing spin-offs or offshoots. It ends so operatically, and yet the ending is so heartfelt, and so grown-up. I don’t know where else anyone would want to go with it,” he explained.

After only four seasons, it is already time to say goodbye to the Unbreakable Kimmy Schmidt. The Ellie Kemper led sitcom was first an NBC project, but at the last minute the network sold the series to Netflix where it has flourished before it was announced that its fourth season would be its last. Although it is sad to see the series go, there are rumors circulating that there might be a movie made that will serve as the show’s series finale! Whether or not that happens, it is for certain that Unbreakable Kimmy Schmidt is ending in 2019.

After several awards and nominations and an incredible run, Jane the Virgin is coming to an end with season five. Season four ended with some incredible cliffhangers that the show’s creator has promised to wrap up and although five seasons doesn’t seem nearly long enough, it is not a huge surprise, as many of the stars knew the storyline was reaching its end before outstaying its welcome. Star Gina Rodriguez hinted at the show coming to an end well before The CW made things official in May 2018. The fifth and last is set to premiere midseason in 2019 and it is still undetermined how many episodes the final season will get before signing off.

Many shows choose not to continue on after their star has decided they want to move on, and that is the case with Homeland. After Emmy-winning star Claire Danes said she no longer wanted to be on the series after its eighth season, the network decided the show should just end. Showrunner Alex Gansa reassured fans that just because it is ending, it doesn’t mean things are going to be easy in season eight. “Season 8 will be overseas somewhere. We get to play a story with larger national stakes in season 7 and we’ll go back to a smaller intelligence-based season in 8.” He also stated, “We’re going to start fresh in season 8 and probably do a fairly big time jump between 7 and 8 and put any Trump parallels behind us” and “We’ll tell a very contained story, hopefully in Israel.” The eighth and final season of Homeland premieres in June 2019 and will consist of 12 episodes before coming to an end.

In the age of superheroes taking over Hollywood from the big screen to the small, Gotham was a breath of fresh air with its Batman origin story. Although its Superman counterpart Smallville got an incredible 10 seasons out of its series, Gotham is ending with season five Fox confirmed in early 2018. “The fifth and final season will wrap up this unique origin story of the great DC Comics Super-Villains and vigilantes, which revealed an entirely new chapter that has never been told,” Fox said. The final season is set to premiere in midseason 2019 and will only consist of 13 episodes which is down from the normal 22.

iZombie might just be one of TV’s most underappreciated series on TV, and there is only a limited amount to catch up now that it is coming to an end! After premiering on The CW in 2015, the zombie comedy-drama is slated to end with its upcoming fifth season. While many are upset this is the case, they are also just happy a fifth season is happening at all after there was concern that iZombie was going to be cancelled without a finale. The last season is set to being in late February 2019 and will consist of an expected 13 episodes.

It is hard to believe that the television juggernaut Game of Thrones is actually coming to an end! It has been confirmed that season eight will be the final one for the series that took over television and has become one of the biggest pop culture icons of the 2010’s. The eighth and final season of Game of Thrones will premiere in the spring of 2019 after an extra-long wait and will consist of six episodes before signing off. Although it is a big blow to HBO to have the series ending, it is no surprise that they have confirmed they have multiple spinoffs in the works and are currently developing a prequel series which is aiming for a 2020 premiere.

Without a doubt, one of the biggest final seasons coming to TV this fall is The Big Bang Theory‘s. For the past few seasons of the hit comedy many have wondered when CBS would be pulling the plug on the show, but with the networks in talks to extend into a 14th season, no one thought it would be coming this soon. One month before season 12 was slated to premiere, CBS, Warner Bros. TV, and Chuck Lorre Productions shocked fans with a statement confirming season 12 would be the last. “We are forever grateful to our fans for their support of The Big Bang Theory during the past twelve seasons. We, along with the cast, writers and crew, are extremely appreciative of the show’s success and aim to deliver a final season, and series finale, that will bring The Big Bang Theory to an epic creative close,” the statement read. The final season premieres on September 24, 2018 and is scheduled to end in May, 2019.