Home » Entertainment » Celebrities » Things You Might Not Know About Maksim Chmerkovskiy 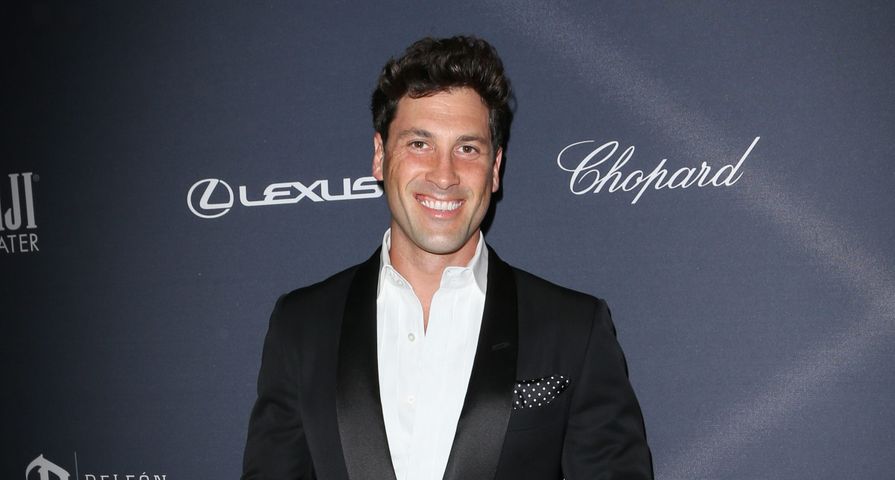 Maksim Chmerkovskiy became well known after many seasons as a pro on the hit series Dancing With the Stars. It didn’t take long for his good looks, commanding presence and outspoken nature to take center stage on the show, and while he has definitely earned himself a certain reputation, his skill and confidence made him a hit with fans! Maks, along with some of the other pros, quickly became bigger stars than the celebrities they get partnered with. We decided to get to know him a little better, and dug up 9 things not widely known about the charismatic star!

Maksim “Maks” Aleksandrovich Chmerkovskiy was born on January 17, 1980 in Odessa, Ukraine (then the USSR) to Aleksandr “Sash” Chermkovisky and Larisa Chmerkovskiy. The family welcomed his little brother Valentin in 1986 and in 1994 they all immigrated to Brooklyn, New York. The transition wasn’t easy for a then 14-year-old Maks who was faced with language and culture barriers, and the family also struggled with finances. With his native language as Russian, he did not understand any English when his family moved to New York, so he learned English from reading street signs in Brooklyn.

When he was only 13, Maks broke his right leg in a sledding accident that required surgery and the installation of a titanium rod to stabilize his leg. He was immediately told the severity of the injury would most likely cause long-term difficulties and doctors highly doubted the possibility of a dance career, but miraculously he was dancing again six months later. 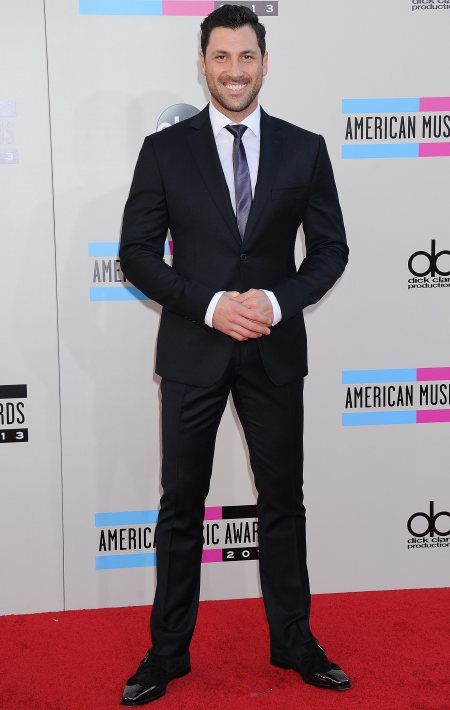 Everyone couldn’t be happier with the fact the doctors were wrong about Maks’ leg injury, but as it turns out, his recovery story has a little bit of a supernatural twist to it. Back in 2010, Maks appeared on season two of Celebrity Ghost Stories where he revealed that after his sledding accident, and being told a dancing career was out of the picture, he spent three months getting physical therapy. He recalled that often a woman, Maria, would help his leg in “strange and powerful” ways. When he got signed on to Dancing With the Stars, he invited Maria as a thanks for helping him achieve his dream, and when she didn’t show up, he went back to the hospital to look for her where he was told there was no Maria. Not long after he was going through old pictures with his mother and recognized his long deceased great grandmother as the Maria that helped to heal his leg. 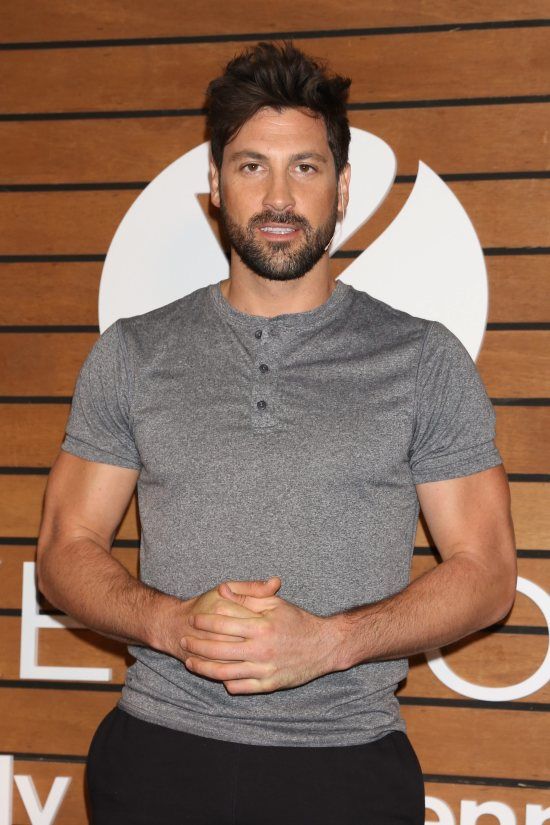 Maks began dancing when he was only four years old, and worked hard at it for years before his accident. After recoerving, he was determined to make it his career and became a professional Latin Ballroom dancer. Along with partner Elena Grinenko, Chermkovisky achieved the rank of 2nd in the United States and 7th in the world. He also won seven different championships between 2003-2005. 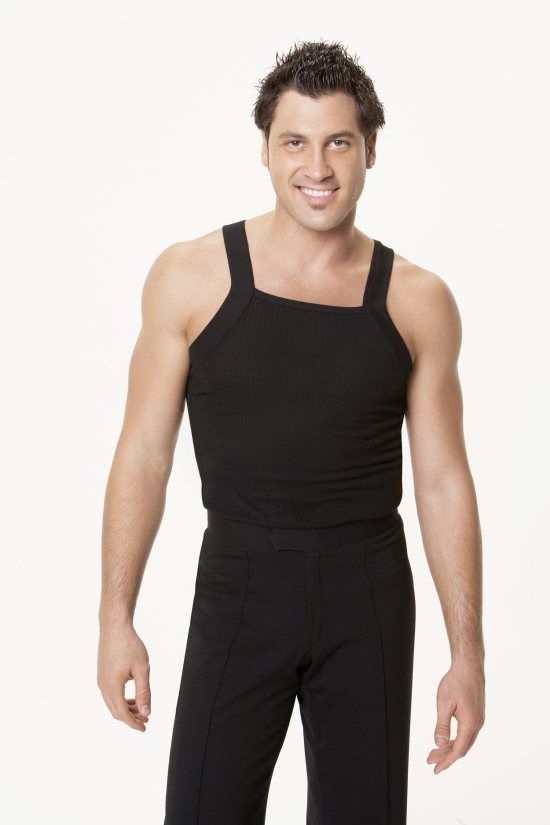 When he was only 16 years old, Maks and his father opened a competitive dance studio called Rising Stars Dance Academy, which was geared towards young dancers. After a few relocations the studio ended up in Saddle Brook, New Jersey. Of the location, he stated, “I didn’t want to open a studio that would become just one of the studios in the area. I wanted to open my studio somewhere where there was nothing like it and where people would look at it with no preconceived notions.” Along with his brother, Val, Maks is now the co-owner of six competitive dance studios under the name “Dance With Me.”

Aside from Dancing With the Stars, Maks has done a lot of other dance work including a tour with his brother, work on Broadway and has helped with choreography for music videos and commercials. In 2009 he also appeared on ABC The Superstars where he and Freestyle skier Kristi Leskinen won the competition. He also was seen in three episodes of General Hospital in 2013 in the role of Anton Ivanov. Most notably, however, in 2011, Maks was “The Bachelor” for the Ukraine’s version of the reality series. After filming, he said he regretted doing the show, adding, “this kind of project is not for me.” 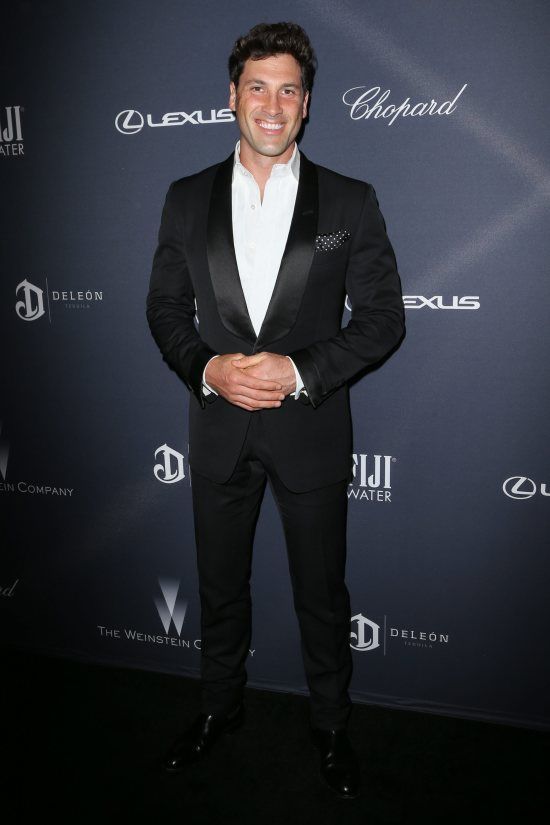 While he may be extremely talented on Dancing With the Stars, his ego and opinionated personality have landed him in a few feuds with his partners. Without a doubt the worst was with his season 13 partner, soccer player Hope Solo. It all began when Solo wrote in her memoir in 2012 that Maks had slapped her in the face during rehearsals: “Maks was rough and mean with me, flinging me and pushing me around. I could see the shocked looks on the faces of the other dancers… He wanted my head in a specific position. To achieve that, he slapped me across the face. Hard,” she wrote. After denying the allegations, Maks fueled the feud when he said in a podcast interview while playing a game of “F–k, Marry, Kill” that he would “kill” Solo. “She’s just a s**tty person,” Chmerkovskiy said. “You can have a s**tty life growing up, but if you’re a bad person, there’s no excuse for that.” He then feuded with his season 15 partner Kirstie Alley in a very strange falling out, apparently over Scientology. Maks was rumored to be dating Jennifer Lopez who is best friends with ex-Scientologist Leah Remini, who Alley has called out for her remarks about the religion. Chemerkovskiy said of the situations, “She stopped getting along with me.We had a great relationship… But I got a message now that I am associating with other people that she can’t be associated with, I am no longer to be spoken with, and sorry, but it is what it is.” 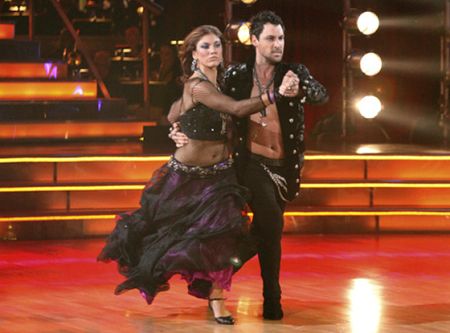 Unfortunately, Maksim’s feuds didn’t end with his partners — he has also been known to have some fights happen between fellow pros. The biggest has always been between himself and Dancing With the Stars six-time champion, Derek Hough. It all started back in season 13 when Len Goodman criticized Maks’ dance with Hope Solo. Maks lost it and suggested that Goodman should retire and added, “with all due respect, this is my show.” Afterwards when asked about the comment, Hough replied, “I had a laugh about that. I was looking at the plaque upstairs and…well, never mind,” referring to his name being on the plaque three times by then and Chmerkovskiy’s not once. Meanwhile, other sources confirmed they pair “hate each other.” 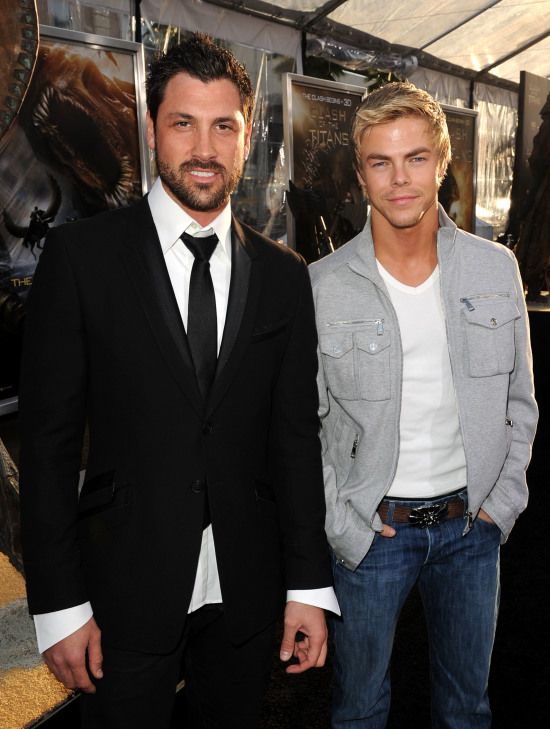 Maksim Chmerkovskiy has a long dating history that includes Julianne Hough and reportedly Jennifer Lopez and Kate Upton. Things got more serious for him, however, when he became engaged to fellow pro Karina Smirnoff in December 2008 after only beginning to date earlier that year. The two broke up and called off the engagement in September 2009, and in 2012, he began dating another co-star, Peta Murgatroyd. In late 2013, the pair broke up but by 2015 they confirmed they were dating again and he eventually proposed in December, 2015. Just after the season 22 finale of Dancing With the Stars, it was revealed that the two are expecting their first child!