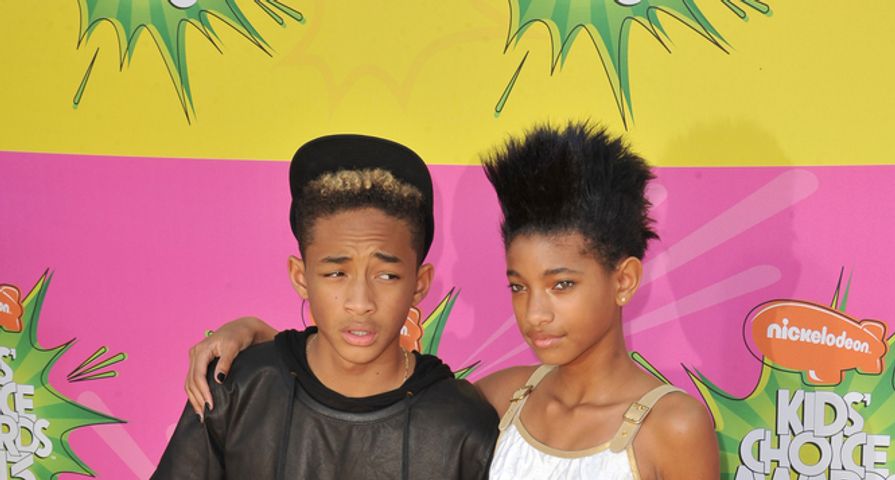 Nepotism has always been a problem in Hollywood, probably because celebrity children almost always want to follow in their parent’s footsteps. Many celebrity parents make this easy for their children by giving them roles in their movies. This isn’t necessarily fair. There are people in the industry who might actually want these roles and who might be better suited for them as well. This is classic nepotism. Since there are cases of family members giving their relatives jobs, we decided to look at the 8 worst cases. Not all of these celebrity children are actors and actresses, but they are all involved in show business.

Gwyneth Paltrow was born into a family that was well established in the film industry. Her father, Bruce Paltrow, was a producer/director and her mother, Blythe Danner, was an actress. Although she claims that she didn’t receive much help establishing herself as an actress, we don’t really believe her. We think she worked her family’s connections, which is how she landed a role in the film “Hook.” Her godfather, Steven Spielberg, was the director and he gave her the role of the young Wendy. How convenient!

Having good connections really helped her become an in-demand actress – that, of course, and some talent. Most people are on the fence, however, when it comes to her skills as an actress. Even her Oscar win for “Shakespeare in Love” is a contentious point. She wasn’t the most deserving, yet she somehow won. If she and her family weren’t so well connected in Hollywood, we think she would have had a very different experience.

Dakota Johnson is third generation famous. Her grandfather was the famous Tippi Hedren, Alfred Hitchcock’s muse, and her mother is Melanie Griffith. It doesn’t hurt that her biological father is Don Johnson and her stepfather is Antonio Banderas. She comes from one famous family! Like her mother and grandmother, she has decided to make a go at acting. Her first role in “Crazy in Alabama” was given to her. Banderas was the director and her mother had one of the main roles.

Although Dakota had spent a decade out of the business, when she finally decided to come back she landed a role in “The Social Network.” Since then, she has been acting steadily. This year was a really big year for her. She landed one of the lead roles in the highly anticipated film adaptation of “Fifty Shades of Grey.” It’s already looking like Dakota’s casting was probably because of nepotism. Rumor has it that there’s a serious lack of passion between her and her co-star Jamie Dornan and it’s all because of her lack of skill.

Rumer Willis is one of those women that doesn’t really have to work too hard. She started acting many moons ago when she was still very small. Her first couple of roles were in her mother Demi Moore’s films, “Now and Then” and “Striptease,” and her father’s film “The Whole Nine Yards.” Since then, she has made a career for herself as an occasional actress who works in both film and television.

Even though Rumer has accumulated a number of roles on her resume, she has never really established herself as an actress who is irreplaceable or as someone who is definitely going places. She might be more talented than someone like Tori Spelling (that isn’t saying much); however, she has yet to show that she can make a substantial career out of acting. She probably would have been better off finishing her degree at the University of California but, when your connections get you well-paying jobs, you don’t turn them down.

Sofia Coppola is another famous example of nepotism. She was the daughter of Academy Award-winning director Francis Ford Coppola. She first made a name for herself when she accepted the role of Michael Corleone’s daughter in her father’s movie “The Godfather Part III.” Winona Ryder had previously been attached to that role, but had to drop out at the last minute, which is why Sofia got involved. It probably would have been better to give the role to someone with more skill because the critics ended up savaging her performance, accusing Francis of nepotism. It was so bad that she actually won the Razzie for Worst Supporting Actress. Ouch!

Sofia has since given up acting but, like her father, she has become a screenwriter/director. She may not be as talented as her father, but she has made her mark in the industry. In 2004, she won an Academy Award for Best Original Screenplay for “Lost in Translation.”

Emma Roberts – daughter of actor Eric Roberts and niece of Julia Roberts – got her first taste of acting when she was small. She was given an uncredited role in a movie Julia was starring in, “America’s Sweethearts,” which sparked her interest in a career in acting. That same year, she played Johnny Depp’s daughter in “Blow.” Her career began to take off after that. It must have been much easier for her than for someone completely unknown. After all, she shares the same name and the same winning smile as her aunt.

“America’s Sweethearts” wasn’t the only movie Emma got involved with thanks to her aunt. It looks like Julia was able to work some magic and get her niece a role in the romantic comedy “Valentine’s Day.” While Emma might not see any validity to the nepotism argument, we definitely think that she’s benefitted from her familial connections. The question is: Does she actually have the talent to back it up? The jury’s still out.

Kendall and Kylie Jenner were famous before they were even teenagers. They grew up with cameras following them thanks to the family’s reality TV show, which was secured by their half-sister Kim Kardashian and their mom/manager Kris. Kendall can say that she’s worked really hard to get her modeling career off the ground but, let’s face it, if she weren’t the half sister of the Kardashian girls, she would have had to work a whole lot harder to get into the industry because she would have been completely unknown.

Kendall and Kylie are ridiculously lucky (in some ways). Their mother works extra hard to keep the family relevant and so does Kim. If it weren’t for her constantly being in the media, many of us would have already forgotten about her and the family’s ridiculous show. The Jenner sisters, again, are really lucky because if they hadn’t been born into this fame-loving family, they probably would have had to finish high school.

Tori Spelling is one of the best examples of Hollywood nepotism. Her father, Aaron Spelling, was a real power player in Hollywood television. He produced a number of really popular and successful shows including “Charlie’s Angels, “Beverly Hills 90210,” “7th Heaven” and “Charmed.” Even though Tori has never really been much an actress, she somehow found herself acting – first as a guest star and then as a member of the main cast of “Beverly Hills 90210.”

To this day, Tori still can’t stop milking her name for all it’s worth. She complains a lot about how she hasn’t received much of an inheritance and how she thinks that she is entitled to living the high life. She’s written books, had her own reality TV shows and, on occasion, she still continues to act. We don’t know how she keeps doing it since she doesn’t seem to have a whole lot of talent. The Spelling name must go a long way!

Jaden and Willow Smith have had a lot of things handed to them over the years. Jaden has found his way into a lucrative acting career courtesy of his father, Will. When he needed a co-star for his movie, “The Pursuit of Happy,” Will didn’t have to look far. He was one of the producers of the movie, so he was able to cast his son. Jaden next had a role in “The Day The Earth Stood Still.” Only a couple of years later, he landed the starring role in the remake of “The Karate Kid,” alongside Jackie Chan. Coincidentally, both his parents produced this film.

Willow has also had a pretty easy go at things. She made her acting debut in one of her father’s films just like her brother. She doesn’t seem overly interesting in working in film though. She’s more interested in music, which is great cause her parents have the money (not to mention the contacts) to support her dreams for her.