8 Things You Didn’t Know About ‘Step Up’ 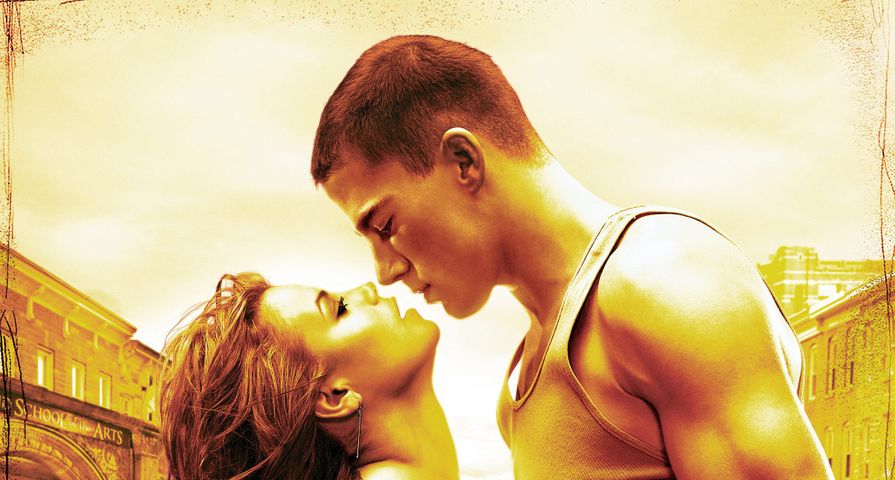 Back in 2006, Step Up surprised everyone when it took the box office by storm as one of the first in a string of teen dance films. With an on-screen love that turned into one of our favorite Hollywood couples, and of course as the launching point of Channing Tatum’s career, there are so many reasons that even ten years later, fans cannot get enough of the film. Even though it spawned four sequels, no cast had the chemistry the original film did, and it has become one of the film’s that are watched over and over again, even though many of its fans are long out of their teen years. Check out 10 things you never knew about Step Up!

At the time of it’s North American release in August, 2006, it already seemed that hopes were not very high for the film. Step Up, however, went on to surprise many after it earned a total of $21 million in its opening weekend. While many films are known to surpass that in an opening weekend, it resulted in Step Up being second in the North American box office that weekend and, most importantly, it well exceeded the film’s budget of $12 million. By the end of its run in theaters in October 2006, Step Up had earned a very impressive $65, 328, 121 in United States and Canada alone, and an estimated $650 million globally.

Audiences seemingly flocked to the film, but like a lot of romantic-comedies and teen films, it did not get much of  a positive review from critics. It ended up with a 48% review on metacritic, with comments that ranged from, “The teen dance drama Step Up seems like it was not only inspired by a Janet Jackson video but entirely written during one,” from New York Post’s Kyle Smith, to “Step, under the sure hand of director-choreographer Anne Fletcher, quickly discovers its own virtuoso charms. Two of them are its leads,” from Entertainment Weekly‘s Scott Brown.

Like many films, the title went through many modifications before being settled upon. As it turns out, the original title of Step Up was supposed to be Music High. It seems, however, that the name changed happened mostly due to the widespread success of High School Musical which was released earlier that year in January. Obviously the name change was for better considering the film has now spawned four sequels: Step Up 2: The Streets, Step Up 3D, Step Up Revolution, and Step Up: All In, none of which were as good as the first of course.

Jenna Dewan is by no means covered in tattoos, but she does have a couple, namely a pair of wings at the base of her neck. Due to her role as Nora, a teen with a somewhat strict mom who live in a very nice neighborhood, the makeup crew had to make sure to cover up her tattoo specifically for the film.

When casting for the film, producers and the director chose many stars with extensive dance training like Jenna Dewan, Mario and Drew Sidora and, despite his talent and appearing in a Ricky Martin music video, Channing Tatum admitted he was very intimidated to play the male lead alongside these people. In an interview for Step Up while on the press tour, Tatum was asked about it and he stated, “It was hard. I never knew how to count music, I never did any kind of class whatsoever, and to take this on was a bit of… it was a little nerve wracking. You know, Jenna’s been doing this since I don’t even remember when, she was like six or something. So, when everyone involved in the film has been so trained, it was a little intimidating, but you felt taken care of. You know, they were never gonna do anything I wasn’t ready for.”

Fans are now well aware that what started off as an on-screen romance between Channing Tatum and Jenna Dewan’s characters, Tyler and Nora, quickly made its way off-screen. Although they didn’t make their romance official until a little while after the movie’s release, as it turns out, the pair began dating while filming in 2005. In an interview in 2014, Tatum stated, “We were basically together on the movie. It’s interesting now, because we can watch it and see; we can go, ‘Oh, wow, that was actually our first real kiss.’ As soon as the movie wrapped, we went back to L.A. and were together, and together ever since – never broken up. That’s nine years.”

Despite the fact that they began dating while filming, they did try to play it cool for awhile, instead of drumming up the relationship for promo with the film’s release. In her press tour interview, Jenna Dewan was asked about how well everyone got along, and how that isn’t always the case for films. Dewan didn’t let on to just how well she and Channing got along, replying, “I feel so blessed for how instantly we all got along. I mean it was instant bonding. I mean the director, myself, Channing, Drew, Mario, Damaine, Rachel, we all just really had a great chemistry.” Even though they had chemistry and a relationship was forming, Channing had a hard time accepting it. “I had just gotten out of a pretty long relationship, so I was in no way ready for another. I was trying to run from what I knew Jenna was – not someone I was just going to date,” he told Elle. Luckily, a friend talked him out of his fear of asking Jenna out. According to Channing, “that night [he] showed up at her hotel room with a sombrero on, and that was it.”

In June 2016, it was confirmed that YouTube had officially ordered its first ever major scripted series, and had given a straight-to-series order to Step Up, based on the Step Up film franchise. The Step Up show is from Lionsgate TV and is slated to begin production in late 2016 and aims to debut  on YouTube Red in 2017 as the subscription video service’s first full-fledged, big-budget drama series. Although Channing and Jenna won’t be in the series, the pair are acting as executive producers for the show, honoring the film that kick-started their careers and storied romance. The film’s producers Adam Shankman, Jennifer Gibgot, and Meredith Milton are also acting as executive producers for the series.