8 Shows That Suffered After Their Showrunners Or Creators Left 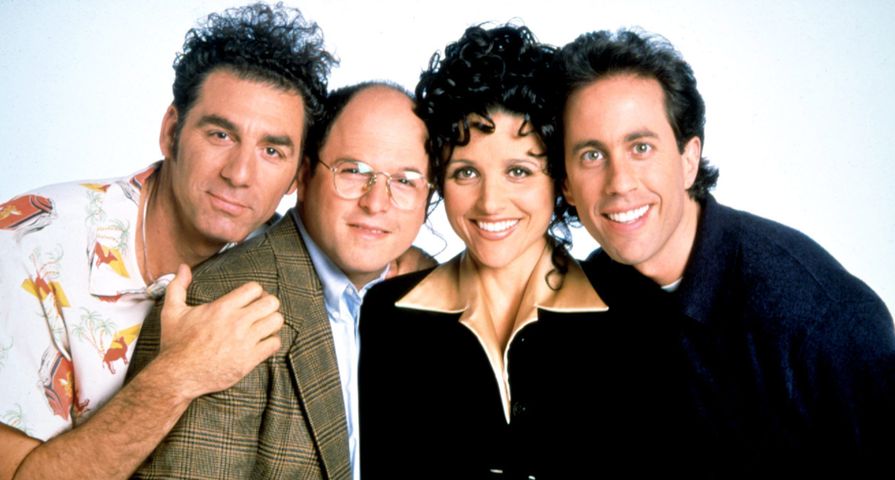 Television is becoming such a large medium. With an endless amount of genres for shows to fit into, it is harder than ever to create a successful long-running show that will keep audiences loyal. Some show creators are entertainment geniuses, like Katims, Aaron Sorkin and Joss Whedon; however, as it goes in Hollywood, drama is paramount both in front of and behind the screen, which means that sometimes, no matter how much effort and love is poured into a project, creators end up stepping back once the show is on its feet. Sometimes their exit goes unnoticed but, in some cases, the effect was almost immediate. All too often, the show’s end is not far behind when the creator splits, which is why we have 8 shows that seriously suffered after their creators left!

Yes, The Walking Dead is an extremely successful show, which may be an understatement given its massive fanbase and revenue it has pulled in; however, even the most loyal of fans will admit things changed after creator Frank Durabont took his leave. After season one, rumors of drama were already brewing and, in July 2011, before the second season, Durabont “stepped down.” It was later reported that he was fired. Regardless, it didn’t take long for fans to start criticizing the show much more than they did in the first season, as Glen Mazzara stepped in as showrunner for season two and three. Season two was heavily criticized for being boring and not as intriguing, which did not look good after losing Durabont. It seems Scott M. Gimple has been able to make fans happier though, and the show is heading into its sixth season with a spinoff already in the works. The Walking Dead may have survived Durabont’s exit, but it was difficult and, at points, it looked bleak, kind of like Rick’s battle with the zombies. The show may not have died, but it definitely suffered, if only for a moment.

Want to see what success on television looks like? Search no further than the 12 seasons NYPD Blue spent on TV from 1993 to 2005 as one of the first in a slew of “cop dramas.” It was met with critical acclaim for being so honest and real in its gritty portrayal of the personal and professional lives of officers and, while it went on for five more seasons after co-creator David Milch left, one thing is certain: It was not the same show fans had come to love for seven seasons. Fans remained loyal enough to carry it, but it was nowhere near the individual and unique show that set it apart from similar shows. With the vision of Milch gone, the dialogue became as scripted and straight-forward as every other cop drama the show lost the realism that made it what it once was.

Aaron Sorkin is a man with incredible talent, which he has enjoyed through both television and film. One of his greatest successes was The West Wing, which ran for seven seasons from 1999 to 2006. The political drama was a massive hit and was recognized in the three Golden Globe Awards and 26 Emmys it won; however, ratings slipped when Sorkin departed from the series following its fourth season. It remained popular with a high-brow demographic, but it was clear Sorkin’s exit damaged the show with the biggest complaint being the shift in dialogue much. John Wells did his best to keep the show exactly how it was and, while the plots stayed in line, the show as a whole was only partially intact, as the witty dialogue disappeared and the characters, in turn, became awkward versions of themselves that we did not recognize.

Smallville was a really great show; however, even the most diehard fans of the iconic Superman origin show will say that things got a little too weird and a little less great in latter seasons. Many fans loved the first few seasons thanks to the exceptional “freak of the week” plot device, which was used to keep audiences hooked. During the last few seasons, however, the quality slipped and we’re thinking that was because two of the show’s original creators, Alfred Gough and Miles Millar, left after the seventh season. The show’s tone changed and the ratings started to drop. While there were some great episodes, they were not as consistent as the earlier seasons. The new showrunners even gave us something that Gough and Millar swore would never happen with their “No tights, no flights” — Clark began flying.

Last, but certainly not least, is The Simpsons. To say The Simpsons failed would be a lie considering it has gone for 26 seasons with only more to come; however, fans of the show who watched it from the beginning will tell you that things changed first after co-creator Sam Simon left following the fourth season and then a drastic change occurred in season eight when Mike Scully took over as showrunner. Simon’s influence on The Simpsons in its early seasons is noticeable; however, Groening and the rest of the team were able to keep the show in line following his exit. Showrunners varied from season to season with The Simpsons, but those who prefer the earlier seasons blame Mike Scully for the show suffering after it turned away from more clever, ironic and pop culture humor for more basic, bland slapstick humor. Clearly, this was still found funny given the show’s success, but a noticeable shift in the show is never a good thing, even if it continues on for twenty more seasons.

Revenge is one of the newer shows on our list to suffer following the departure of its creator, and one of the ones where the effects were seen immediately. Created by Mike Kelley, Revenge aired in 2011 after gaining massive ratings following its Pilot episode as the show garnered favorable reviews for being intriguing and for Emily VanCamp’s great performance. At the end of the second season, Kelley made the decision to leave the show, and the once extremely promising series lasted only two more seasons without him. The third season’s ratings suffered a major drop in the premiere episode and it was only the beginning of the decline as critics began to grow bored with the storyline while also noting that it didn’t have enough to allow the show to go on for much longer and they were right as it was canceled after the fourth season.

Luckily for Gilmore Girls, the show’s creator Amy Sherman-Palladino, stuck around for the majority of its seven season run, so it didn’t have to suffer long without her before calling it quits. Running from 2000 to 2007, Gilmore Girls is a staple favorite show for many who were teens in the early 2000s, and the most iconic part of it all was the witty, intellectual dialogue and deep conversations between Lorelai and Rory. Unfortunately that all failed miserably without Amy Sherman-Palladino. Amy and her husband did not intend to leave the show but, did so in April 2006 after they couldn’t come to terms with the show’s new network, The CW. Just over a year later after a seventh season, which was almost painful to watch and noticeably lost without the influence, vision and direction of Sherman-Palladino, the CW announced it would not be renewing Gilmore Girls. Although money was noted as a “key factor” in the decision, it was obvious the show was not going to be the same and the characters would be lacking without Amy.

No matter how you look at it, Seinfeld is one of the most iconic TV shows of the ’90s. No show since that has still been able to match it in effortless comedy or turn boring lives into a can’t-stop-watching television series. Masterminded by Larry David and star Jerry Seinfeld, the show was brilliant at engaging a mass audience week after week and season after season from 1989 to 1998. Although it was still great following the departure of Larry David after season seven, his loss was noticeable in what the show put out afterward; it only went on for two more seasons before calling it quits. Loyal fans always admire when a show can stick to the same plan and succeed every time, so many were not pleased when the show no longer began with a stand-up routine from Seinfeld. While there will still good episodes, they were more infrequent and it became obvious that it was no longer effortless to create and produce a really brilliant episode. It was also clear to fans that the show was trying a lot harder to create iconic moments. Some argue that was just because they were caught up in the high expectations people had for the show, but the timeline indicates that the changes were a direct result of David’s exit.