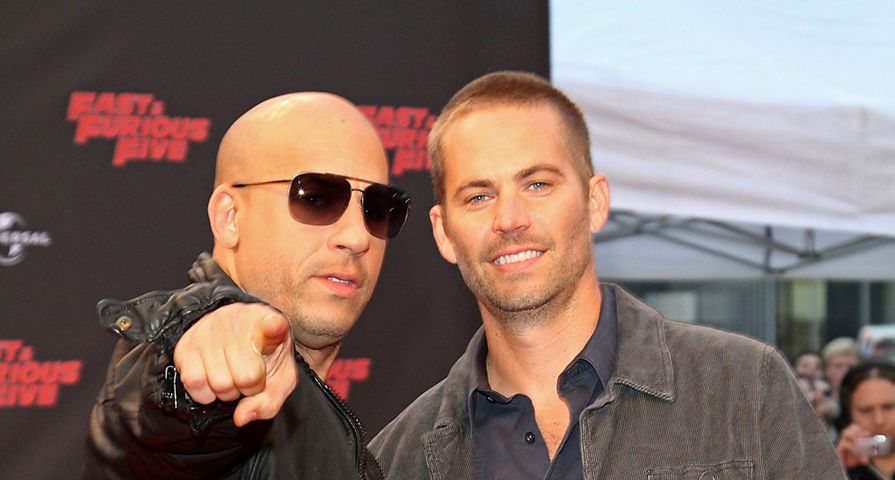 What is it about good friends playing enemies? There seems to be a tangible energy when people who are close friends off-screen, engage one another as bitter or hated rivals for entertainment. Digging into the psychology of it, there is a nice foundation of trust, intimacy and familiarity between friends. That makes for a safe environment on set or location, enabling actors/actresses to really “get mean” when they become make-believe rivals. Consider these eight duos who have played on-screen enemies, but have nothing but love for the other in real life!

Here’s an easy one to start. This was clever, though not appreciated by everyone. In Taylor’s recent video hit for “Bad Blood,” she recruited Selena Gomez to play her special agent rival in a bit of a Mrs. and Mrs. Smithesque video battle. In the short film/video, Taylor plays Catastrophe, and is joined by her sister-in-arms, Arsyn (Selena). It seems the two are fighting for the same side, then Catastrophe is betrayed by Arsyn, and they’ve got… baaaad blood. Fo’ sho’. The two gals who are very good friends in real life put on quite the show as enemies. It’s… very enticing to the viewer. We can leave it at that. Of course, those in the know understand that this was an alleged jab at Katy Perry, who Taylor has long considered a frienemy (or frenemy depending on whether you’re east or west of the Mississippi).

Fans of The Big Bang Theory will certainly remember this episode. They’ll also remember the seeds that were planted eventually bringing the face to face of Jim Parsons and Wil Wheaton to fruition. Jim’s character, Sheldon Cooper, once looked up to Wil’s character (Wesley Crusher) on Star Trek: The Next Generation. Unfortunately, when Sheldon went to meet Wil at a Star Trek convention in Jackson, Mississippi, in 1995, Wil was a no-show. This led to a rivalry invented in the head of Sheldon, and unbeknownst to Wil — playing richly into the comedy of errors when the two individuals meet. Wil Wheaton does play himself. The rivalry does play out in the mind of Sheldon, but Wil always walks with the upper hand. In real life, these two have become buddies, because of the story line, and that’s the way it works in Hollywood.

Thor and Loki: they were brothers in Asgard who became rivals, then bitter enemies. Loki eventually became known as the “God of Evil.” This holds true in the new Marvel franchise featuring members of The Avengers, and their own separate story lines. Thor, who nobly attempts to find the light within his adopted brother, is continuously disappointed by Loki’s scheming, conniving and vengeful ways. As it stands in the Marvel franchise, Chris Hemsworth has adopted the hammer of Thor, and Tom Hiddleston, the Chitauri Scepter of Loki. These two go at it repeatedly in the Marvel universe, but in real life, they play off one another like brothers. They boast a professional admiration, but when it comes to senses of humor, they’re very similar, very dry, very witty. Good friends.

On-screen they carry a wicked rivalry as Peter La Fleur and White Goodman in Dodgeball: A True Underdog Story. They also play momentary rivals in Anchorman: The Legend of Ron Burgundy, when local news teams rumble to the death. Vince played Wes Mantooth, while Ben played the unnamed anchor of the local Spanish news station. Back to Dodgeball… There has been chatter about a sequel for a few years, and both Vaughn and Stiller have expressed interest. At this point, it’s all about scheduling, but we’d love to see that rivalry heat up again. Getting to the real life friendship… there’s a reason the two have appeared in so many films together. Their friendship extends off the screen into an intimate group of friends, including the Wilson brothers, Will Farrell and other absurdly talented comedians.

Fans of The Walking Dead TV series, are well aware of the two names David Morrissey and Andrew Lincoln. David Morrissey played the villainous character, The Governor, while Andrew Lincoln stands strong as the show’s hero, Rick Grimes. The seasonal offerings featuring Morrissey were an emotional grind for both characters, who began as cordial acquaintances. That relationship dissolved into tolerance, then a bitter hatred as the two parties and their backers went to war. In real life, the two men who play Southern Americans locked into a battle vs. zombies, are actually loyal subjects of the British crown, and were fans of one another back home. They’ve both told stories about a desire to work with one another in England, but it took a zombie outbreak in the United States to finally get them together on screen where their on-screen rivalry developed into a real life friendship.

Has there been a better cat and mouse game in the past 20 years than what Heath Ledger and Christian Bale offered in The Dark Knight? Of course, a tip of the cap in the direction of Chris Nolan as well, but these two actors really took us for a ride. Before the team ever went into production, Heath and Christian possessed an admiration for the work of the other. Both men are incredibly intense while at work, but not above having a laugh. Ultimately, the intensity of their on-screen relationship helped to form their bond. They fully trusted one another, and were able to take serious risks in creating iconic performances. Tragically, the off-screen friendship between the on-screen enemies was short-lived, when Heath died seven months before the film’s premier. Christian Bale was devastated, and still becomes emotional when approached with the topic.

These two hate each other in the world of Divergent. If there’s one thing that is awesome about these many different versions of a young woman fighting the powers that be, it’s the fact that it has introduced us to some very feminine, yet very badass women. Such can be said for Shailene Woodley in Divergent, as well as Jennifer Lawrence in The Hunger Games. That said, let’s refocus on the hate between Tris and Jeanine. Kate Winslet is pure b**** on wheels in this series. Very unbecoming. And Shailene…? How could anyone hate such a doe eyed lass? Certainly not Four (Theo James). In real life, Kate has become a true mentor to her young co-star, going so far as to pick Shailene up when the media attempts to knock her down. One might say they’re like sisters — big sis guiding little sis through the obstacles she has already traversed.

You could see this one coming a mile away… fast and furious. When it came to on-screen rivalries, turned into on-screen cohorts and spilling into real life brother-from-another-mother friendships, it doesn’t get better than Vin Diesel and the late Paul Walker. With his passing, it became evident that Paul was so much more to Vin than a friend. Vin considered him a brother — a life mentor. A confidant. There was a calm and stillness in the soul of Paul that changed Vin as a person. That is truly epic. When you think about their meeting on the set of The Fast and the Furious in 2001, and being nothing more than Officer Brian O’Connor (Walker), and illegal street racing aficionado, Dominic Toretto (Diesel)…? It’s crazy how people make some of the best of friends through a work environment, regardless of the work environment.