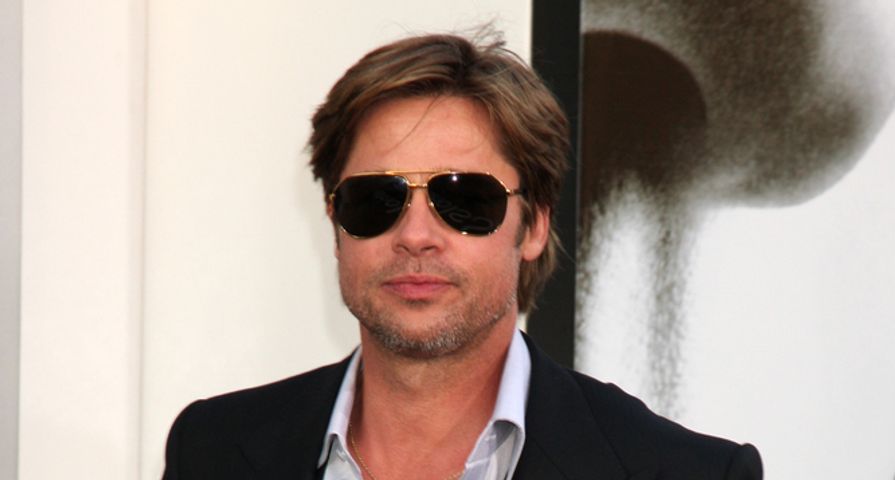 As we all know, women sometimes feel the need to fight over men. It isn’t just us commoners either – celebrities do it too! Sometimes the man they are fighting over is a total dud, which makes us wonder, what on earth were they thinking? We’re pretty sure that they don’t even know. When those instincts kick in, rational thinking goes out the window and all that we are left with is a ridiculous catfight over an appalling man. Not all the guys that women fight over are appalling though – some are definitely worth fighting for. Because we all love a good catfight, here are 8 male celebrities that famous women have fought over.

One would think that Chris Brown would have lost his sex appeal after he was caught physically assaulting Rihanna; however, that wasn’t the case. When he and the stunning songstress were through, he hooked up with Karrueche Tran. Seeing him with another woman made Rihanna realize how much she wanted him, so she went about getting him back. It didn’t take long before he was dating them both. When he wasn’t with one, he was always with the other, which didn’t sit well with either of them, but they took it out on each other instead of him.

In 2012, after months of juggling both women, he chose Rihanna. First, he released a video where he confessed to loving two women at once and then he released a statement, breaking things off with Karreuche: “I have decided to be single to focus on my career. I love Karrueche very much but I don’t want to see her hurt over my friendship with Rihanna.” When things with Rihanna didn’t work out, he went back to Karrueche; however, he didn’t stop the cheating and the lying.

Prince Charles only married Diana because he couldn’t marry Camilla. He had been involved with Camilla back in the early ‘70s when they were both single. When he went off to join the Royal Navy, things cooled down between them. She went off and married cavalry officer Andrew Parker Bowles in 1973, but kept in touch with Charles, even helping him find a suitable wife. When he married Diana, he was still in touch with Camilla. Some sources say that they were still romantically involved.

His young wife was intensely jealous of his friendship with his ex. After Harry was born, Charles and Diana drifted further and further apart and it is then that he reportedly began his affair with his married ex lover. Diana was not happy about this. She wanted Charles back, but he was already gone. In 1995, Camilla divorced her husband and a year later the prince divorced Diana. In 2005, the longtime lovers finally married and they are still together to this day.

We get why women would fight over Brad Pitt. He’s handsome, talented and he actually seems like he is genuinely sweet and thoughtful. According to the tabloids, Jennifer Aniston and Angelina Jolie have been fighting over him for a decade. It began with Jolie swooping in and stealing him from Aniston back in 2004. Things were reportedly great with Pitt and the “Friends” star before Jolie came along. They were planning to start a family in 2005 when he met the “Tomb Raider” star on the set of “Mr. and Mrs. Smith.” Once he met Jolie, it was all over for Aniston and her dream of happily ever after.

Since Pitt left Aniston for Jolie, a tug of war between the two women has taken place on the cover of almost every tabloid. Aniston is said to want Pitt back and Jolie is the home wrecker who ruined everything for the former television star. Something tells us that they both did want Pitt at the same time and it ended with him choosing Jolie.

Denise Richards and Heather Locklear were the best of friends – until Richards starting dating Locklear’s ex husband, Richie Sambora. After that, these two became mortal enemies. Richards claimed that she and Locklear weren’t friends when she began dating Sambora; however, no one believed her. All we knew was that Locklear was really hurt by their relationship. Lucky for Locklear, the relationship didn’t last. Almost as quickly as it began, it fizzled out.

When Sambora and Richards were thinking about giving it a go in 2012, she made sure to ask for Locklear’s blessing before she got involved with him again. This time, her former friend was quite gracious and gave them her approval. Unfortunately, the relationship didn’t work out. After only a few months of dating, Richards pulled the plug. Richie’s still struggling with some of his demons and she has already been down this road with other men in the past.

Mary-Kate Olsen was dating Stavros Niarchos when Paris Hilton met him. She must have liked what she saw because it wasn’t long before he dumped the mini mogul for the heiress. Mary-Kate was pretty broken up about the situation. “[Paris and I] always only had nice things to say about each other,” she told W magazine back in 2006. “Now I guess you can tell we’re not talking.” When asked about Stavros, she said, “I miss him and I love him and I don’t speak with him anymore. It’s a hurtful and painful subject. I’ve pretty much been with someone my whole life, so this is a hard time for me.”

When things with Paris ended, Stavros was quick to reconcile with Mary-Kate. In 2007, they were spotted looking very much like a couple. Sources say that she was looking to get back at her former friend, which is why she hooked up with the Greek shipping heir. The relationship didn’t work out though and now he is in a drama-free relationship with model Jessica Hart.

Katy Perry and Taylor Swift are reportedly feuding because of John Mayer. He hooked up with Swift back in 2010. It sounds like whatever happened to them ended up hurting little Swifty in the end. She got back at him by releasing a song about him – “Dear John.” In the song, she pretty much reprimands him for taking advantage of her naivety.

A couple of years later, Perry started dating John Mayer. Rumor has it that the “I Kissed a Girl” singer doesn’t like Swift because of how she treated her womanizing boyfriend post-breakup. She didn’t like that she released the “Dear John” song because it really humiliated Mayer. Since then, Perry has been making digs at the country-turned-pop singer. Swift maintains that they are not feuding about a guy and that this is about Perry trying to sabotage one of her tours, but we don’t really believe that’s the only reason she and the “California Girls” singer are fighting.

When he was still engaged to Miley Cyrus, Liam Hemsworth was getting with January Jones. Hemsworth was spotted with the “Mad Men” star at the Zavala-Kahane-Sugar-Wald pre-Oscar party back in 2013. According to anonymous fellow partygoers, they were all over each and were even spotted kissing. After the event, they shared a car ride home, which helped to solidify the rumors.

Cyrus wasn’t pleased when she heard about her fiancé’s alleged infidelity. At the 2013 Met Gala, she finally had an opportunity to have a face-off with the stunning television actress. “Miley knew January would be there,” an insider revealed. “So it was obviously on her mind as she got dressed. She knew looking amazing would be a huge statement, and she wanted to come out on top.” There wasn’t any confrontation at the Met Gala and it was only a few months later that Cyrus and Hemsworth called off their engagement.

Whoever knew that Tyga was such a hot commodity! Right now, his ex Blac Chyna and his current girlfriend Kylie Jenner are duking it out on Twitter and Instagram. We totally get why Blac Chyna is so upset. She was engaged to Tyga and had his child, and then he abruptly left her to hook with little Kylie Jenner who is only 17. Since then, these two women have been at war.

One of their most recent skirmishes took place on Instagram and then Twitter. Blac Chyna posted a rather intimate text message conversation that was between her and Tyga on Instagram. He was reportedly telling her, “I want to be with you. I want to be positive. I want to be a family again. I want to start this friendship. Relationship.” Kylie obviously wasn’t pleased, so she took to Twitter to slam Blac Chyna for faking the conversation. “I didn’t know u could change the font size on tweets now #fake,” she posted. Tyga and Kylie are still going strong, so it is going to take a lot more than that to break them up!