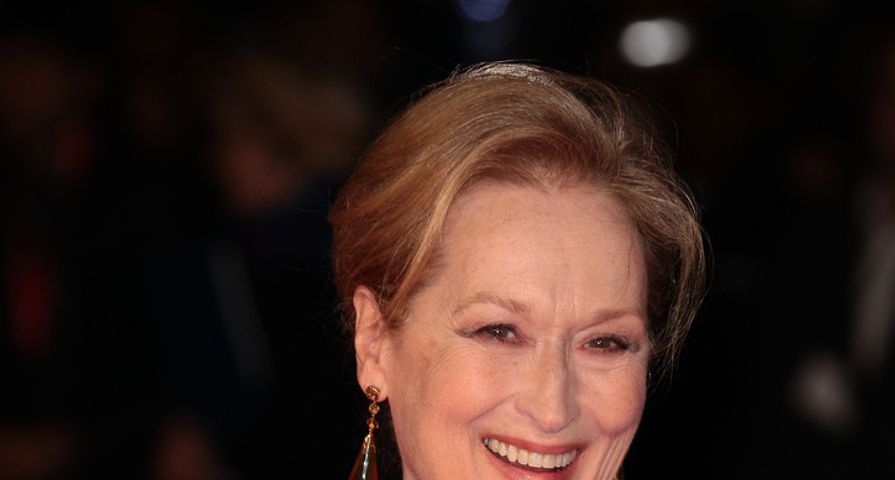 When it comes to women’s roles in the entertainment industry, Hollywood has a serious case of ageism. According to the Center for the Study of Women in Television and Film, only 15 percent of leading film roles in 2013 were portrayed by women. Even worse, this statistic is lower than it was in 1998, which means Hollywood has done little to close the gender gap that exists. Over the past few years, more and more actresses have spoken out about the discrimination they have experienced when being cast for roles. Here’s a list of 8 female celebrities who were considered “too old” for acting roles.

Maggie Gyllenhaal made headlines last year after she went public with the age discrimination she experienced in Hollywood. In an interview with The Wrap Magazine, the 38-year-old actress says she was surprised when she was told by a casting director that she was “too old” to be the love interest of a 55 year old man. “It was astonishing to me. It made me feel bad, and then it made me feel angry, and then it made me laugh.” Despite this frustrating experience, Gyllenhaal remains optimistic that more roles will be available for women. “I don’t feel despairing at all. And I’m more looking with hope for something fascinating.”

In 2012, Olivia Wilde auditioned for a role in Wolf of Wall Street, only to be rejected because of her age. Even though she was merely 28 years old at the time of the casting, she was considered “too old” for the part. While Wilde did not explicitly state what role she auditioned for, many speculate it was for the part of the love interest for Leonardo DiCaprio’s character, Jordan Belfort. The film cast Margot Robbie for the role, who was 22. Wilde openly discussed the situation on The Howard Stern Show this year after Stern asked her if she ever missed out on a role for being “too beautiful.” “No, I don’t think so. The funniest thing I heard recently was I had heard for a part that I was too sophisticated. And I was like, ‘Oh, that sounds nice.’ I like that feedback. I didn’t get the part, but I’m a very sophisticated person. And then I found out later that they actually said ‘old.’ I want to make a translation sheet for Hollywood that’s all the feedback your agents give you and what it really means.”

At the age of 33, Anne Hathaway has an accomplished acting career. Her role as Fantine in the 2012 film adaptation of Les Misérables resulted in her winning over 35 awards, including an Academy Award for Best Supportive Actress and a BAFTA Award for Best Actress in a Supporting Role. Reflecting on her years of acting, Hathaway highlights the advantages that come with being a younger actress. “When I was in my early twenties, parts would be written for women in their fifties and I would get them. And now I’m in my early thirties and I’m like, ‘Why did that 24 year old get that part?’” she discloses in an interview with Glamour UK. “I was that 24-year-old once, I can’t be upset about it, it’s the way things are,” she states. “All I can do right now is think that thankfully you have built up perhaps a little bit of cachet and can tell stories that interest you and if people go to see them you’ll be allowed to make more.”

With over 70 years of acting experience, Rita Moreno knows a thing or two about being an actress in Hollywood. Since the 1950s,  Moreno, 84, has starred in several films and television, most recently doing guest appearances on Jane the Virgin and Grey’s Anatomy. In 2014, she published a memoir that chronicles her journey in becoming a Hollywood legend. Moreno doesn’t shy away from talking about aging in the entertainment industry in her book. “Growing old in Hollywood is a serious deficit,” she writes, and has affected the quality of roles she’s been able to play.

At 66 years old, Meryl Streep is a Hollywood legend. Streep has been nominated for more Academy Awards than any other actor in history, making her a force to be reckoned with. Despite all this success, she has had some struggles along the way. In a 2011 interview in Vogue, Streep discusses the shift her career took when she turned 40 in 1989. “I remember turning to my husband and saying, ‘Well, what should we do? Because it’s over.’” After a run of good roles in the ’80s, including Out of Africa and Sophie’s Choice, she was now being considered for less desirable roles like witches. “Once women passed childbearing age they could only be seen as grotesque on some level.”

When it comes to choosing her acting roles, Zoe Saldana refuses to be complicit in Hollywood’s ageism. In an interview with The Telegraph in 2014, the 37 year old actress and mother of 2 discusses how she pushes back against gender discrimination.“By the time you’re 28 you’re expired, you’re playing mommy roles. We’re not the ones putting ourselves in those places. We’re allowing ourselves to be put in those positions. I just won’t allow it.” True to her word, she’s been busy with upcoming projects like Avatar 2 and the Guardians Of The Galaxy sequel, both set to be released in 2017.

In 1995, Emma Thompson shared the screen with Hugh Grant in Ang Lee’s Sense and Sensibility. While both actors were close to the same age, 36 and 35, respectively- Thompson recalls comments being made about the casting. “I remember somebody saying to me that I was too old for Hugh Grant, who’s like a year younger than me,” she said in a 2015 interview in Vulture. Not taking the comments to heart, Thompson replied, “Do you want to go take a flying leap?” Even better, Thompson went on to win an Academy Award for the film’s adapted screenplay, which makes her the only person to have won Oscars for screenwriting and acting.

For the last 5 years, Liv Tyler has only had a handful of acting roles. In an interview with More magazine in 2015, Tyler spoke about her challenges in finding good parts to play. “It’s not fun when you see things start to change,” she says, referencing the sexism in the film industry. “When you’re in your teens or 20s, there is an abundance of ingenue parts which are exciting to play.” Now 38, Tyler says women are  “usually the wife or the girlfriend — a sort of second-class citizen.”