Home » Entertainment » Celebrities » 8 Celebrity Couples Who Faked It For Publicity

8 Celebrity Couples Who Faked It For Publicity 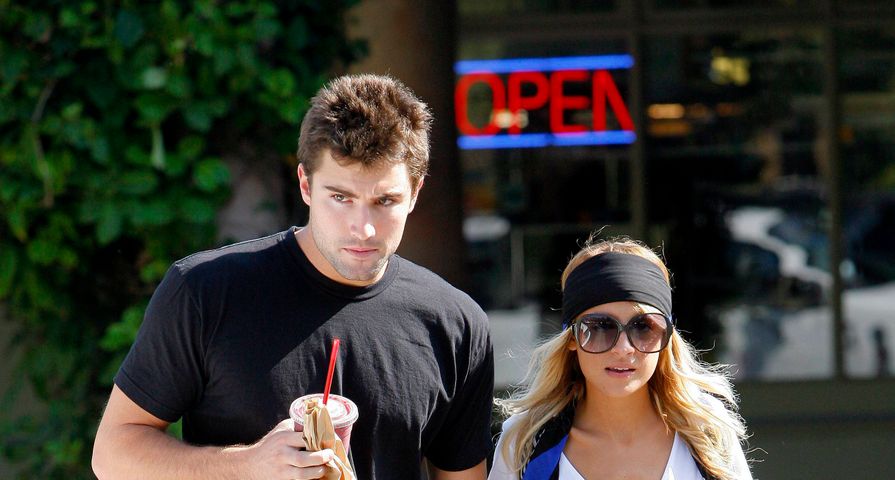 Back in early 2006, Nicole Richie was spotted hanging out in public with Steve-O from Jackass. When Howard Stern later asked him about his relationship with the reality TV star, Steve-O admitted that it was a publicity stunt. “She said, ‘I just broke off an engagement,’ and the truth is she wanted some publicity for something other than being skinny. It was a big publicity stunt. She would come pick me up. I don’t drive. I think she called the paparazzi too. These muther effers were coming from all directions. I’m even giving interviews to the video paparazzi, and I thought this is the kind of scrutiny I WANT to be under. I want to be in the tabloids! I f–kin’ loved it,” he said. Yeah, we totally thought their relationship was a PR stunt. Why else would Nicole Richie be hanging out with Steve-O?

When Kim Kardashian split from Kris Humphries after only 72 days of marriage, he accused her of marrying him for publicity and tried to have their marriage annulled on grounds of fraud. The couple did rake in a reported $17.5 million from the wedding because of various contracts and endorsements; however, ultimately Kris was unable to prove that the wedding was a publicity stunt and the couple was finally granted a divorce almost two years later.

Tom Cruise and Katie Holmes were both promoting movies when they started dating in 2005 – he was promoting War of the Worlds and she was promoting Batman Begins. Although it can argued that they did really care for each (they were together for 7 years after all), the over-the-top nature of their relationship seems to indicate something else, something more like a publicity stunt.

When Kim Kardashian briefly dated Nick Lachey, he was famous and she was a total nobody. According to Nick, she tried to use his fame to make a name for herself. She did this by calling the paparazzi and letting them know that she was on a date with the Newlywed star. “Let’s just say this: We went to a movie. No one followed us there. Somehow, mysteriously, when we left, there were 30 photographers waiting outside,” Nick said. Yeah, sounds like Kim!

Not everyone is super excited about Gigi Hadid’s new relationship with Zayn Malik. Some of her followers on social media were speculating that their relationship is a publicity stunt and she got defensive in response. “You want the public to consume and believe your fake [relationship] – but don’t want to be judged for it? Lol doesn’t work that way,” one user wrote. “Who are you to say what is fake? Your comment proves my point exactly. If you don’t know you don’t know,” Gigi wrote in response. Time will tell if this relationship really is a PR stunt.

According to Diplo, Selena Gomez’s relationship with Zedd was just a publicity stunt. “I just think that he came from such a cool place, and now he’s been pegged as a money-maker for a major label to do EDM, which to me isn’t even a genre. But they’ve pegged him for that, they’ve marketed him, even the fake relationship with Selena Gomez, all the things to sell records took away from the music,” he said. Selena claims Diplo was just joking and that she and Zedd really did have a thing, but we all know that she was dating him to get back at Justin Bieber.

Some of Gwen Stefani and Blake Shelton’s fans think their relationship is a publicity stunt and they might actually be on to something. Some of the photos of them canoodling were released by NBC and Gwen confirmed this during an interview with Ryan Seacrest. Producers for the show probably think that a relationship between Blake and Gwen will improve ratings. So far, the relationship has generated a lot of publicity and these two keep playing it up.

Nicole Richie and Brody Jenner briefly dated in 2006 and, once the relationship was over, Brody and his good friend Spencer Pratt gave an interview to Details magazine. In the interview, Spencer revealed that Brody only dated Nicole for publicity. “Here’s what you’re gonna do. You’re gonna start dating Nicole Richie. And you’re gonna get that skinny b-tch to eat, all right? You are about to become The Guy Who Got Nicole Richie to Eat. Process that sh–, bro. You’ll be, like, a f—ing hero to America,” Spencer said. Several months after the fact, Brody claimed to be “horrified” about the profile that Details magazine wrote him and that he really cared about Nicole. No one really believed him though. If he really cared, he probably wouldn’t have waited so long to speak up.