8 Celebrities Who Have Spoken Out About Managing Diabetes 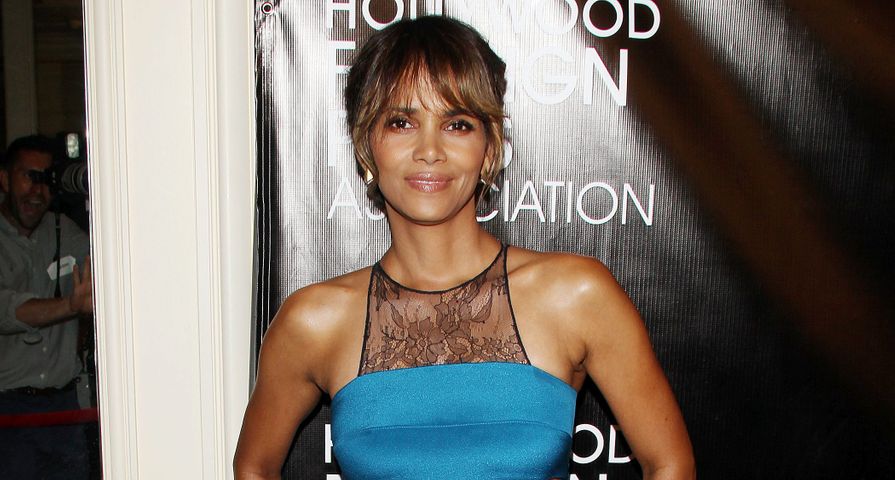 Diseases are no respecter of person, and celebrities certainly aren’t immune to contracting, or developing diseases and ailments. People are people, regardless of what they do for a living, and we’re all susceptible to a myriad of shared experiences. There are many celebrities who suffer from diabetes, and many who have been vocal about their struggle in an effort help others who are also suffering. Yes, the iconic Wilford Brimley is known for his outspoken campaign in proactively treating “Diabetus,” but there are several other celebrities who have voiced support to the worldwide community of diagnosed patients.

Pattie LaBelle was well aware that diabetes ran in her family, but she had no idea she had developed the disease until she passed out on stage, during a performance. During her examination, Patti was asked if she knew she had diabetes. Even understanding her family history, her diagnosis came as a shock. She struggled with the thought of the disease more than she did with the disease itself, and ignored her diagnosis for the first few years. Complications from diabetes led to the death of her mother, aunt and grandmother. The thought of struggling the way these mentors did was not something she found appealing. So, Patti began to make some changes. She has been an advocate, and supporter for diabetes management through healthful living, and she has been open to share her experience with the public and others who are dealing with the same diagnosis.

The lead singer of the iconic, 1980s hair band, Poison, Bret Michaels has endured his fair share of trials and tribulations. One thing many people don’t know about him: he’s Type 1 diabetic. Bret was actually diagnosed as a child at the age of six, and he has made insulin injections a part of his life for 46 years. The 52 year old front man has enjoyed 10 Top 40 singles, and platinum selling status on his albums. He never let diabetes slow him down, and he was quite vocal about his life with it after he found is way into the spotlight. Bret was candid and relatively simplistic discussing his journey with diabetes. It was pretty much something he’d always known. He was raised with it. So, he let fans and fellow sufferers know that he relied on insulin (and music) to get him through struggles.

Mary Tyler Moore’s battle with Type 1 diabetes has been well publicized over four decades. Mary was diagnosed with the disease when she was 33 and now, at 78, she is dealing with complications from the disease. Mary’s eyesight is all but gone. She struggled in years past with her eyesight — a common occurrence for individuals with diabetes, but she never once complained about the effects of the disease. She has been vocal in helping others to manage their diabetes through sharing what worked well for her after her diagnosis. Mary wrote a memoir, Growing Up Again: Life, Loves, and Oh Yeah, Diabetes, which was released in 2009. She has been candid in offering practical advice, and has shared stories of how she often injected herself in the middle of a restaurant, right through her clothing, in order to balance her sugar levels.

Another celebrity managing Type 1 diabetes is former teen heartthrob and current star of Scream Queens, Nick Jonas. Nick was diagnosed in 2005, and it was something that came as a shock. He knew something had to be wrong, as he began to experience odd symptoms, but symptoms typical of a diabetes diagnosis. Nick remembered losing a lot of weight, needing to use the bathroom frequently and experiencing mood swings that he could not explain. Upon his diagnosis, the Jonas brother was thrilled to know that his symptoms and the disease could be managed. Nick’s battle with diabetes has been highly publicized, and he has been transparent in his journey. Nick is one of those who hasn’t needed to regulate his diet, or really change his lifestyle. He encourages young people who are diagnosed to manage it, and keep moving forward in life.

Supreme Court Justice Sonia Sotomayor is a different kind of a celebrity. The responsibility she carries on her shoulders is a little heavier than walking red carpets, and building a personal brand. Justice Sotomayor was diagnosed with Type 1 diabetes as a child, and she has managed it for more than 50 years. She has shared her experiences with diabetes through several interviews and recounted many experiences in her book, My Beloved World. She remembers her first insulin injections as a child, and the process of boiling the implements in order to sanitize them for contact with her body. Now, she prefers to carry around glucose tablets — Tropical Blast is her favorite flavor. She keeps them everywhere, including in the United States Supreme Court offices, at the bench and in the conference rooms. She’s always thinking ahead: so judicious.

“Ah, no… No… No, man… Dog… Dog… It’s not good enough for this show!?” We miss Randy Jackson. When he left American Idol, it was the beginning of the end. For Randy, weight and health has been a constant battle that has branched into his physical and emotional life. Randy realized he had an emotional addiction to food cravings, and it was causing more problems in his life than weight gain. Notably, he developed Type 2 diabetes. His need to improve his health and curb his weight issues which were actually motivated by his struggle with diabetes. He famously underwent gastric bypass surgery in order to trim down and he that he did, significantly. Randy has been very public about his battle with weight and health, hoping to help others who are dealing with similar issues, including emotional ties to food and diabetes diagnoses.

Usher Raymond is one of the greatest talents in the entertainment industry. He’s an incredible recording artist and live performer, a talented actor and is always out scouring the world for more musical talent that needs to be seen and heard. Just before he began his stint on The Voice, judging and mentoring the new talent, Usher learned that his son, Usher Raymond V, was Type 1 diabetic. This came as an enormous blow to Usher. It’s just another example of celebrities being real people and dealing with all those things that the rest of us deal with, including the care of children with diseases and disorders. Usher was vocal about the process of trying to manage his son’s diabetes, through dietary restrictions and insulin injections. When you’re the parent of a child with diabetes, it’s as if you have the disease, because all treatment rest squarely on your shoulders.

Halle Berry was diagnosed with diabetes early in her career after she collapsed on the set of Living Dolls, and went into a diabetic coma. Basically, Halle almost died because of the disease. She was diagnosed with Type 1 diabetes, but it never slowed her down and obviously didn’t have any negative effect on her career. Halle has spoken candidly about her battle with diabetes over the years. She has also publicly stated that she was diagnosed as Type 1 diabetic while in her 20s, but has weaned herself off of insulin dependency, and considers herself part of the Type 2 crowd now. Not being medical experts, we’ll leave that to those who are. Whatever the case, Halle had her second child at 45 and she still looks 30, so she’s obviously enjoying excellent physical health so far as the eye can tell.