8 Celebrities Who Have Been Diagnosed With HIV 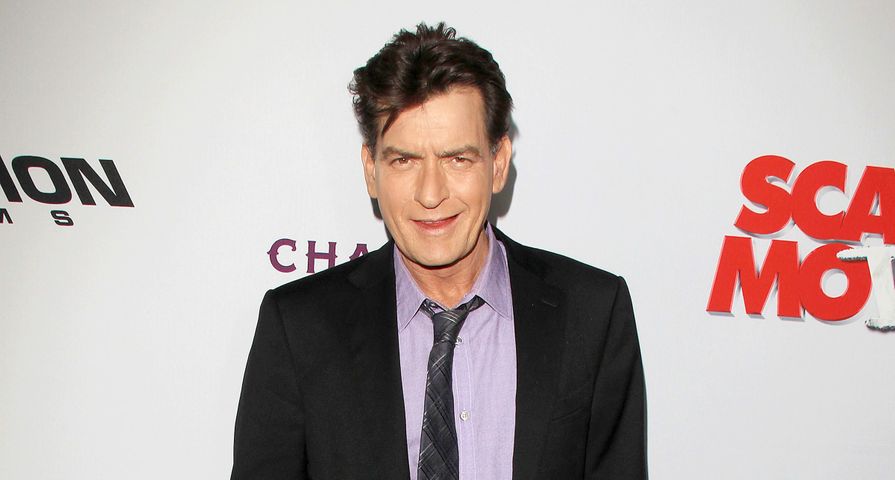 In the past, being diagnosed with HIV carried a stigma that made many people, including celebrities, reluctant to speak about their HIV-positive status and, unfortunately, also almost always led to death. As understanding about the devastating virus has broadened and improvements in medicine has increased in leaps and bounds, the topic has been discussed more and some celebrities are much more open about it in order to create awareness. Over the years a few stars were revealed to have been diagnosed with HIV and, while some sadly passed away, others have been able to live a full life with the illness. Check out 8 celebrities who have been diagnosed with HIV.

Robert Reed was one of the most recognizable faces of the 70s and 80s thanks to his role as Mike Brady in the beloved TV series The Brady Bunch, a role he held from 1969-1974. Due to the era, the fact he was HIV positive was kept a secret as was the fact he was gay because he thought it would damage his career. Reed was married to a woman, Marilyn Rosenberger, for five years; however, after his death his co-stars spoke out about his sexual orientation, confirming they knew but did not discuss it with Reed. Reed passed away in 1992 after being diagnosed with colon cancer but, following his death, details of his death certificate were made public which revealed his HIV positive status and his doctor listed it as a “significant condition that contributed to death.”

Dick Donato, refereed to as “Evel Dick” became a reality TV personality after he won Big Brother 8, but it wasn’t until October 2014 that he confirmed his HIV positive status. After his Big Brother win, Donato along with his girlfriend, Stephanie Rogness-Fischer, appeared on VHI’s Couples Therapy where he revealed publicly his struggle with the virus. Donato revealed he had learned about the diagnosis in 2011 when he was competing on Season 13 of Big Brother after producers called him into a private room. “They had done two HIV tests. One had come back positive and the other had come back negative,” he stated, saying a doctor than took more blood and within two hours it had been confirmed. Donato has used his diagnosis to raise awareness and is still doing quite well with the 52-year-old giving an update on his life since going public saying he is dating and happy. “I’m living my life and having a good time doing it,” he said.

Much like Robert Reed, Queen frontman Freddie Mercury was not open about his sexuality for many years and in the early 1970s was in a serious relationship with Mary Austin. He then began dating a male record executive, but went back to dating an Australian actress years later, before entering a serious relationship with Jim Hutton, all the while never confirming his sexual orientation. Mercury was diagnosed with HIV in 1987 and, after years of denial, on November 22, 1991 Mercury released a public statement via Queen’s manager, stating, “Following the enormous conjecture in the press over the last two weeks, I wish to confirm that I have been tested HIV positive and have AIDS. I felt it correct to keep this information private to date to protect the privacy of those around me. However, the time has come now for my friends and fans around the world to know the truth and I hope that everyone will join with me, my doctors and all those worldwide in the fight against this terrible disease. My privacy has always been very special to me and I am famous for my lack of interviews. Please understand this policy will continue.” Mercury passed away two days later at the age of 45 with the official cause of death listed as bronchial pneumonia resulting from AIDS.

Pedro Zamora made history when he became the first reality television star to share his HIV positive status when he was one of the cast members of The Real World: San Francisco back in 1994. Zamora made a huge impact on bringing awareness to HIV as fans really connected with the reality star and he continued to advocate against prejudices connected to HIV status and LGBT issues, and worked relentlessly to bring education about the subject worldwide. In 1989, when Zamora was 17,  he found out he was HIV positive and in 1993 he testified in front of the U.S. Congress arguing for more explicit HIV/AIDS educational programs. Zamora passed away on Nov. 11, 1994, only hours after the final episode of his season of the Real World aired.

Rock Hudson was one of the biggest stars of the ’50s and ’60s and, because of the times, worked very hard to keep his personal life and status as a gay man a secret, meaning his AIDS related death in 1985 was a huge shock to the world. Hudson was diagnosed as HIV positive in June 1984, and his team worked harder than ever to contain the news, instead telling the media he had inoperable liver cancer, after the illness took a noticeable toll on the actor. In July 1985, his publicist finally confirmed the news that Hudson did have AIDS and he died on October 2, 1985, becoming the first major celebrity to die from an AIDS-related illness.

NBA star Magic Johnson stunned the world when he announced in an emotional public disclosure on Nov. 7, 1991, that he had been diagnosed as HIV positive, causing his retirement from basketball. He confirmed that his wife and child did not have HIV and later admitted he contracted that disease from having multiple sexual partners over the years. Due to the fact few heterosexual men had been diagnosed as HIV postive rumors instantly swirled that Johnson was gay or bisexual, and because of these misconceptions, Johnson has continued to work at raising awareness about the illness. He also created the Magic Johnson Foundation to help combat HIV.

Danny Pintauro is one of the most recent actors to confirm his HIV status after the former Who’s the Boss star appeared in a “Where Are They Now?” segment of Oprah’s show in late September. He revealed he had mixed hard drugs with sex and then confirmed he was HIV positive, telling Oprah, “I am speaking out because I want everyone who continues to ‘tweak’ and party to know that it is not worth the price. I want my community to wake up, stop being complacent and start taking care of each other. We need to be the best we can…safe and healthy.” Pintauro says he contracted the disease in 2003, six years after coming out as a gay man, and had apprenhensions about talking about it because as he was growing up in the ’80s it was then considered a “gay disease.” Since his revelation, however, he stated he wants to work harder at making a difference in the community by advocating both healthy and safety.

Charlie Sheen is one of the most shocking stars to be diagnosed as HIV positive after years of turmoil in both his personal and professional life. The 50-year-old admitted on Nov. 17 that he is HIV-positive after increased speculation forced him to tell the truth. “I’m here to admit that I am in fact HIV-positive and I have to put a stop to this onslaught, this barrage of attacks and of sub-truths and very harmful … stories that I am threatening the health of others, which couldn’t be farther from the truth,” the actor stated on the Today show. Sheen is known for having many sexual partners, as well as nights of heavy partying and states he does not know when he contracted the virus, but did say he was diagnosed about four years prior. In his admission, he added that it is “impossible” that he transmitted the disease to anyone else and said, “I have a responsibility now to better myself and to help a lot of other people, and hopefully with what we’re doing today, others may come forward sand say, ‘Thanks, Charlie. Thanks for kicking the door open.'”