8 Celebrities Who Hated Being Pregnant 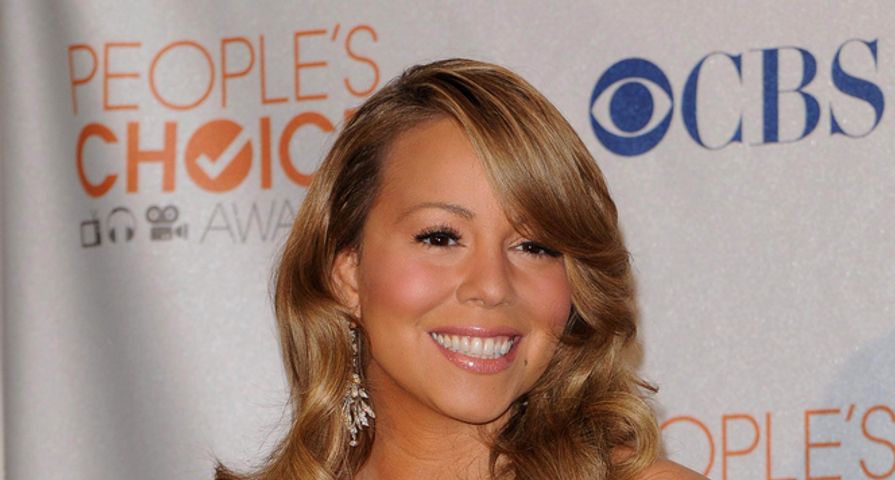 For some women, pregnancy is a great experience. For others, however, it is anything but. Some list the vomiting, as well as the physical changes and the crazy hormones to be some of the most difficult aspects of pregnancy. Many celebrities have been speaking out about their pregnancies, giving the good, the bad and the ugly. For many of them, being pregnant wasn’t this super wonderful experience and, while they love their children to bits, they were glad once they finally gave birth. Here are 8 celebrities who probably won’t be having more children – pregnancy for them was not a walk in the park.

Kim Kardashian says that she and Kanye West are trying to have another child, but we don’t really believe that. Her first pregnancy was really bad and we don’t understand why she would willingly endure that again. When she was pregnant with North, she constantly complained. “I’ve had a lot of pain, everywhere. I’m in pain, physically. I get really paranoid [and] I start Googling things, the things that come up are really scary. It just freaks me out all the time,” she said in an E! Special. “I was waiting for this amazing experience where I can just do whatever I want, eat whatever I want, feel great, and it hasn’t been that way.”

Khloe also made her sister’s pregnancy sound pretty bad. “Her back hurts, her breasts hurt, her stomach hurts, her feet hurt, her head hurts, her eyes hurt, her nails hurt. She cries all the time, too,” she said. Kim’s nails hurt? Now that’s strange.

Melissa Joan Hart loves kids, but she isn’t into pregnancy. “I would have seven babies if I didn’t have to be pregnant. I hate being pregnant – the lack of energy at the beginning [and] having to change your diet,” she said. “It’s a huge adjustment and you have to change your whole lifestyle for a few months.”

Even though she’s talked about not wanting to carry another child, she’s also said the complete opposite. “I would love to have more kids. I want to have them close together. Every time I have a child, it puts me out of work for a year or two, and every time I have a child, it’s more work. I want to make sure I can give each of them good attention. I would love to have four, but I can’t promise anything now,” she said. There’s a distinct possibility that she might actually try and have another child. We hope it’s a girl for her sake.

Kelly Clarkson’s pregnancy with her daughter River Rose was pretty bad. “Oh girl, I was like, hospitalized,” she said. “It was bad. I mean, projectile for like, 20 times a day. Like, for real. I’m not exaggerating. Like, it was the worst.” Even though this pregnancy was really difficult for her, she wants to have more kids. “Yes, but only because she came out awesome,” she said. “I mean, I literally have the happiest baby. She’s so happy.”

After giving birth, Clarkson had an even bigger scare – she lost her voice. “Afterwards was the part where I literally had a moment where I cried and drank wine all day,” she said. “I was like, ‘Oh, God, I’m not going to be a singer anymore!’ I was bawling to my husband and like, completely hammered, just going, ‘Oh my God, it’s over, I don’t know what I’m going to do. I guess I could do more charity work.’ Like, I didn’t know what I was going to do.” Thankfully it was only temporary!

Jaime Pressly did not find pregnancy to be this beautiful experience. For her, the experience “sucked.”

“As a new mom I’m supposed to go on about how wonderful it was to be pregnant. Well, I don’t buy into that. The truth is that I love my baby to bits, but the rest of it sucked. Pregnancy was the biggest killer for me. I hated it – I hated being fat. My hormones were all over the place and I acted like some lunatic, picking fights with my boyfriend over how he made my coffee. On top of that I had this hideous ‘pregnancy mask’ skin discoloration which completely covered my face,” she told the New Zealand Herald. “You can normally use creams to disguise it, but not when you’re pregnant, so I had to walk around looking like I was horribly disfigured. This may sound arrogant, but I’m used to looking hot. I just wanted to cry all the time.”

Pregnancy has never been an easy thing for Kendra Wilkinson. When she had Hank, she struggled with postpartum depression. She also felt a lot of pressure to lose the baby weight fast and she just couldn’t find the time. “At the time I was doing whatever I could for the baby, but I lost myself and it was really frustrating,” she said. “Being in the spotlight is a lot of pressure about losing the weight, (especially) coming from the Playboy world.”

Her second pregnancy was worse in many ways because she spent a considerable amount of time in pain. “I’m feeling like crap,” she said. “I’ve come to that point of pregnancy where I pretty much give up…I haven’t been able to work out because I’m in so much pain. I’m just lying in bed in pain. It’s so brutal. She’s crushing my pelvic bone. I can’t even walk anymore.” Yikes – that sounds brutal!

Kate Hudson has given the world some pretty mixed messages when it comes to how she feels about being pregnant. There are times when she says that she loves it and then other times when she says the opposite. When she was pregnant with Bing, she said both. She talked about how much she disliked her body with InStyle. “I hate it,” the “Almost Famous” star said. “I’m usually an A cup and I’m getting close to a D cup. Big breasts are fun for certain things and really not fun for other things. Plus, I love fashion, and having big breasts is not ideal for certain looks. They’re way more fun when you’re not in your clothes. Then, they’re a blast!”

Later on, she totally contradicted herself. Suddenly, she loved the experience. We’ll just assume that she loves the connectedness that she feels while pregnant, but hates all the curves she develops.

Hilary Duff didn’t love being pregnant. She was pretty excited for the experience to be over. “I had a really easy pregnancy and I did enjoy a lot of it, but a part of me isn’t like those women who love being pregnant,” she told Parade.com. “I love my baby and I miss that feeling of being attached to him when he’s kicking, but I was so ready to not be pregnant.”

Like most women, she found it hard to deal with the pressure to get back into shape after giving birth. “I don’t have a project waiting on me that I have to bust my butt to get into shape for so it’s more about how I feel,” Duff said. “I did Pilates and yoga during my pregnancy but I really missed getting my butt kicked. Then I read comments on my Twitter page about how I’m waddling into Pilates and I go, ‘wow, that’s a really mean thing to say. I just had a baby three weeks ago!’ There is a little bit of pressure but most of it comes from me.”

Mariah Carey’s pregnancy was no walk in the park. She had troubles with preeclampsia and gestational diabetes, which made the experience extra challenging. “I was so uncomfortable. Pregnancy with twins is different than anything. They were always saying to me, ‘It’s all worth it.’ Yeah, it’s easy for you to say when you’re not the one whose feet are this big! It turned into a really difficult time,” she said back in 2011 on the Home Shopping Network.

When she was asked if she was going to have anymore children back in 2013 on “Watch What Happens Live,” the “We Belong Together” singer said that she was done having babies. “If Nick could have the babies himself, then yeah, bring ‘em on. We love kids,” she joked. “Here’s the thing: This is real. I’m responsible for the kids for like forever. I look at it like, they didn’t ask for this lifestyle but here they are.”