8 Awkward Celebrity Encounters With Other Celebrities 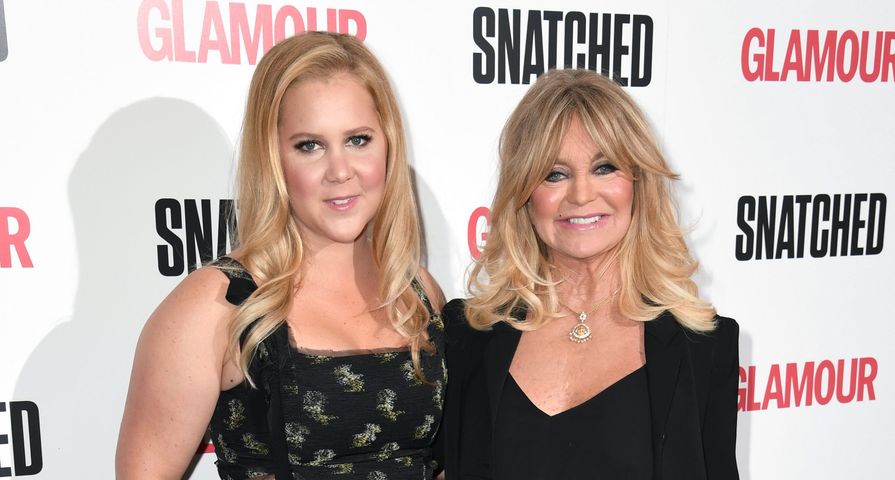 The world of Hollywood might be surprisingly small with many celebrities having connections with each other no one would have guessed, but of course, that doesn’t mean all stars know each other — or even like each other. With so many events, award shows and galas bringing celebrities from all facets of the industry together regularly, there have been a lot of awkward celebrity encounters with other celebrities. From not knowing one another to being rude or just downright cringe-worthy interactions, here are 8 awkward celebrity encounters:

In terms of awkwardness, this one is relatively mild given the superstar power of both Leonardo DiCaprio and Lady Gaga, but it certainly caused waves with fans. During the 2015 Golden Globes, both stars were attending, and when Lady Gaga was named Best Actress in a Limited Series, she didn’t care who was in her way to the stage to get her award — even Leonardo DiCaprio. The singer had to squeeze by the actor who had his arm over the back of his chair, and when she pushed by him DiCaprio gave quite the hilarious yet unintentional facial reaction. Immediately fans began sharing DiCaprio’s flinch from being touched by Lady Gaga, and while it certainly seemed awkward, DiCaprio was quick to explain it wasn’t that bad. “Oh lord — that’s trending, huh?” he told Entertainment Tonight when asked about his reaction, adding, “I just didn’t know what was passing me, that’s all!”

Lindsay Lohan has had a lot of awkward interviews, sent a lot of awkward tweets, and said some strange things over the years, so it shouldn’t be surprising that she has had a few awkward celebrity interactions. Although fans only heard about this one from Lohan herself, it seems the actress once turned down Harry Styles, and didn’t know who he was. Lohan claimed that the two were staying in the same hotel, and at 2 a.m., Styles showed up at her door unannounced. “I didn’t know it was him. He was in a suit. I said, ‘Well, you’re very good-looking, can I help you?’ That was it,” she said. Lohan said she didn’t realize who he was, despite him giving his first name, and politely closed the door on him. “He was like, ‘I’m Harry. Gavin and Michael sent me here.’ I was in bed. I was like, ‘I’m going to bed but it was nice to meet you,’” she explained, adding, “It was 2 am, I had just come back from an AA meeting. I looked like s— too. I was wearing a big hotel robe, I had a slip under it. It was not a good look.” She added she didn’t really realize who it was until she told her sister the story the next day and added she didn’t think it would happen again. “I saw him in LA recently. I think it’s probably awkward on both our parts now.”

Following the Oscars in 2015, there was one thing everyone was talking about, and it had nothing to do with who won an award. John Travolta and Scarlett Johansson had one of the most awkward red carpet encounters of all time when the actor wrapped his arm around the actresses’ stomach and proceeded to try to give her a kiss on the cheek, all while Johansson was simply trying to pose for pictures. Johansson also looked as though she was less than pleased with the situation, and the photos are still incredibly awkward to look at even now.

Britney Spears has made her fair share of awkward statements about other celebrities, often claiming she doesn’t know them or never met them, even when there are photos, and since she has been a pop queen for decades and is so busy with her Las Vegas residency, she can’t be expected to keep up with every celebrity. Still, it was pretty awkward when actor Colton Hayes was brought up on stage at one of her Las Vegas residency shows and performed “Freakshow” with her. Although he has starred on major shows such as Teen Wolf and Arrow, Spears just thought he was a fan as she told him he was “so beautiful” and then asked for his name. Despite not recognizing the fellow celebrity, Haynes posted a video of the moment on his Instagram gushing about how incredible it was.

Still in shock haha. Made my Vegas debut with @britneyspears @phvegas #PieceofMe #TheAXIS What the hell just happened!!!??? So cool!!!

Although this very awkward interaction between Katie Holmes and Tori Spelling wasn’t caught on camera, Spelling had no problem detailing what happened to fans. According to Spelling she had a run-in with Holmes in 2012, years after the pair had first met and bonded, and expected the pair to have a friendly greeting and catch-up, but that isn’t what happened. “I didn’t know whether we should hug or shake hands. But the signal from her was immediately clear: Don’t even come close. I instantly got nervous. We clearly weren’t going to catch up on the last ten years. And we certainly weren’t going to talk about her husband, Tom Cruise.” Spelling then said she tried to talk to Holmes about her daughter Suri, and Holmes had no idea that Spelling had children of her own which “annoyed” Spelling. “Then we stood there. She was just plastic. In a perfectly polite way . . . my pits were drenched. I never sweat. It was that awkward. I thought, I know you’re not a robot because you can’t sing for s**t .”

3. Gigi Hadid and One Direction

With One Direction being the hottest boy band of their time, and Gigi Hadid being one of the hottest supermodels of her generation, it would be very unlikely they would not know each other, but that wasn’t necessarily the problem when they had an awkward run-in on the red carpet. During the red carpet arrivals of the stars at the American Music Awards in 2015, One Direction was doing an interview with E!’s Giuliana Rancic, when she spotted Gigi and asked the guys if they knew her. It became awkward immediately when none of the guys answered and Rancic ushered Hadid up with them and the first one she encountered was Harry Styles who had dated two of her close friends Taylor Swift and Kendall Jenner. Hadid proceeded to formally shake Styles’ hand and then warmly hug the other members of One Direction causing Rancic to declare, “Oh! They do know each other.”

While Amy Schumer and iconic actress Goldie Hawn are close now after starring in the comedy Snatched together, Schumer admitted the two had a pretty awkward encounter before beginning the movie. Schumer revealed that she was on a plane with Hawn and couldn’t wait to pitch the movie to her in hopes she would take on the role, but the actress had no idea who the comedian was. “I left her alone during the flight, we had never met. I waited until we got off the plane and then I went up and I harassed her, and I was just like ‘I really want you to play my mom in this movie.’ And she was just like, ‘Okay, honey.'” Hawn admitted she felt bad for not knowing who Schumer was, and this is one case where the initial awkward encounter turned out for the best.

One of the most awkward celebrity encounters of all-time also happens to be one of the most recent. In June 2017, a slew of stars were attending the David Lynch Foundation’s National Night of Laughter and Song, and two of those stars were Jerry Seinfeld and Kesha, unfortunately, the legendary comedian had no idea who the singer was, and rejected her not once but three times. While Seinfeld was giving an interview to the host of 94.7 Fresh FM, Kesha fangirled over him and crashed the interview by trying to hug him. Seinfeld was clearly not having it and continued to back up as he said “No, thanks” which he repeated when she asked to hug him again. When she asked a third time, he continued, “Yeah, no thanks.” “I don’t know who that was,” he admitted, but upon learning her identity said, “I wish her the best.” In only moments, the cringe-worthy video went viral, and the comedian/actor later explained he doesn’t “know every pop star,” adding, “When you get to be my age and you’ve done a couple things, you have your own reality,” he said. “In my reality… I don’t hug a total stranger. I have to meet someone, say hello. I gotta start somewhere. Hug isn’t first moment of a human, two humans. I never did that.”