8 Aging Celebrities Who Try Too Hard to Be Young 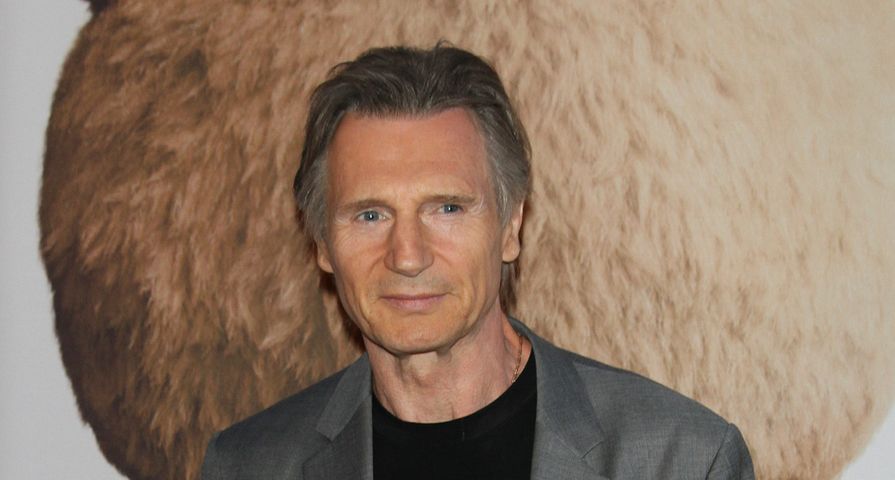 Aging can be tough in Hollywood — so we understand why many celebrities feel the pressure to stay young and hip, whether that involves strange outfits, plastic surgery or nights out at the club. But some celebs definitely take it too far! It’s okay to act your age sometimes, people. Here are our picks for aging celebrities who try too hard to be young:

No man’s earring is as famous as Harrison Ford’s. At the 2014 Oscars, many viewers poked fun at the Indiana Jones star’s bejeweled left lobe, but late night talk show host Jimmy Fallon was so taken in by it that Jimmy asked Harrison to pierce his ear on TV. “Because he’s one of the coolest people in history and I want to be like him, I’ve asked Harrison Ford to pierce my ear,” Jimmy told his audience at the time. “I’ve never had my ear pierced. I’m very scared for this.” Harrison used a piercing gun to go through with it, jewels and feathers and all. Jimmy wrote on Instagram: “Harrison Ford pierced my ear on our show tonight. #ThereWillBeBlood.” Beyond his earring, Harrison, 73, makes our list because of his insistence on flying planes (and crashing them), though we admit that it was pretty badass when he crashed a small plane in California earlier this year and basically walked away from it with just a couple scratches.

At 59, reality star Kris Jenner is a beautiful and generally fashionable woman — but sometimes it seems like she sees herself as a peer rather than a mother to her daughters Khloe, Kim, Kourtney, Kendall and Kylie. She wore a sheer top to the recent Amazon Prime Summer Soiree hosted by Erin Foster and Sara Foster at Sunset Towers in West Hollywood, and wore some rather flamboyant outfits (including a rainbow camouflage track suit!) when she traveled to London to support Kendall, a prolific model, at various photo shoots. Kris is great shape, but sometimes less is more when it comes to bright colors and avant garde outfits. Kendall even told GQ in an interview that Kris will sometimes answer the door in nothing but a leopard-print robe. Whoa!

Now, we think it’s pretty impressive that 53 year-old Tom Cruise still does intense physical stunts for his movies, and we also want to point out that 53 is not “old.” But Tom Cruise is trying way too hard. Did he really need to hang off the side of a plane as it took off, as he did for his most recent flick, Mission Impossible: Rogue Nation? He even had to wear special contact lenses because of the force of the wind. “I’ve always wanted to do that,” Tom joked about the stunt at Comic Con. “I want to keep audiences on the edge of their seats.” What worries us is how Tom is going to try and top that stunt as he continues to get older. Be careful, Tom!

Leonardo DiCaprio is 40, but it’s clear that the Wolf of Wall Street actor is trying to maintain the social and romantic life of a college frat boy. He’s infamous for dating supermodels and hanging out on yachts: most recently, his current girlfriend-of-one-month, 25 year-old Victoria’s Secret model Kelly Rohrbach, posted Instagram photos of herself hanging out on his yacht in the Mediterranean, where they’ve spent the last few weeks. (She also made an appearance at one of Leo’s charity gala fundraisers.) Which lingerie model will be next, Leo?

We’re glad that Madonna’s music career has had staying power — but sometimes the 56-year-old seems like she’s trying too hard to stay hip. She had a wardrobe malfunction at the 2015 Brit Awards in January, slipping and tumbling down stairs because her cape was too tight, and is reported to have pole dancing nuns on her upcoming Rebel Heart tour, because apparently when you’ve been trying to shock everyone for decades, it gets harder and harder to do something outrageous. But we have to give props to Madonna for speaking out against ageism, especially when it comes to women. “It’s still the one area where you can totally discriminate against somebody,” she said in a recent interview with Rolling Stone, “and talk sh–. Because of their age. Only females, though. Not males. So in that respect we still live in a very sexist society. No one would dare to say a degrading remark about being black or dare to say a degrading remark on Instagram about someone being gay. But my age – anybody and everybody would say something degrading to me. And I always think to myself, why is that accepted? What’s the difference between that and racism, or any discrimination? They’re judging me by my age. I don’t understand. I’m trying to get my head around it. Because women, generally, when they reach a certain age, have accepted that they’re not allowed to behave a certain way. But I don’t follow the rules. I never did, and I’m not going to start.”

Like Madonna, pop star Mariah Carey seems to be having a hard time accepting that she’s not 25 anymore. To be fair, Mariah is a decade younger than Madonna, but at age 45, Mariah sometimes still wears outfits that make us a little concerned. She’s known for long, tight black gowns with lacy sheer side panels and very daring, low necklines. She also recently revealed on Instagram that she’s collaborating with French Montana and possibly Justin Bieber on a song called “Infinity.” Does it come off as cool, or a weird attempt to stay current with young fans? We haven’t decided yet. (Also, let’s not give Justin Bieber any more attention, okay?)

Like Mariah, Gweynth Paltrow is definitely not old — but she tries so hard to be cool that it can be a little painful to watch. Her lifestyle newsletter and wesbite Goop is just bizarre (she has given advice to subscribers about things like how to urinate and how to yawn, in addition to recommending super-expensive fashion products for both adults and kids). In an effort not to seem like a prissy, WASPy rich lady, she also just announced that she’ll be coming out with a collection of handbags inspired by hip-hop artists like Jay Z, who is apparently a close friend of hers. Gwyneth will work with designer Edie Parker for the new accessory line, which features clutches that will spell out the names of rappers such as Tupac Shakur, Notorious B.I.G., Jay Z and Eminem in bright, bold colors. We hope the women who buy these (likely very expensive) handbags will know who these people are.

We love Liam Neeson; he seems like a genuinely nice guy. But at age 63, why is he still starring in intense action movies? When the Taken star was recently photographed by paparazzi looking rather old and gaunt in New York City, fans were so concerned that a spokesman had to officially tell The Daily Mail that poor Liam has “never been healthier.” Maybe he’s been working too hard trying to fight bad guys like a young movie star? With Liam’s action star persona, people are starting to expect something fairly unrealistic from Liam. Let him be a normal 63-year-old! Liam has even said that he felt badly about his 63rd birthday and wanted people to ignore it. “It’s a touchy subject. Nobody wants to be 63. I’m getting old,” he said. “What I want more than anything is for it to be ignored. I just hate it and it makes me feel vulnerable. It’s such a private thing – the day you were born, the day you came out of your mother’s womb. Some people hire a boat and do grand things like that, but I just get embarrassed about that sort of celebration and attention.”