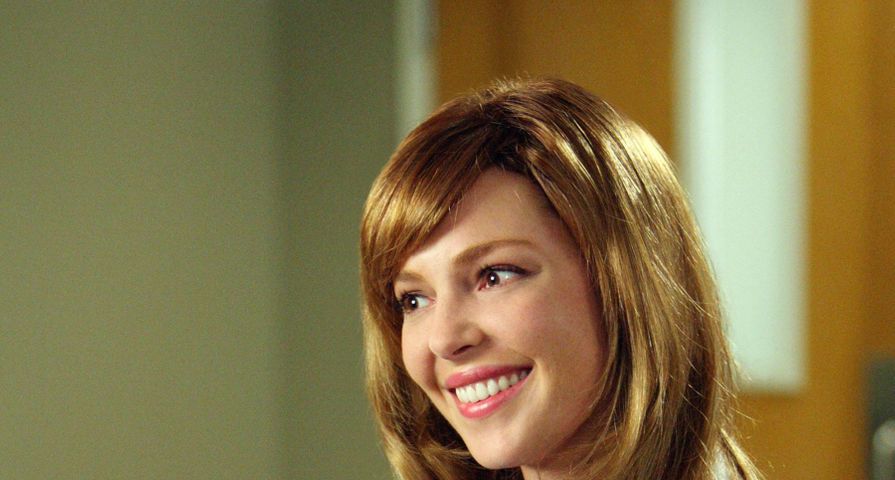 Sometimes it can be heartbreaking when star leaves a show before the show has come to a conclusion… and sometimes it can be a relief. There are many reasons stars leave shows, and most often they’re business-related decisions; however, there also examples–some of which are on this list–of individuals who “leave” the show, but likely would have been canned if they didn’t. It goes to show that Hollywood big business is really no respecter of person, and no person is a respecter of Hollywood big business.

Pick a show… any show… she’s left ’em all. Shannen Doherty is an interesting celebrity. She’s still a well-known name, and recognizable face after starring in a couple popular series, and several films over the past 25 years. What Shannen gained–in addition to experience–was a reputation for being hard to work with. After several successful seasons on Beverly Hills, 90210, Shannen was written into a study abroad program. Whether she and producers had come to an impasse regarding contract negotiation, or she truly was difficult to work with and was completely written out, she left the show. She later went on to c0-star in Charmed, and left after the third season, making way for Rose Gowan to replace her. Again, rumors swirled that she was difficult to work with, though maybe she just gets bored with television after a few seasons?

Topher. Ashton. Say it ain’t so. You knew these guys had to be on this list. Opportunity was knocking’, and Topher was done playing Eric Foreman. That ’70s Show died because of Topher’s departure. Adding to the misery was the fact that Ashton Kutcher (Michael Kelso) left at the same time. Both guys felt seven years with the show was enough, and they were looking to broaden their horizons. To combat the move, the producers opted to forge ahead, and write them out, sending Eric to Africa, while Kelso moved to Chicago. They added cast members, and the show fizzled to finality. They should have pushed hard in negotiations to do one final season, so they could all send the show off in a manner it deserved. Some shows can survive after their sunshine stars move on. This one did not.

In fairness to Jessica, she didn’t bolt from 7th Heaven. She appeared as Mary Camden in well over 100 episodes when she decided to shed the good girl image, and pose for Gear magazine. The producers of the show were not thrilled with her decision, so they worked a “rebellious” phase into her character arc, and then wrote her into fewer episodes. Fans of the show were quite displeased with the decision to write her out, so writers ramped up her appearances. Jessica was already looking elsewhere, and in 2003 she left the show to pursue other avenues. Worth noting, the writers kept other characters talking about Mary Camden, her whereabouts and what she was up to. Eventually, they were able to lure Jessica back to the show for the final season, and fans got the satisfaction of actually seeing everything Mary had been up to.

David Duchovny’s departure from The X-Files was not one smelling of roses. It had some stank on it. When an actor realizes their show is pulling in far more than they’re getting paid, it’s only natural to get business savvy and ask for coin you feel entitled to. For David, this led to an eventual lawsuit to the tune of $20 million, because he couldn’t milk what he wanted from the show, or from other ventures, because of the show. He never wanted to leave, and officially, he didn’t; however, he was abducted by aliens, and then only made a few appearances in the final two seasons, keeping the show on life support. Robert Patrick replaced him. Ultimately, David was smart enough to take what was there, and to remain part of The X-Files legacy.

In another move that proved to kill a show… Steve Carell leaving The Office was the beginning of the end. The show was able to limp along for a couple more seasons, but it was obvious that Steve was the heart and soul of the production. He did the rest of the cast a favor by staying on as long as he did. At the end of the day, when you’re done with something as an actor, you’re done. Steve was ready to move on–he was already enjoying a successful career in film–and we’ve enjoyed the fruits of his labor. It’s pretty amazing to watch Steve as Michael Scott, and watch his turn as John Du Pont in Foxcatcher. Steve was a champ, and returned to the show for the final episode to send it off properly. No harm, no foul.

Shelley Long became a household name as Diane Chambers in one of the greatest sitcoms of all time, Cheers. After five seasons, she decided to leave the show. It wasn’t without controversy. Her relationship with Ted Danson, who played Sam Malone, was pretty much the spine of the show. Everything else reacted to that tangible energy. Their onscreen relationship was electric–everything you’d hope for in a half hour program. She primarily left the show because she wanted to spend time with her new daughter, and she had also grown tired of doing the same thing episode after episode. At the time, she stated she felt stale. The show went on without her, and she was replaced by Kirstie Alley. Shelley did eventually reprise her role of Diane in the final season, and even showed up a couple times on Fraiser.

This one was ugly. Charlie Sheen was the brass of Two and a Half Men, and he was the highest paid actor on television. Things turned sour when he entered an in-home drug rehabilitation program, and then asked for a monster raise from producers of the show. He claimed that he was entitled to it based on the show’s profits. To state it: when dealing with contracts, it’s always better to ask politely, and negotiate with savvy than to make demands, then leak them to the public. Charlie then threw the show’s producer, Chuck Lorre, under the bus, and attacked him personally via social media and the press. Warner Bros. responded by barring Charlie from studio grounds, and canceling the final four episodes of the season. Ultimately, Charlie’s contract was terminated, his character was killed off–literally–and Ashton Kutcher replaced him. That’s how Charlie Sheen leaves a show.

Now we turn to Katherine Heigl. Katherine left Grey’s Anatomy five years ago, and people are still asking why. Her departure was accompanied with much speculation, a truck load of presumption and enough rumors to keep the tabloids busy for a decade (on slow news days). The truth of the matter: Katherine was frustrated. She was frustrated about several things, but acting out due to the frustration of missing her children. This, according to a  2014 interview she offered to Good Housekeeping. Katherine is certainly not the monster some have made her out to be, and if anything, it seems as if she has trusted some really bad agency and manager advice throughout her career, rather than doing the stuff she really wanted to do and call her own shots. It’ll be interesting to see how the next 5-10 years of her career sustains. Hopefully she has learned her lessons.