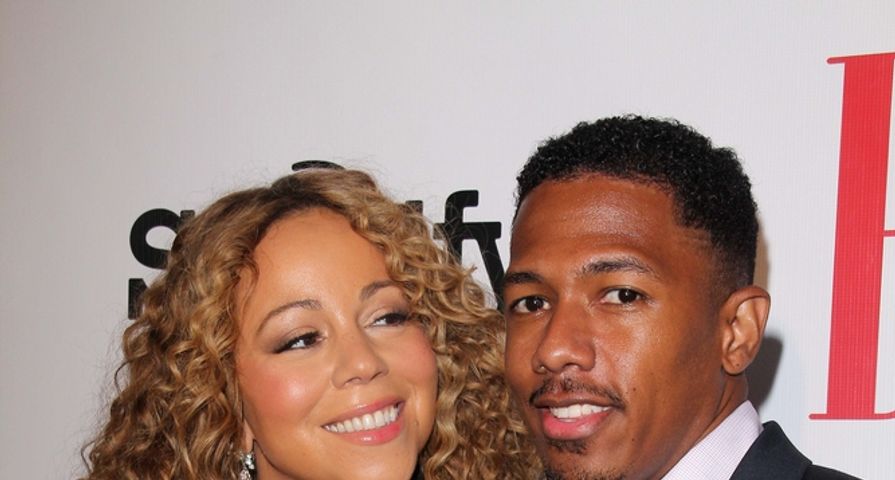 When you’re a celebrity, you really have to protect yourself. This can sometimes mean taking some pretty extreme measures, like handing out nondisclosure agreements to people who come into your life. Many celebrities do this. George Clooney reportedly kept all of his C-list lady friends quiet by making them sign confidential agreements. Once they inked one of these, they were unable talk about any intimate details from the relationship or the breakup. Again it’s pretty standard for celebrities to use these to keep their private lives private. We have rounded up some of the more unbelievable celebrity nondisclosure agreements – here are 7!

Back in 2012, Chris Brown reportedly had his henchman hand out nondisclosure agreements to partygoers at Rihanna’s birthday party before he made his grand entrance. He was worried about the other attendees disclosing what he was doing at the party. Unfortunately for him, his people weren’t able to get everyone to sign, so he had to go in there and brave the situation like a big boy.

According to some sources at the party, the “Kiss Kiss” singer was hitting on the birthday girl all night. They were all cozied up, holding hands and acting very much like a couple. This was before he and Rihanna were publicly back together. The restraining order had just been lifted, so they were free to hang out again, which many people were very against. Details were also leaking around this time about what went on between them on that infamous night before the Grammy Awards and none of it painted Brown in a very good light.

Jennifer Lopez’s first husband Ojani Noa tried to write a tell-all about her, despite the fact that he signed a confidentiality agreement with her that prevented him from maligning Lopez or revealing details of their past relationship. He reportedly demanded $5 million from her in return for her not releasing it. She sued him and was awarded $545,000, as well as an injunction that prohibits him from releasing any intimate details from their relationship. Some of the content in the book was absurd. We’re not sure anyone would have believed what he was saying.

When she started dating Casper Smart, she reportedly slapped him with a nondisclosure agreement a few weeks into their relationship. He is never allowed to discuss their business or professional relationship with the media. If he breaches it, she has the right to sue him and recover any gifts that she gave him during the course of their relationship.

When Britney Spears started dating David Lucado, her father reportedly made him undergo a background check and sign a confidentiality agreement. The background check obviously wasn’t done properly because he ended up being a total sketchbag. He cheated on her with at least two women – one was an exotic dancer and the other was an adult film star. Thankfully the pop princess dumped him after finding out.

Lucado can’t legally dish the dirt on his relationship with Spears; however, that didn’t stop one of his sidepieces from trying. Cali Lee, the adult film star he was seeing, was shopping around a story shortly after the Lucado and Spears’ breakup. The pop star’s lawyers reportedly sent a letter to Lee warning her that Lucado had signed a confidentiality agreement with her, so anything that he mentioned during their affair must be kept secret. We haven’t heard anything since so maybe Lee did listen.

Watch out ladies – Liam Gallagher is anything but a gentleman! The former frontman for Oasis was married to Nicole Appleton from All Saints when he got a journalist by the name of Liza Ghorbani pregnant. According to her, they were having a full-on affair when she found out that she was carrying his child and they were even picking out baby names together. None of this lasted though. They broke up and, after the child was born, she started going after him for child support payments.

Gallagher responded by demanding a paternity test and then, once it was confirmed that he was the father, he tried to get her to sign a confidentiality agreement that barred her from discussing his finances or any personal details about their relationship. She reportedly refused to sign. She had been protecting his privacy during her pregnancy even though she wasn’t getting any help from him. Let’s hope she writes a juicy tell-all!

Tiger Woods reportedly made Elin Nordegren sign a lifetime confidentiality agreement when they divorced. She is rumored to have received $100 million in the divorce settlement; however, she is not allowed to discuss the details of their marriage or their divorce, which means no tell-all books or interviews about what exactly went down during their marriage. This is too bad cause we think there is probably a pretty good story there.

Nordegren isn’t the only woman that Woods forced to sign a confidentiality agreement. When his mistress Rachel Uchitel was going to give a tell-all conference about their affair, he reportedly offered her $10 million in exchange for her silence. It looks like she had to give the majority of the money back though. She allegedly referenced her relationship with Woods when she was on “Celebrity Rehab,” which was considered to be a violation of their agreement. She probably would have been better off if she had just given the press conference back in 2009.

When Oskana Grigorieva and Mel Gibson broke up five years ago, a nasty custody battle ensued. Tapes were leaked of the actor verbally abusing her and assault charges were filed after he physically assaulted her. At one point, he offered her $15 million to drop the charges and walk away from the situation; however, someone advised her to hold out for something better. That something better never came along. She ended up receiving only $750,000 and was forced to sign a confidentiality clause that prevented her from ever speaking about Gibson publicly.

A year ago, Grivorieva had to forfeit $375,000 from her settlement because she had violated the confidentiality clause by speaking with Howard Stern about her relationship with Gibson. She didn’t say much about him or what happened, but it was enough to cost her the rest of her settlement. Poor girl had to file for bankruptcy shortly after that.

When they were separated and preparing to divorce, Mariah Carey made Nick Cannon sign a non-disclosure agreement to prevent him from spilling any details about their breakup. If he says anything about the split, there will be severe financial penalties. Carey, on the other hand, is allowed to announce the split on her terms, but that doesn’t mean that she can say whatever she wants.

Their divorce settlement reportedly includes a confidentiality clause that will fine her $500,000 if she spills any details, whereas Cannon will be fined only $250,000 for any violation. This is probably why we haven’t heard anything about the breakup except for him confirming that they had been living separately for months and that there was trouble in paradise. People on Cannon’s side have been blaming Carey for the split. According to them, she drinks a lot and spends a lot of money and he is just looking out for the kids. Something tells us that there must be more to the breakup than that!