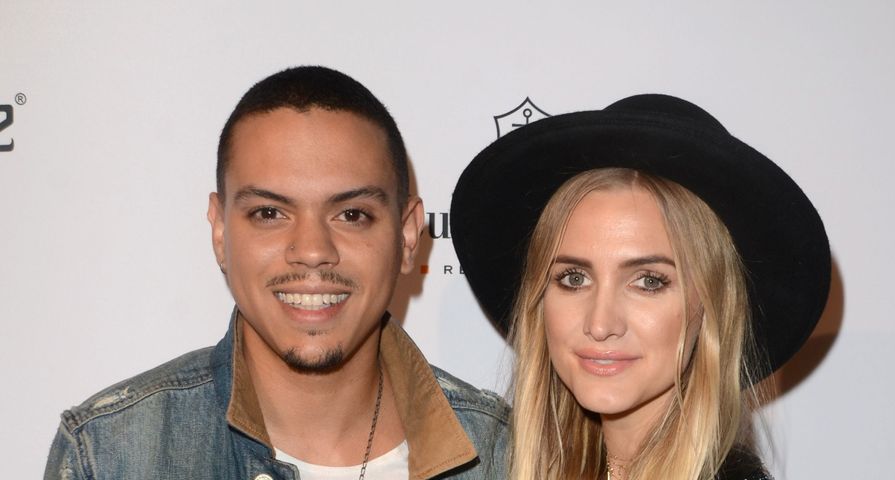 For many years Ashlee Simpson was simply known as Jessica Simpson’s younger sister, but through her own musical career she began to take on the spotlight for herself. After her highly publicized marriage and divorce from Fall Out Boy’s Pete Wentz, Ashlee Simpson has once again found love with Evan Ross who is an actor and musician, and also the son of the iconic singer Diana Ross. Now the twosome are one of Hollywood’s most adorable and low-key couples, so here are 7 things you never knew about the pair and their relationship.

Many times Ashlee Simpson and Evan Ross’ romance has been called a “whirlwind” relationship because of the pace in which they started dating and became engaged. What many don’t know, however, is that the pair were actually friends first. The two actually first met in the early 2000s while on the Hollywood club scene and had many mutual friends which meant they hung out regularly, so they were friends for 10 years before starting a romantic relationship.

After some success with her own music, Ashlee Simpson revealed that not only was she making her comeback to music in 2017, but was doing so with her husband! At an event in late 2016 she stated, “We’re working on an album together. So in the new year that will be happening!” She added that she was excited to work with Ross. “It’s been really fun to work together. This way we can tour together! I’m definitely excited. I love working with my husband. The sound is soulful, fun and reflective of the music we both like. When you work separately you don’t get to hang out — so this works out well.”

Following her split from Pete Wentz in 2011, Simpson went on to date actor Vincent Piazza, but by July 2013, she had begun dating Ross. Six months later the two became engaged in January 2014 while on vacation in Hawaii. While it seemed fast to some people, Ross admitted that he knew early on that Simpson was “the one” after only four months of dating. In late March the pair celebrated their engagement with friends at Tina Simpson’s house in Toluca Lake, California. The couple wore matching looks for the event and Ashlee shared a sweet photo from the party writing, “What an amazing engagement party with all of our loved ones! We gettin’ married.”

After a seven month engagement, Ashlee Simpson and Evan Ross were married on August 30, 2014 at Diana Ross’s property in Connecticut. Despite some rain, the day went off without a hitch which included a bohemian style theme and Simpson donned a crop top and lace skirt with Neil Lane jewelry while Ross donned a Dolce & Gabbana suit. Ashlee’s sister Jessica was the matron of honor and her son Bronx walked her down the aisle while Jessica’s two children were the flower girl and ring bearer, respectively. On top of it all Diana Ross sang her 1981 classic “Endless Love,” which was a surprise for everyone including her son and his new wife.

Like almost all celebrity couples, Ashlee Simpson and Evan Ross have had to battle their fair share of tabloid headlines and rumors about their marriage. Things got particularly bad in the summer of 2016 where an eyewitness said the two got into a huge fight while at Diana Ross’ concert at the Hollywood Bowl in L.A. In response to the vicious rumors, Ross took to his Instagram to post photos of the two together and declare his love for his wife despite what the media was reporting.

After a quick engagement and wedding, the pair wasted no time in adding to their family and in December 2014 they announced that they were expecting their first child together. Shortly before their big announcement, Ross hinted at the possibility of having kids soon while at the premiere of his film The Hunger Games: Mockingjay-Part 1, stating, “I would love to [have kids]. As many as possible!” The pair found out they were expecting over the Thanksgiving holidays and in February of 2015 revealed they were having a baby girl. In July 2015, they welcomed their daughter, Jagger Snow.

Although both are from famous families, once they were married, they lost those monikers, so Ashlee and Evan decided to change their last names. While Evan has always been known as Evan Ross, his legal last name at the time they were married was Naess, the last name of his father. After welcoming their daughter, the couple filed documents to legally change their surname to Ross-Naess in order to honor Evan’s mother.